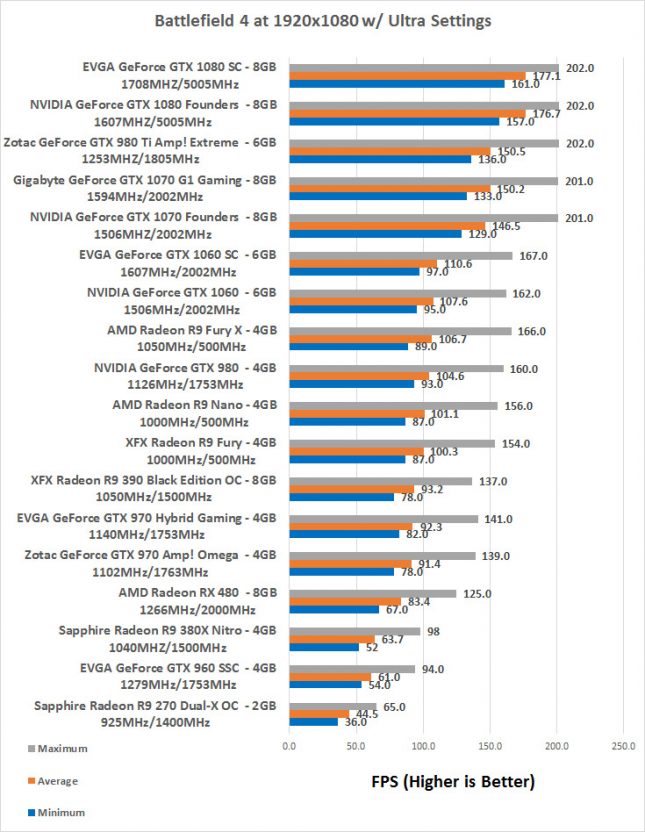 Benchmark Results: At the popular 1080p gaming resolution, the Gigabyte GeForce GTX 1070 G1 Gaming was about 4.5 FPS faster on average than the GeFOrce GTX 1070 Founders edition, but at 150FPS you won’t even tell the difference. If you have an old GeForce GTX 960 or AMD Radeon R9 380X you’ll see huge performance gains updating from a mainstream $150-$200 graphics card from just 2-3 years ago.  The Radeon R9 270 2GB from 2013 cost $179 when it was released and averages only 45 FPS, so updating to a modern 2016 graphics card will give you huge performance improvements! 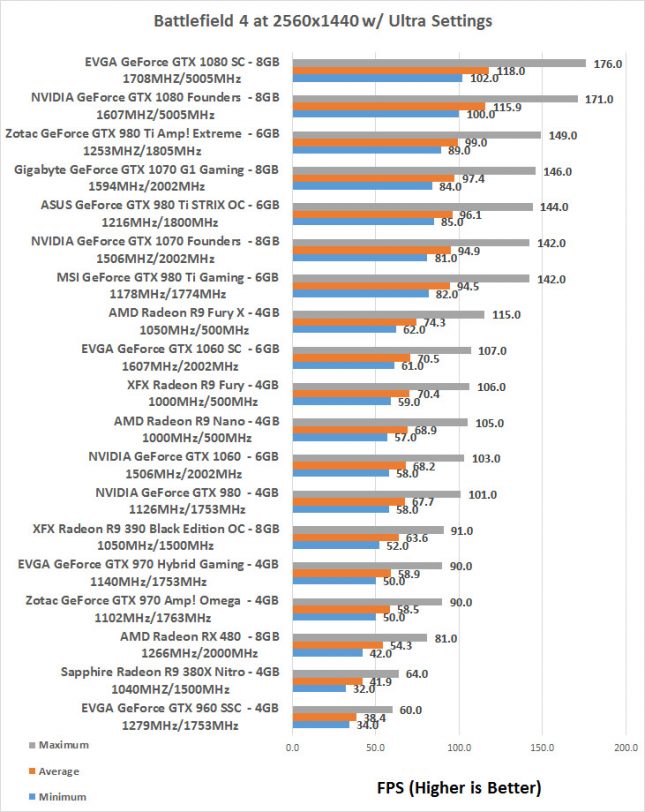 Benchmark Results: When scaling the resolution up to 2k (2160×1440), the Gigabyte GeForce GTX 1070 G1 Gaming performs like a champ with 97 FPS averages that put it right smack in the middle of the NVIDIA GeForce GTX 980 Ti cards! 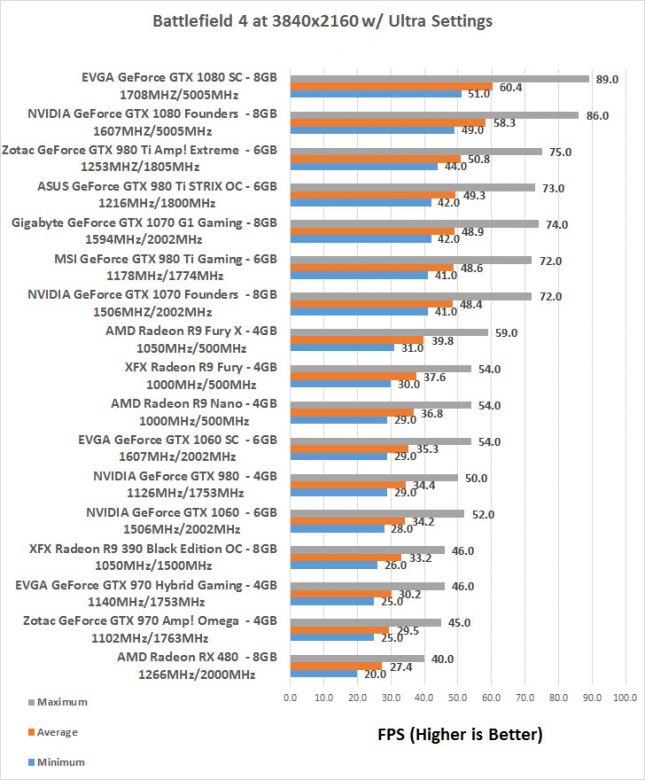 Benchmark Results:  When it comes to 4k UHD gaming, the Gigabyte GeForce GTX 1070 G1 Gaming can pull it off on some game titles and in BF4 we were hitting 49 FPS on average and that is playable. With a little overclocking we should be able to get close to 55 FPS on this title if we can get a decent overclock!