When Intel first released the NUC (Next Unit of Computing) it was intriguing to me to see where PC computing was going, it was getting smaller and smaller. Personally I wasn’t convinced about the next wave of computing, I’ve always been one who’s looking for more power, more speed and just more. Just recently I was given GIGABYTE’s take on the NUC, or at least one of their takes. The GIGABYTE Brix Mini-PC from GIGABYTE has several different versions each with different specifications:

The defining difference between each of these units is the processor, well with the exception of the GB-BXPi3-4010. The GB-BXPi3-4010 has a feature quite unlike the others, a built-in WVGA projector that is capable of a 864 x 480 screen resolution! Each of these units is a barebones system, so keep that in mind. You will have to add a mSATA drive and memory to the GIGABYTE Brix of your choice. 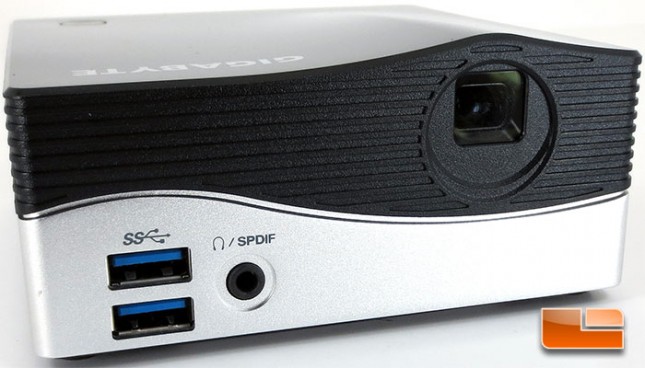 The GIGABYTE Brix BXPi3-4010 projector is rated for a screen size ranging from 7″ to 85″, not bad for an ultra compact PC and Projector in one! The chassis isn’t only attractive, it’s also functional. The aluminum construction of the Brix adds durability as well as heat dissipation.

Now that you’ve memorized the specifications for the GIGABYTE Brix BXPi3-4010 (there will be a test later) we can move on the packaging, inside and outside, and the build. Once that’s all complete we will look at the performance of the unit, head on to the next page and we can get started!