The Interior of the Fractal Design Tesla R2 650W 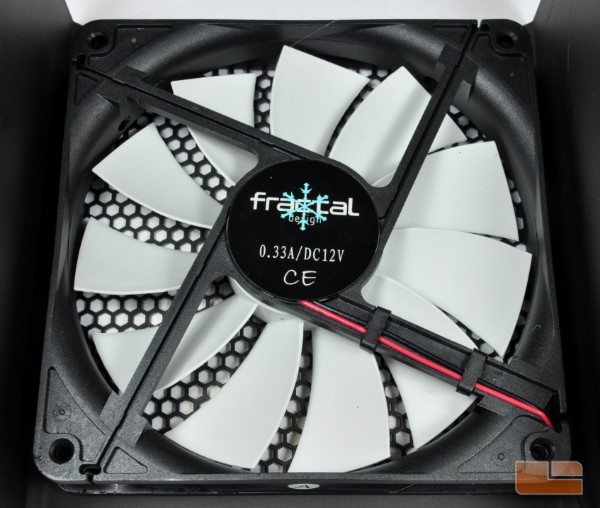 Fractal Design has rebranded the fan of the Tesla R2 650W unit; therefore we cannot identify its manufacturer or exact specifications. However, we could find out that it is a ball-bearing engine fan with a maximum speed of about 1400RPM. 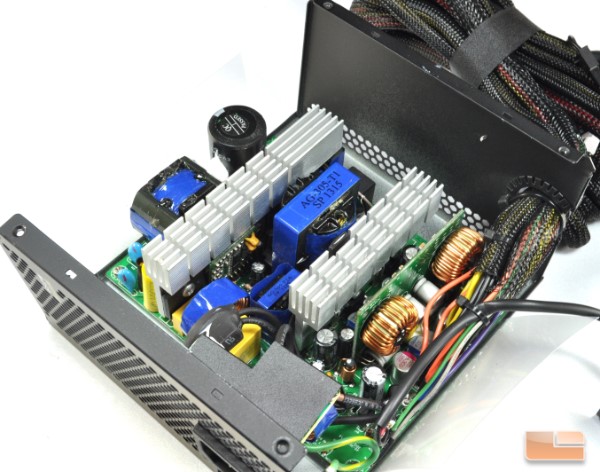 The OEM behind the Fractal Design Tesla R2 650W power supply is ATNG, a rather rare choice and the first such PSU we have seen here at Legit Reviews. The blue tape and covers are characteristics of an ATNG design. ATNG did a fine job assembling the unit, with a particularly clean soldering job. 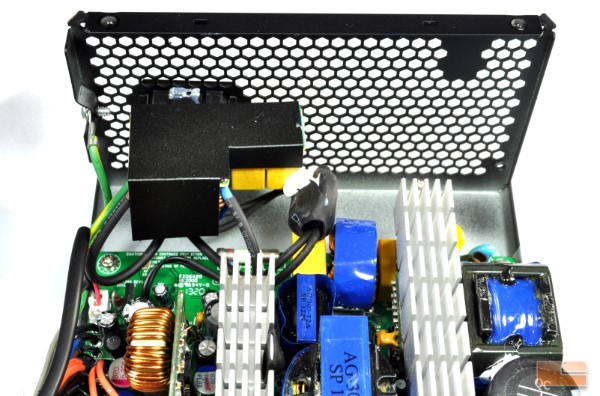 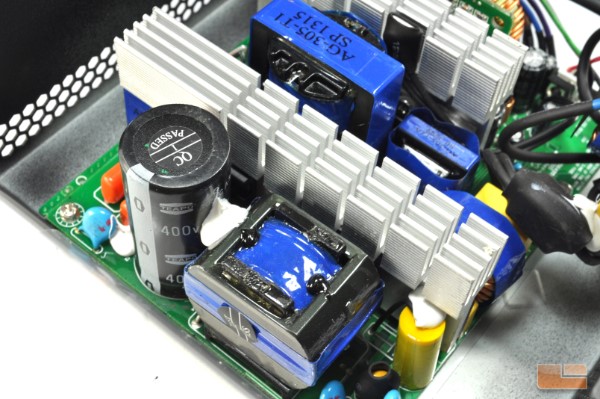 There are only two heatsinks in the Tesla R2 650W unit. The heatsink on the primary side of the transformer holds the input bridge, the active APFC components (one transistor and a diode) and the two primary inversion transistors. The passive APFC components are a sizable, shielded coil and a Teapo 400V/330uF capacitor. 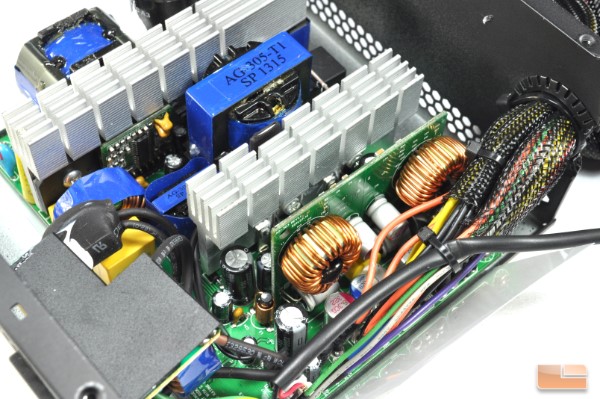 The second heatsink, on the secondary side of the transformer, holds the transistors which generate the 12V line. The 3.3V and 5V lines are generated via DC to DC converters, found onto the vertical PCB right after the heatsink. The capacitors at the secondary side of this power supply are all supplied by Teapo, with the exception of the solid-state products, which are supplied by CapXon.