As the Node 804 is split into two distinct sections, we’ll take a look at these sections individually. 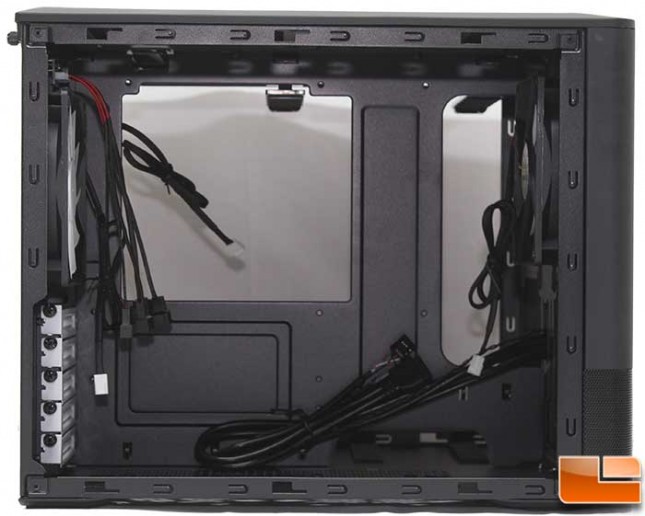 The side panel is removed by two thumbscrews at the back and then a slight pull on the handle releases the panel. The interior of the Node 804 measures approximately 13 x 107.75 x 7 (L x H x D) inches. The first thing I noticed was the large hole in the motherboard tray to allow the installation of CPU coolers without having to remove the motherboard. This is a rather large hole and should support CPU locations on both AMD and Intel motherboards. At the front of the tray is another large hole for cable management. Finally at the bottom is a smaller hole that can also bee used for cable management. 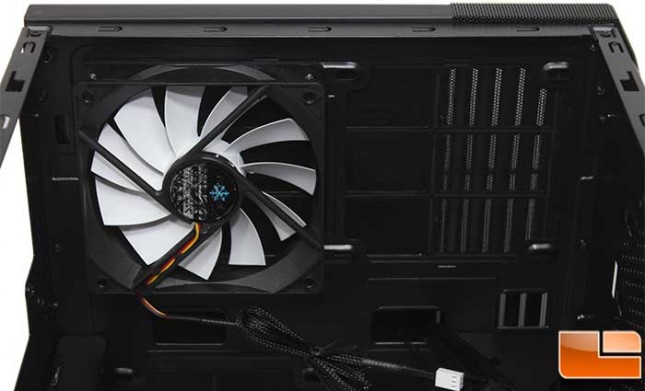 The front of this section, Fractal Design has preinstalled a 120mm front intake fan, a second fan can be installed as well. This fan is one of Fractal Designs Silent Series R2 fans, with 11 blades, it has a rated normal speed of around 1200RPM, and a CFM of 40.6; being a “Silent Series” fan, it’s noise level is 15dBA.

The bottom panel isn’t exciting, however there are two locations for additional fans to be installed. 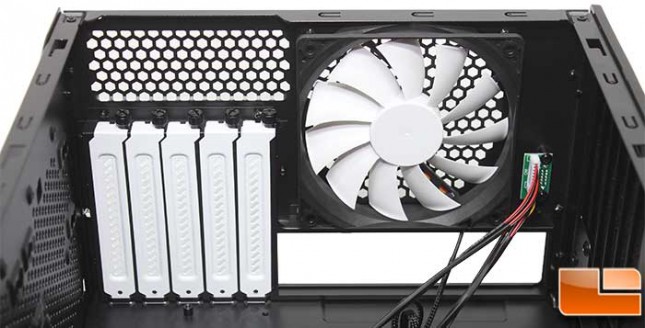 At the back we find the usual suspects, five expansion slots with vented covers held in place by thumbscrews, and additional air vents above the expansion slots. The fan in the back is another 120mm Silent Series R2 fan. Right next (or rather above) to the fan is the integrated three fan controller. 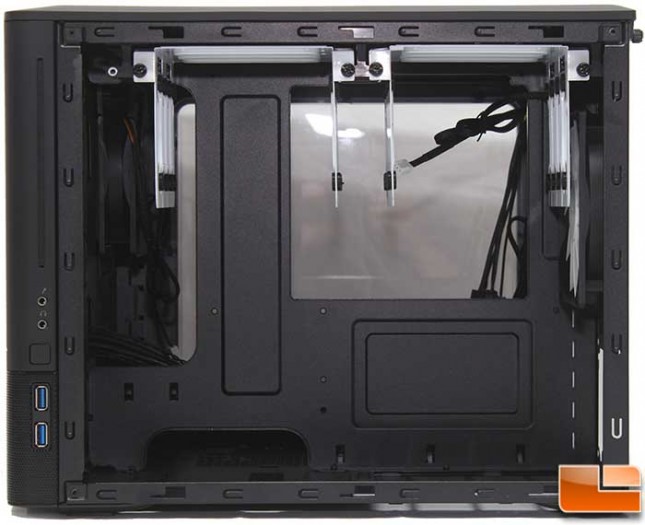 Switching to the power supply side, the first thing I noticed was the two large hard drive holders hanging from the top. As it is the backside of the motherboard tray, it looks exactly like the front side; large CPU cutout, and two cable management holes. 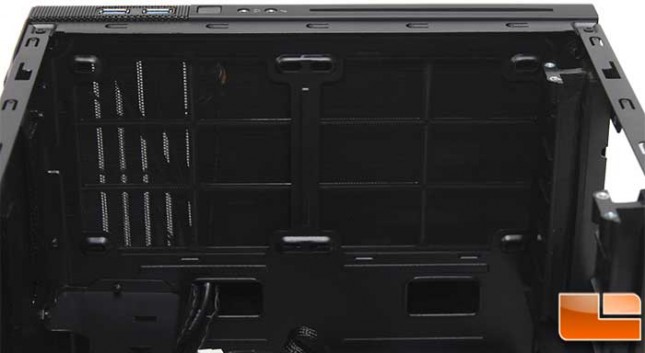 On this side of the case, Fractal Design did not install any front intake fans, however if desired two fans could be installed at the front, to blow air across the 3.5″ hard drives; and to keep it clean, we have already seen the front intake fan filters. 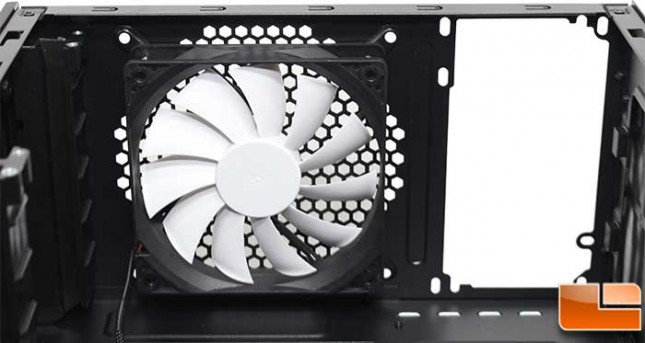 On the power supply side, the back panel really doesn’t have anything very exciting. The 120mm fan can be swapped for a 140mm or a water cooler could potentially be installed in it’s place, but I fail to see why you’d want to do that. The power supply hole supports all standard ATX power supplies, and they get installed the same say as pretty much every other power supply. 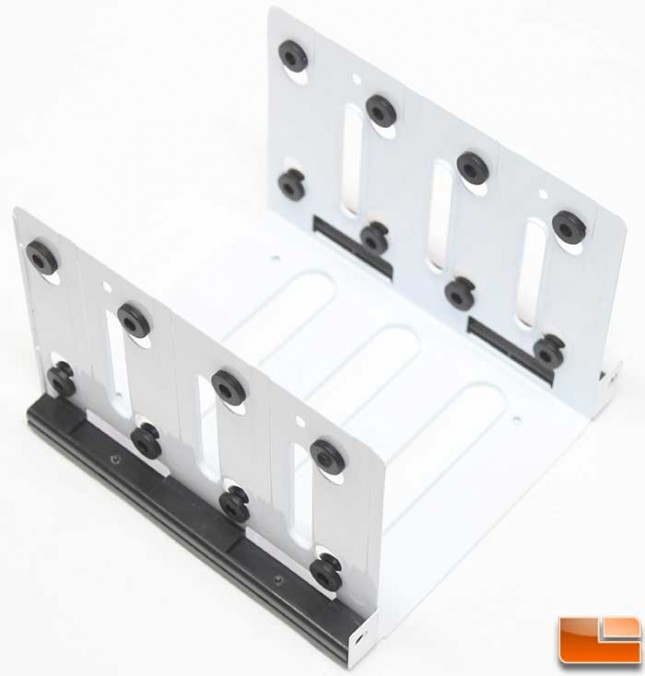 We have seen this style of drive chassis before by Fractal Design, the Node 304 uses a similar design, this has been modified to allow for four 3.5″ hard drives in each cage, providing a total of eight 3.5″ hard drives.