Fractal Design is a Swedish company that focuses on designing computer hardware that keeps with the Scandinavian minimalist viewpoint. Currently, there are four case lines that focus on different aspects of the minimalist view. The Node series, is focused on home entertainment, designing the cases to be small and to look great in any environment. 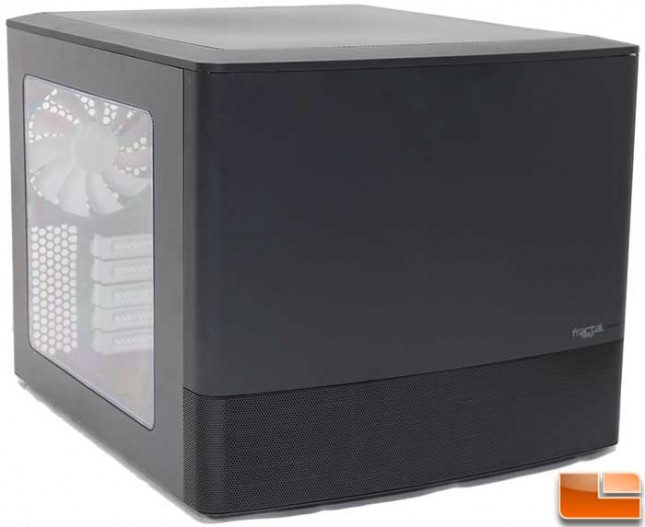 The most recent case is the Node 804, it accepts both Micro ATX and Mini-ITX motherboards, to keep it small though, Fractal Design has gone to a cube layout that separates the power supply and hard drives from the motherboard and GPU. As a cube case, it measures 344 x 307 x 389mm (WxHxD), with the case split almost in half for each of the two sections. Like most modern cases, the Node 804 supports SuperSpeed USB 3.0, up to 10 hard drives, enthusiast grade video cards and CPU coolers. 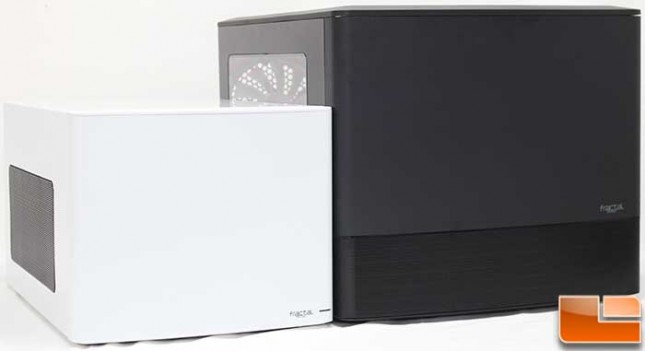 While the previous Node, the Node 304 was available in both black and white, the Node 804 is currently only available in black, and includes a side window to showcase the interior components. The latest to the Node line is just becoming available, while it can not be found online just yet, we have been told it has a MSRP of $109.99, and will ship with a one year warranty. 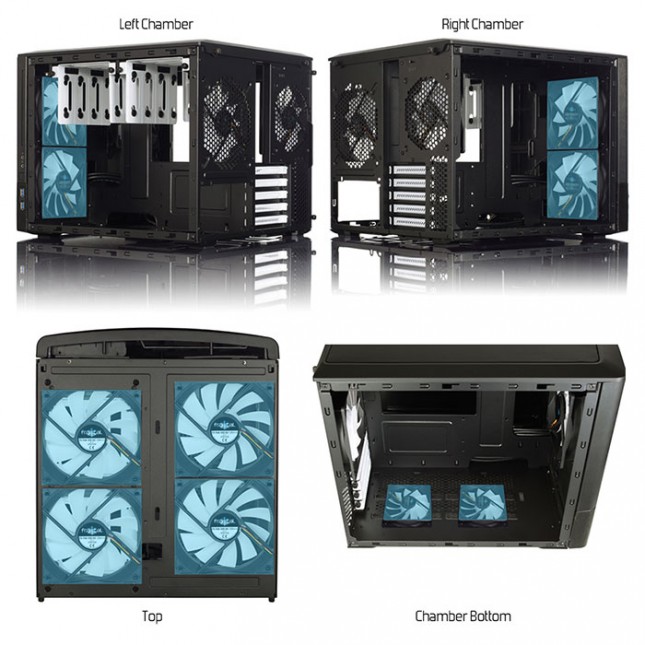 While the Node 804 is fairly small, that doesn’t mean it lack cooling potential. With the separation of the various components, Fractal Design has made it so users can focus the cooling where they want it the most. The Node 804 can support up to twelve fans; four 120/140mm in the front, four 120/140mm at the top, two at the back of the case (one 120mm and one 120/140mm), and finally two 80mm at the bottom of the motherboard section. However, if liquid cooling is preferred that is also compatible with the Node 804; two slim 240mm radiators can be installed at the front or two 240mm radiators at the top, keeping in mind that each of these will have other restrictions, you could also swap the 120mm fan for a small 120mm radiator to cool the CPU.

The dual chamber layout separates hot running components from the cooler ones and allows for unrestricted airflow over the motherboard, processor and graphics card.