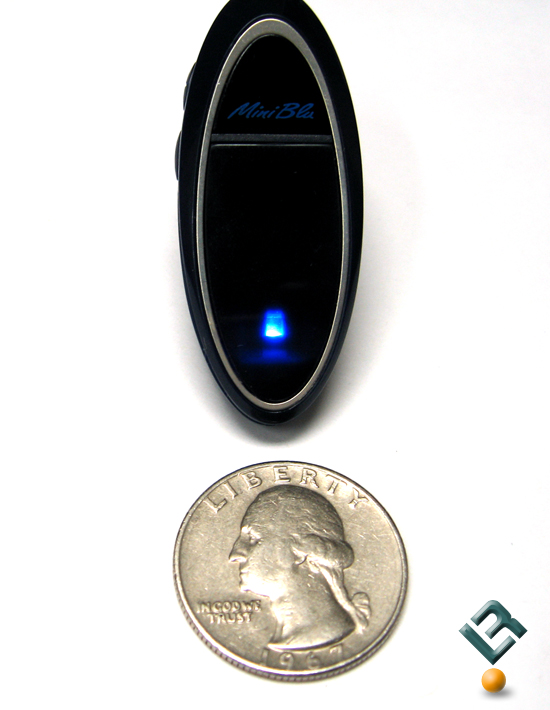 Trying to use the Mini Blu headset without attaching the earhook is nearly impossible. The padding around the speaker can in no way be reshaped and is quite hard to place in the ear.  Rather, you have to use the ear hook to keep the headset in place.  I at first wanted a fit that was similar to the Plantronics where the ear hook was optional, but I found that wearing the Mini Blu in this configuration was not that bad at all.  Wearing the Mini Blu for extended amounts of time was not a problem at all and was very confortable. 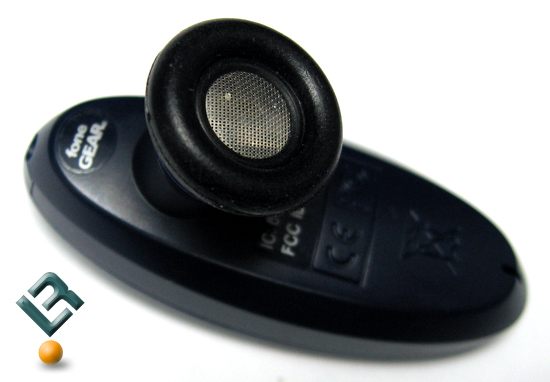 Pairing the Mini Blu device was very simple.  One thing to note here is that normally when you pair BT headsets, the pairing code for your mobile device is usually “0000”, but Fonegear has assigned “1234” as their code of choice.  Nothing wrong with that, but since we review so many headset here at Legit, we can see ourselves loosing the manual and trying to figure out what the code is.

Sound quality from the speaker wasn’t that great.  For each of our test devices, (Palm Treo 650/700p/750, Motorola RAZR, MDA Vario) we maximized the volume on each device and on the Mini Blu headset.  In a quiet room or office, the performance was fine, but when walking or riding in a noisy environment, we found ourselves cupping our ear to hear the conversation.

When speaking, this headset does only the bare minimum in providing noise cancellation for your conversation.  Unlike many headsets reviewed here, the Mini Blu doesn’t mention it’s ability (or lack thereof) to cancel out room noise or wind.  As a result, this is not the best headset to use if you are commonly in a noisy environment.  When we tried to use this headset traveling in our vehicle with the windows down, not only could our party not hear us, but we could not hear the person we were talking to.  Again, I must emphasize that Fonegear never claimed the Mini Blu to be a noise cancelling set – so our reigning noise cancelling champion, the Qstik EVOQ, has nothing to worry about.

Range for this headset was a bit lacking.  Typically, we can get around 20-30 feet (6-9 meters) away before we start hearing static.  For the Mini Blu we could only get about arms length away before we started experiencing static.  Sound was unintelligible at about 18-20 feet (5-6 meters).  This performance was probably the worst of all the headsets that we have reviewed here at Legit Reviews.  The headset was quite functional while you were at arms length, but for those of us who like to be hands-free and roam the room while talking, you might have problems with reception.

Battery life for this little guy was quite good.  We were able to use the set for almost two full days of “normal” use at the office.  Honestly, the talk time seemed more than the advertised 4 hours.