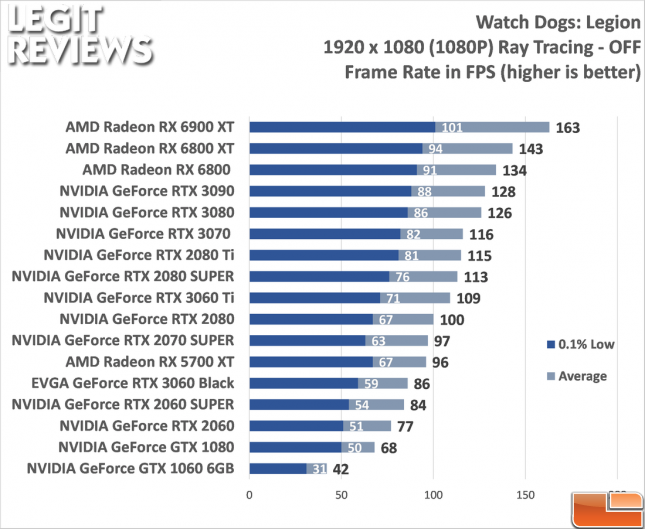 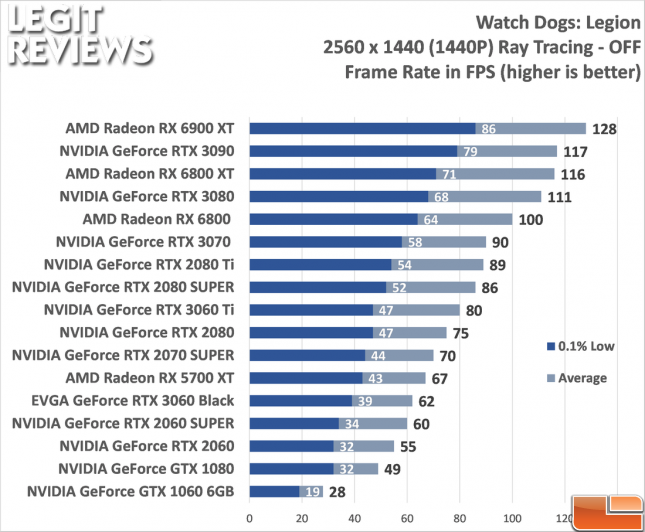 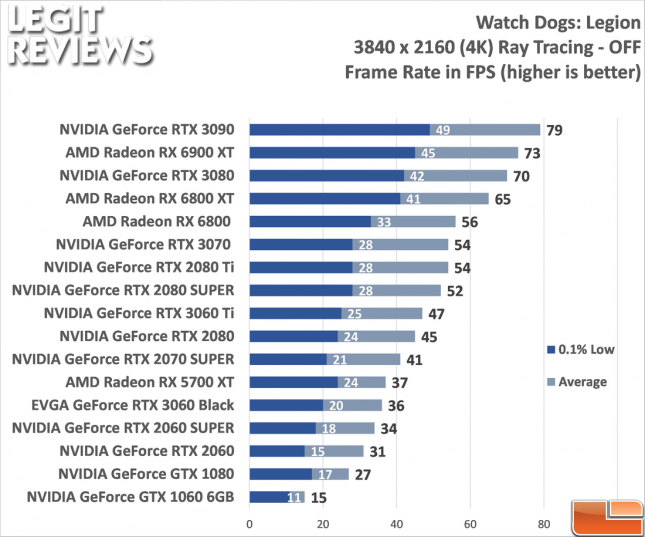 Performance of the EVGA GeForce RTX 3060 Black was great on Watch Dogs: Legion as we were averaging 86 FPS at 1080P and 62 FPS at 1044P with the very high image preset. This puts it about 12% faster than the NVIDIA GeForce RTX 2060 FE at 1080P and just ahead of the RTX 2060 SUPER FE card. The AMD Radeon RX 5700 XT is slightly faster, but you can see the performance gap close there as the resolution increases. 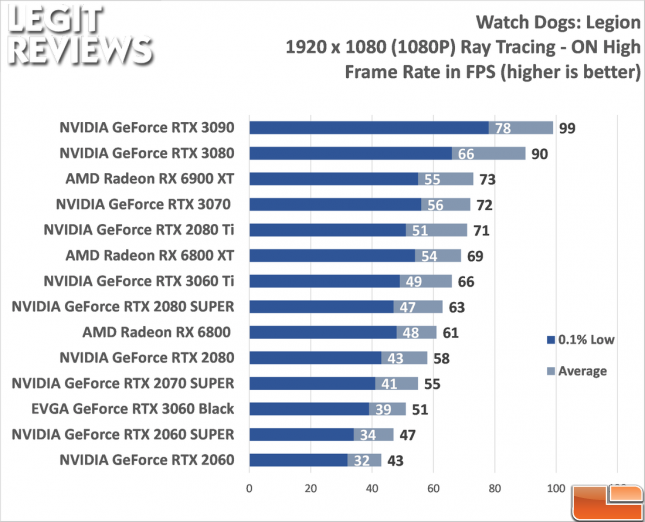 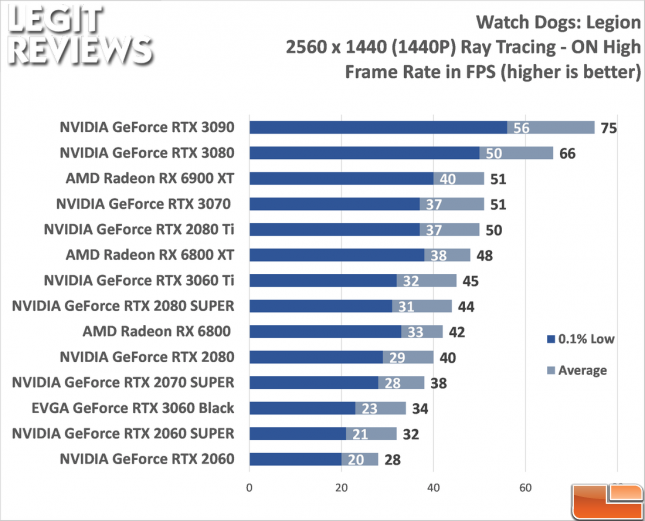 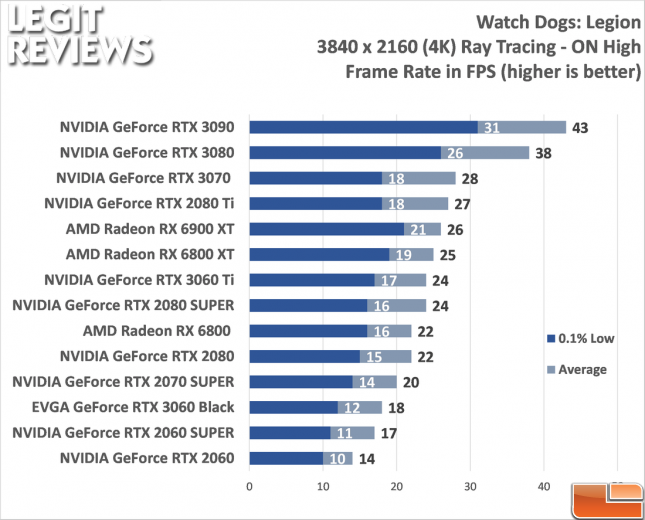