[email protected] projects are now fully CUDA-enabled thanks to the open source OpenMM toolkit, so we wanted to see how the NVIDIA GeForce RTX 3060 does on this application. 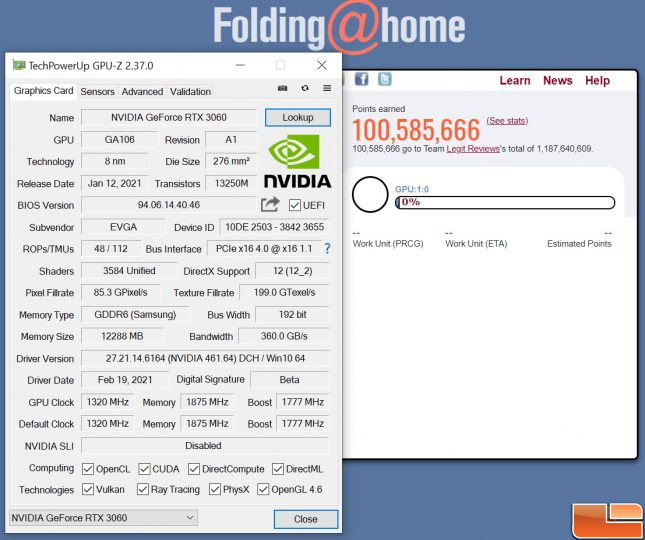 Sadly, the GeForce RTX 3060 was blocked from receiving work units before launch and even on launch morning. We’ll be sure to update this section once we can get it to work! 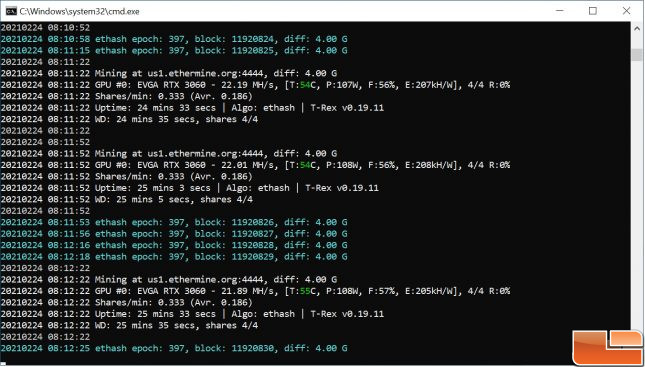 When it comes to cryptocurrency mining we fired up T-Rex v0.19.11 and did some Ethereum (ETH) mining on the EVGA GeForce RTX 3060. We found that it was getting about 22 MH/s straight out of the box with absolutely no adjustments. The NVIDIA GeForce RTX 3060 Ti gets about 58 MH/s, so NVIDIA has successfully nerfed mining performance on this model. With 22 MH/s you are looking at a profit of about $2.30 per day before expenses at todays current price and difficulty. The NVIDIA GeForce RTX 3060 Ti gets about $6.60 per day before expenses.

We fired up some 3D applications and game titles before and after the miner was launched to see if we could increase the mining performance, but those attempts failed. Performance would drop well below 10 MH/s.

Ethash performance has been crippled, but what about other cryptocurrencies? We’ve been hearing good things about KawPow the mining algorithm in the Raven (RVN) network. Some people are calling this the poor mans bitcoin and it can be mined using the same GPU miner that is used for mining Ethereum – T-Rex v0.19.11. 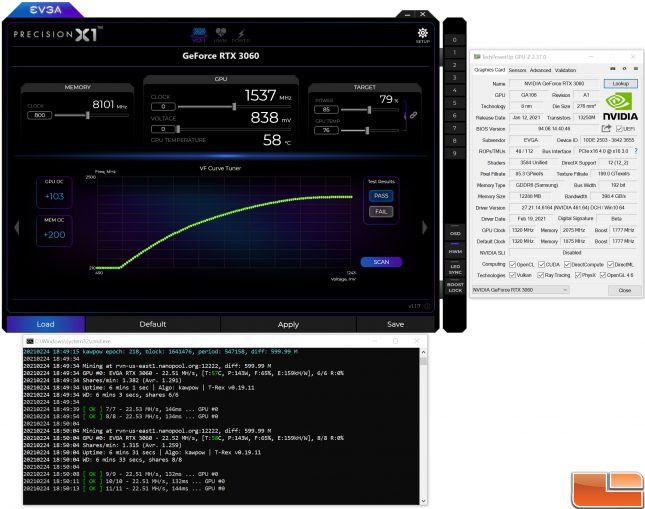 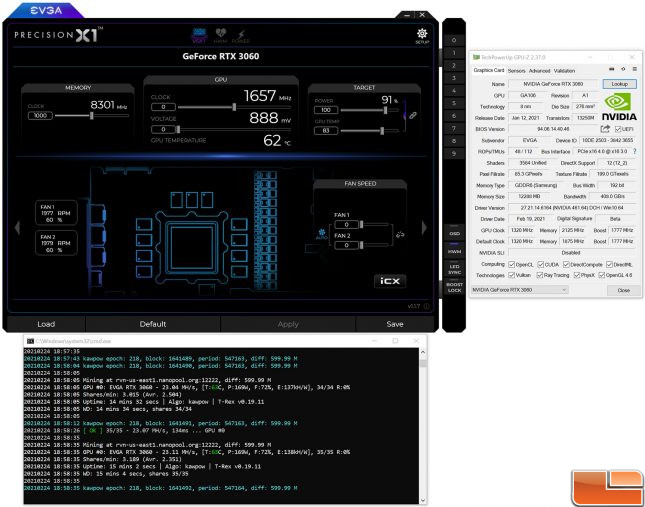 So, the take home message here is that Ethereum mining performance has been crippled, but there are many coins out there to mine and not all mining algorithms appear to be targeted. Another coin besides Raven that is getting some good feedback from the community with regards to mining on the 3060 is Conflux (CFX) that uses the Octopus algorithm.