To overclock the EVGA GeForce RTX 3060 Black graphics card we first turned to NVIDIA Scanner in EVGA Precision X1 v1.1.7. This one-click overclocking tool makes overclocking easy and this is a great starting point to dialing in an overclock for your unique graphics card. 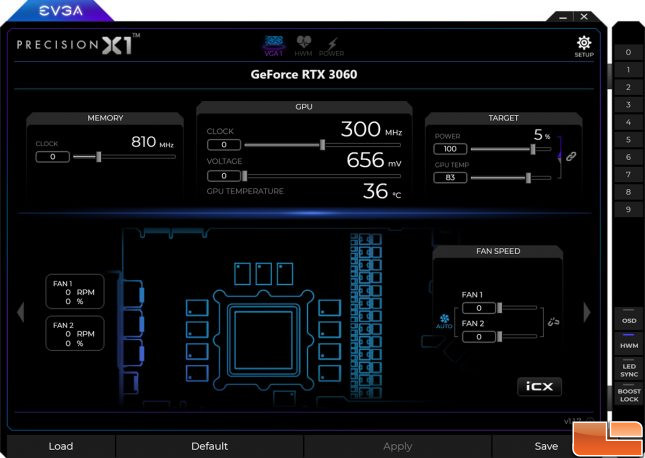 After trying the auto-overclock feature we ended up finding out that the test passed and it said we should be able to get a +103 MHz overclock from the GPU and +200 MHz on our particular sample. 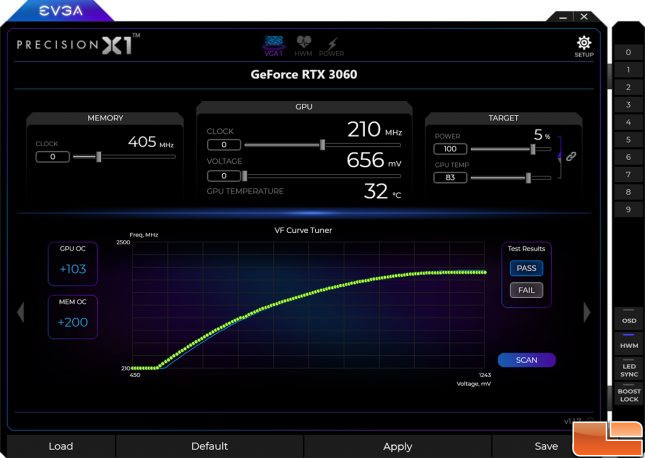 We then manually overclocked this card with EVGA Precision X1 software and found that +150 MHz on the GPU and +500 MHz on the memory was a nice happy place. This overclock is higher than what the scan tool showed was possible and was rock solid on our card. The power target could be increased to 112% and we also increased that on our card to help limit power draw from being a factor in holding back performance. 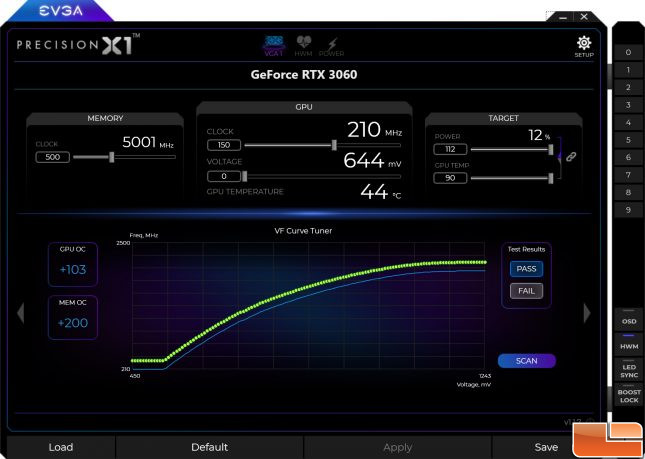 Let’s see what this overclock could do. 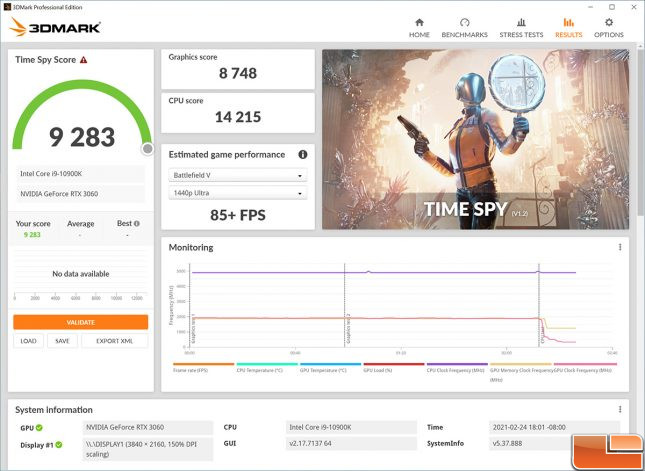 A quick run of 3DMark Time Spy shows that we were getting 9,283 points on a single run on the EVGA GeForce RTX 3060 Black. Yes, this score is different (higher) than the one shown earlier in the review as that was an average of multiple runs and this is a single score. 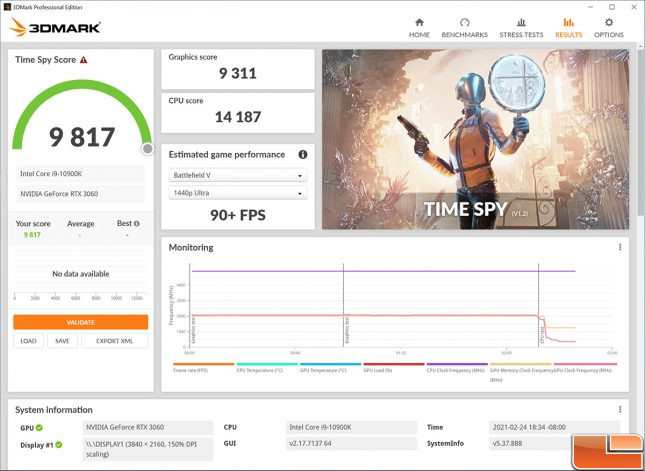