The discrete graphics card market is pretty much wiped out right now as gamers and cryptocurrency miners are buying up every single card they can get their hands on. We personally know gamers that have been trying to buy graphics cards for months with no luck. Many have blamed miners for the current GPU shortage and it looks like NVIDIA is finally doing something about it. They are nerfing mining performance on the new GeForce RTX 3060 series cards that are launching today to help reduce the number of cryptocurrency miners from buying cards aimed specifically to gamer!

NVIDIA has said they will not be limiting the performance on any existing products in the market, so the launch of the GeForce RTX 3060 is unique in that regard. Earlier this month NVIDIA introduced their Cryptocurrency Mining Processor (CMP) series of cards that will be marketed to miners. The chips used to make the CMP cards are basically the fallout from binning GPUs for the GeForce series. So, we are told that the new CMP cards shouldn’t impact the supply of GeForce cards. 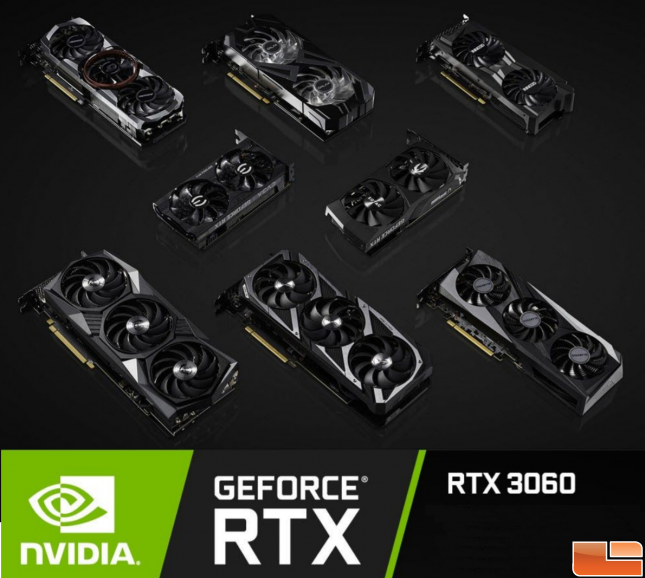 You have 112 3rd Generation tensor cores, 28 2nd generation RT cores, 112 texture units and 48 ROPs. That is about 1.8x the CUDA cores of the RTX 2060. You are looking at 12.7 TFLOPs of shader performance and the RT Cores deliver the equivalent of 24.9 TFLOPs of performance. This brings a combined 37.6 effective TFLOPs of performance while ray tracing. You also have 102 Tensor TFLOPs with the new sparsity feature. The Total Graphics Power (TGP) of the 3060 is 170 Watts – up slightly from 165 Watts on the 2060 Founders Edition model from last generation. 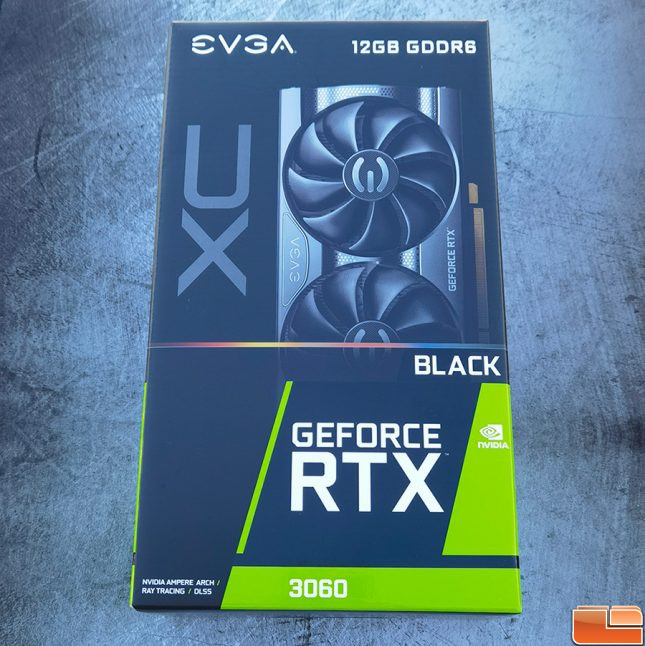 EVGA has no plans to raise pricing at the moment due to the current tariff situation in the United States of America. Not all board partners are doing this though and some are passing the cost along to consumers. We’ve seen GeForce RTX 3060 models priced over $500 form other manufacturers! 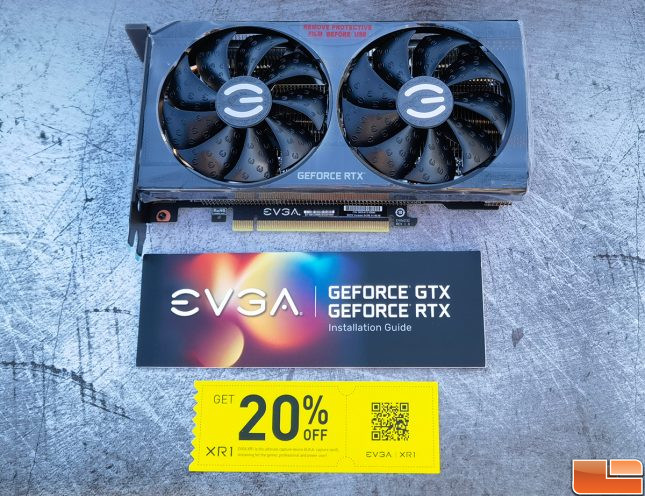 Inside the retail packaging you’ll find the card, an installation guide and a voucher for 20% off an EVGA XR1 capture device. 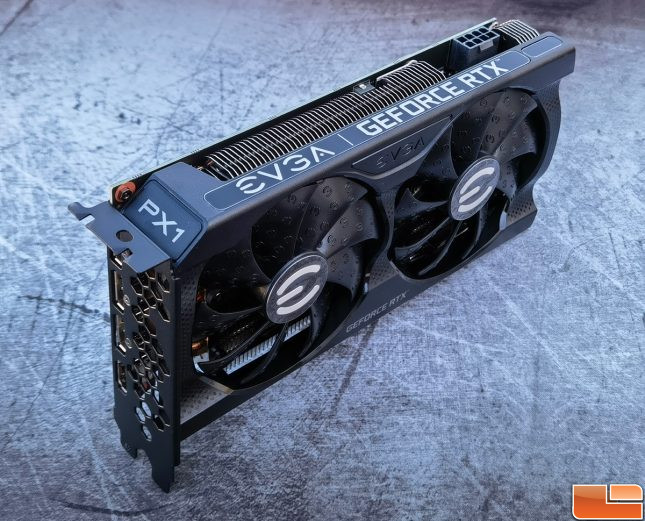 The EVGA GeForce RTX 3060 Black is 2-slot graphics card with a pair of axial-fans that measures 7.94-inches in length (201.8mm) and 4.33-inches (110mm) in height. This is one of the smallest graphics cards that we have seen in some time and should easily fit in a desktop PC. 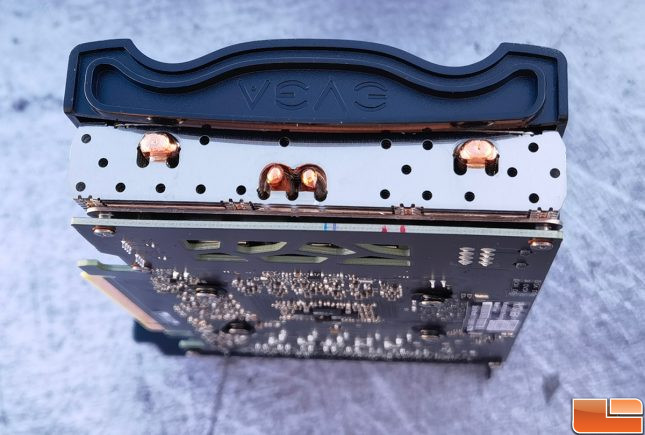 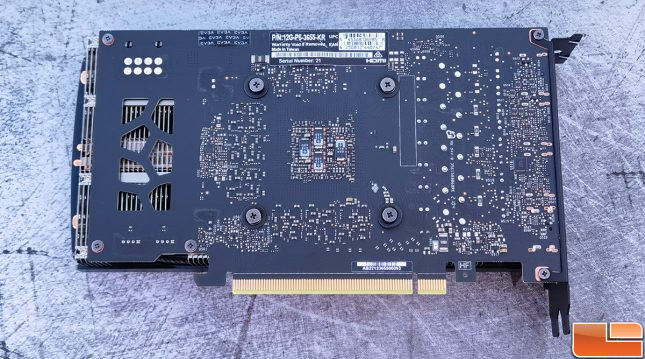 When you flip the EVGA GeForce RTX 3060 Black card over you’ll see this model lacks a backplate of any sort. The PCB has holes cut out near the end for a ‘flow through’ design. This has been a trend we’ve seen recently with graphics cards and it seems and how the right fan blows across a fin-stack that has several heatpipes in it. 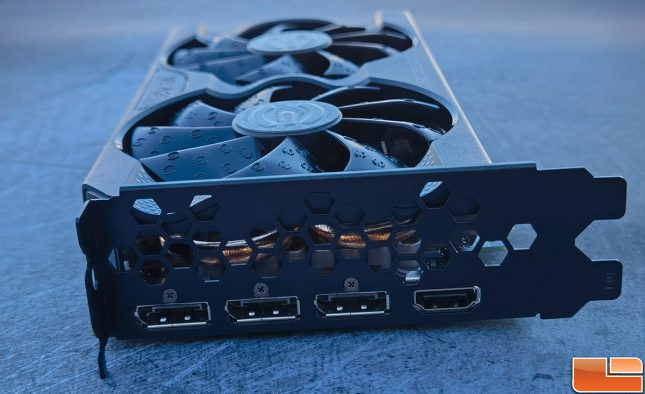 When it comes to display connections you’ll find three DisplayPort 1.4a connectors and a single HDMI 2.1 connector. The DisplayPort 1.4a outputs support Display Stream Compression (DSC) 1.2a. The RTX 3060 uses the 7th Gen NVENC encoding engine and the 5th Gen NVDEC engine. This means that AV1 decode support is offered on this card along with support for MPEG-2, VC-1, H.264, H.265 (HEVC), VP8, and VP9.

Here is a closer look at the top of the EVGA GeForce RTX 3060 Black graphics cards. 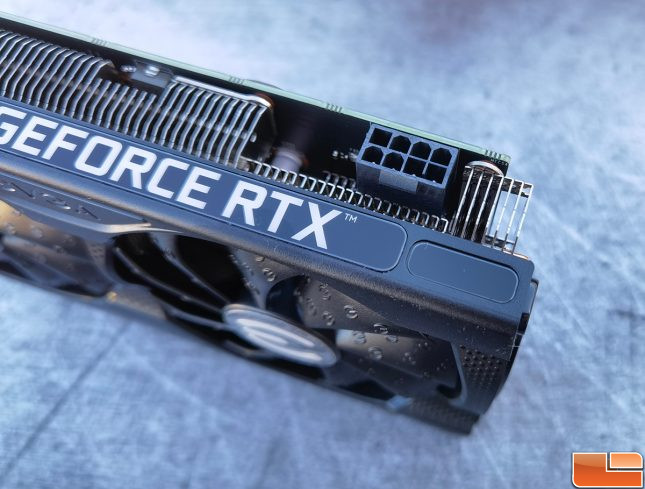 The 3060 Ti card has a Total Graphics Power (TGP) rating of 170 Watts and EVGA recommends a 550W or greater power supply for their GeForce RTX 3060 Black.

Let’s take a quick look at the test system and then see how the GeForce RTX 3060 performs!