Overclocking the EVGA GeForce RTX 2070 XC is pretty simple as you can use NVIDIA Scanner to do so. This new one-click overclocking tool uses an intelligent testing algorithm and specialized workload designed to help find the maximum, stable overclock on their cards. This process takes about 15 minutes and always you to walk away and come back to find out what a good safe max overclock could be. This eliminates trying multiple overclocks and checking stability. When NVIDIA Scanner is done, the Scanner will have found the maximum stable overclock throughout the entire frequency and voltage curve for your specific card. The only issue with the NVIDIA Scanner is that it doesn’t touch the memory, so this is only for the core clock speeds. We ran NVIDIA Scanner in Prevision X1 v0.3.2.0 and it kept coming back with no results, so we just manually overclocked our review sample. 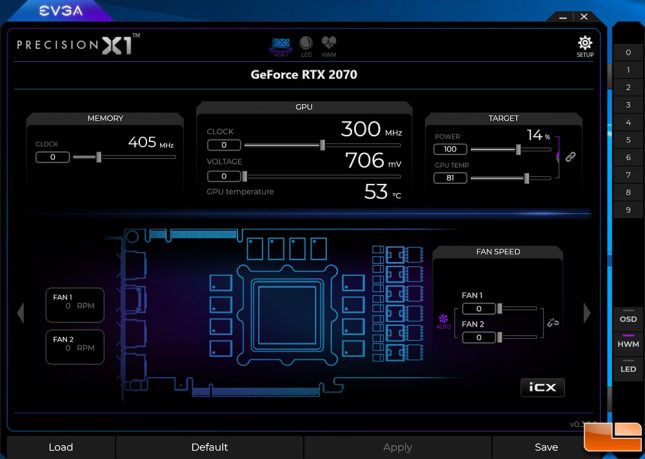 We managed to push the memory up 850 MHz and the core clock up 150MHz. We also raised the GPU power target up to as high as it would go. This was benchmark stable and we didn’t experience any crashing. It should be noted that the GDDR6 memory would run with an overclock of 1000 MHz, but we’d get some bright flickering when playing games like PUBG and Call of Duty for an extended period of time. If we pushed the core clock much higher games and benchmark applications would just freeze and force us to do a hard reboot. 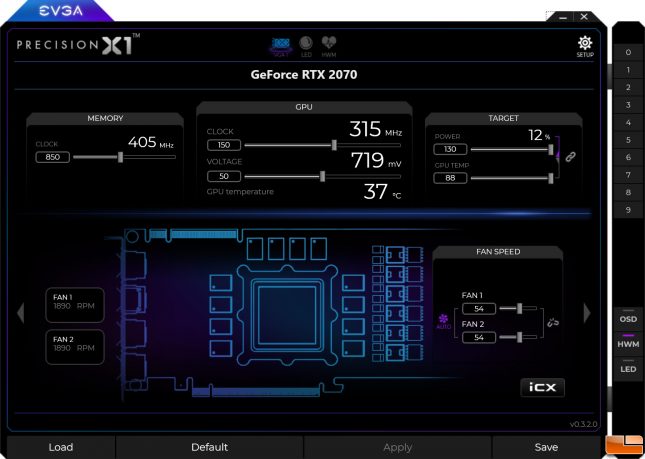 So, stock right out of the box we were getting 8,676 points on 3DMark Time Spy. 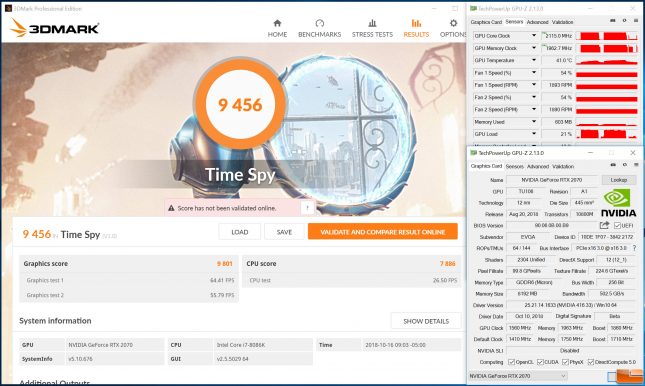 We are already about 15% faster than a GeForce GTX 1080 FE at 1440P right out of the box, so overclocking will give you another nice performance boost. 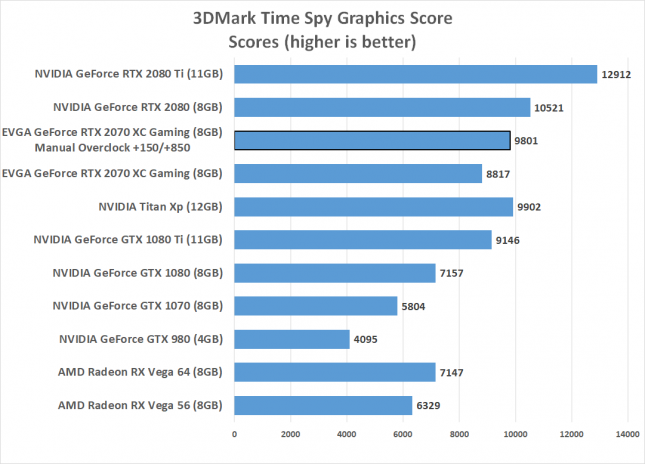 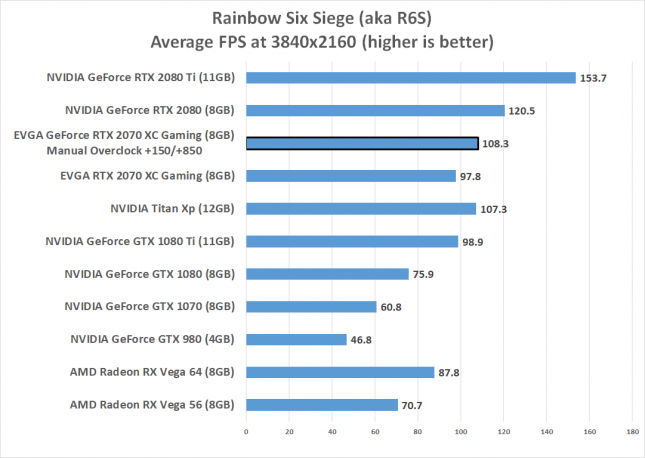 In Rainbow Six Siege the average FPS went from 97.8 to 108.3 with the overclock. This 10.7% improvement was enough to put the 2070 XC Gaming ahead of a stock NVIDIA Titan Xp (Pascal) graphics card! 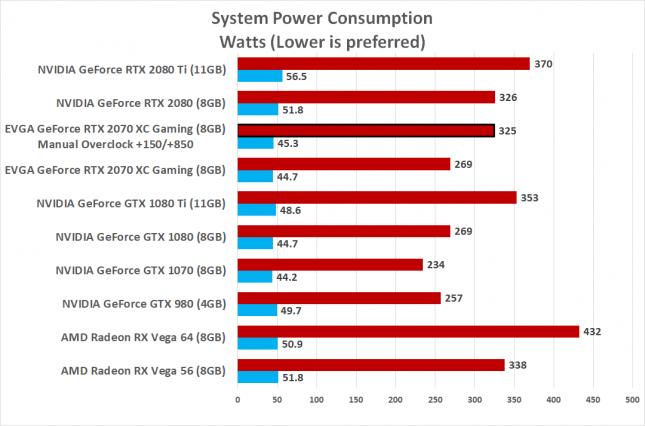 This overclock does increase the power consumption of the card though as we went from ~270 Watts up to 325 Watts in our power test. So, overclocking with the settings we used means that you’ll be consuming about 55 Watts of additional power. 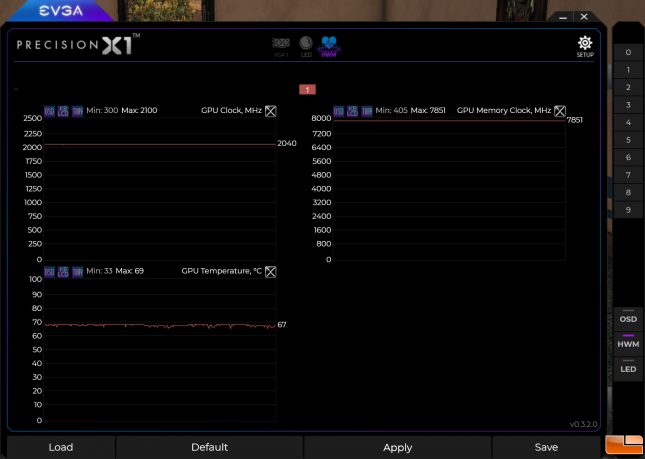 Temperatures are also up to nearly 70C with the overclock and you also have more fan noise since they are spinning faster with the higher speeds. After playing PUBG for about an hour we noticed the clock speed was around 2040MHz with the +150MHz core overclock.

We are extremely happy with this overclock and it’s impressive that you can take a Turing TU106 GPU in the $499 to $549 price range and have it perform better than the flagship Titan Xp (Pascal) card from the previous generation.