We used the Cyan Room to benchmark our cards as it is a DirectX 12 benchmark. Sitting between the Orange and Blue Rooms, it features a large, complex scene and many eye-catching effects.
Cyan Room shows how using an API with less overhead can help developers deliver impressive VR experiences even on modest PC systems.  The target frame rate for the Cyan Room benchmark when running in desktop mode is 109 FPS. The rendering resolution is 2264 × 1348, which is 1132 × 1348 per eye. 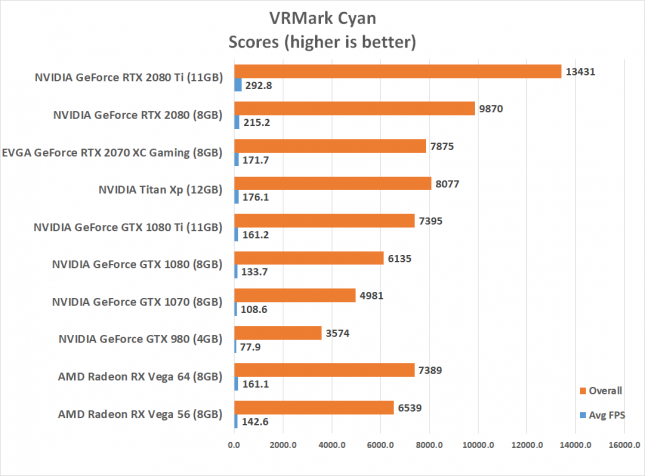 Benchmark Results: The EVGA GeForce RTX 2070 XC Gaming came in with a score of 7,885, which is just behind the 8,077 points that we scored on the Titan Xp! Pretty impressive results. 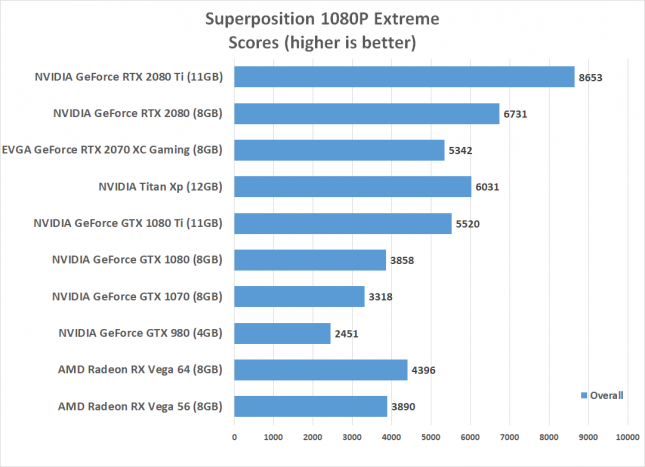 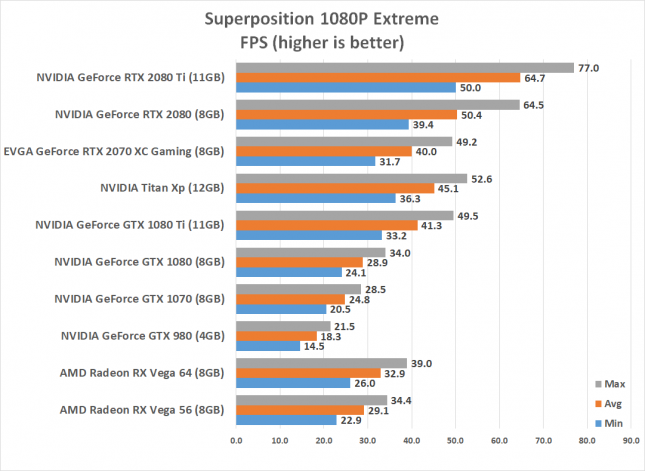 Here are the FPS results from the benchmark for those that would like more details. The EVGA GeForce RTX 2070 XC was able to average 40 FPS, the 2080 FE averaged 50 FPS and then the flagship 2080 Ti came in at nearly 65 FPS.