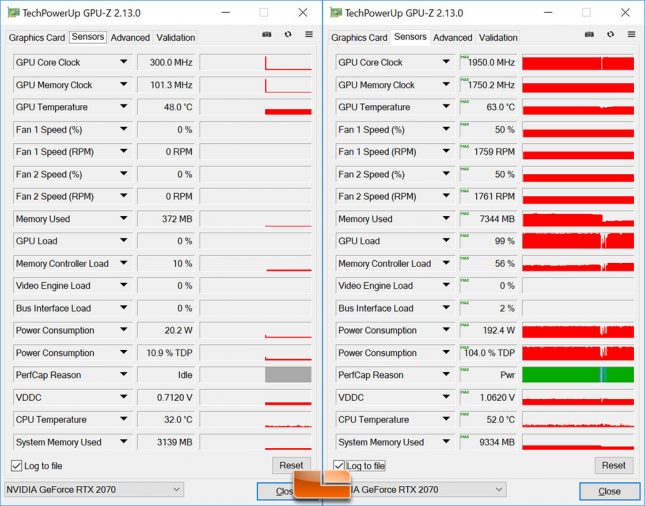 The EVGA GeForce RTX 2070 XC fans don’t spin at idle, so the idle temperature was higher than normal at 48C. After playing PUBG for over an hour at 1440P we found that the temperatures topped out at 63C with the fans spinning at 50% or roughly 1750 RPM. Noise levels were more than acceptable and this GPU cooler shouldn’t be heard from a couple feet away over your other case fans in a PC with good airflow even while gaming. 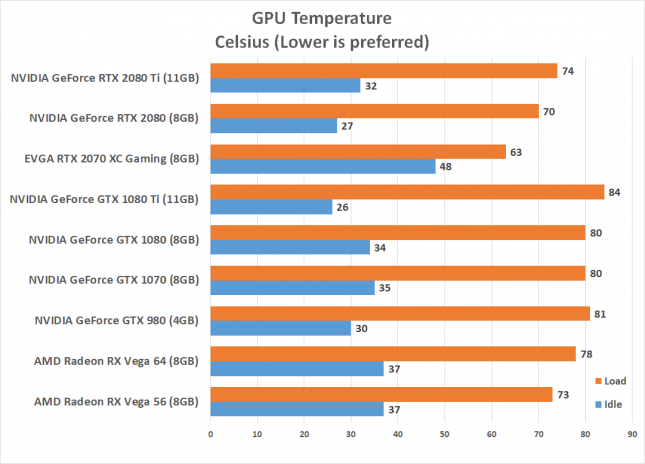 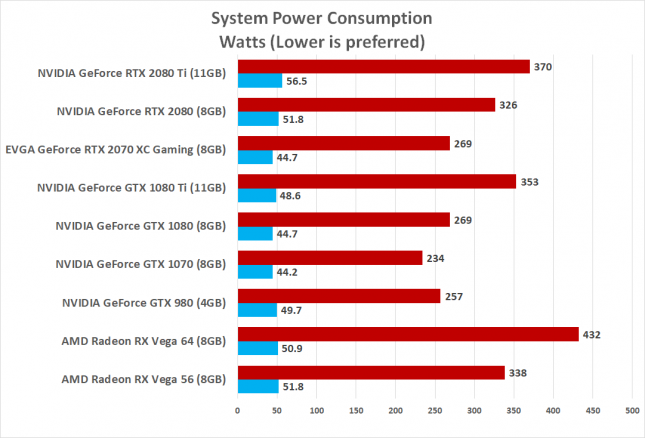 Power Consumption Results: The EVGA GeForce RTX 2070 used about 45 Watts of power at idle and almost 270 Watts at load. What was impressive is that these are exactly the same numbers that we got on the NVIDIA GeForce GTX 1080 FE, so NVIDIA is able to get better performance than a GTX 1080 FE at the same amount of power!