Temperatures are important to enthusiasts and gamers, so we took a bit of time and did some temperature testing on the the EVGA GeForce GTX 960 SSC 4GB video card. 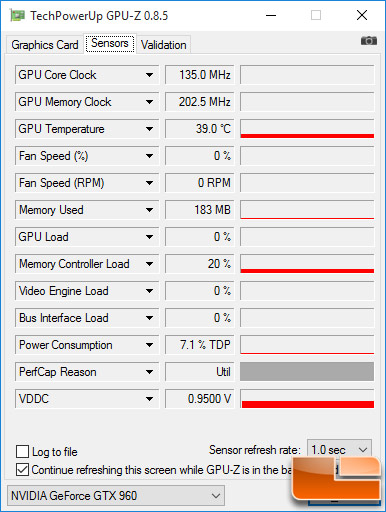 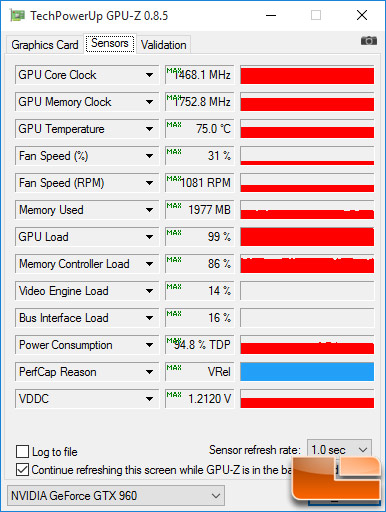 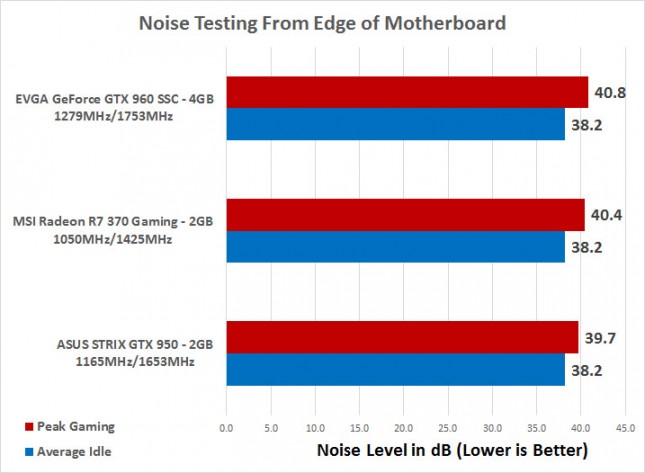 All of the cards have no fans spinning at idle, so the idle noise is the same on all of the cards. The only reason the system is above ambient noise levels is due to CPU’s water cooler fans and pump noise. Even with the fans running the EVGA GeForce GTX 960 SSC 4GB  hit just 40.8dB, so this is a very quiet card and that will appeal to many gamers. We didn’t notice any choke noise when gaming when we tried the card in a PC case. The noise between the three cards we tested was pretty much the same at both idle and load since none of the fans spun at idle and all GPU coolers were dual fan models with low RPM fan speeds.