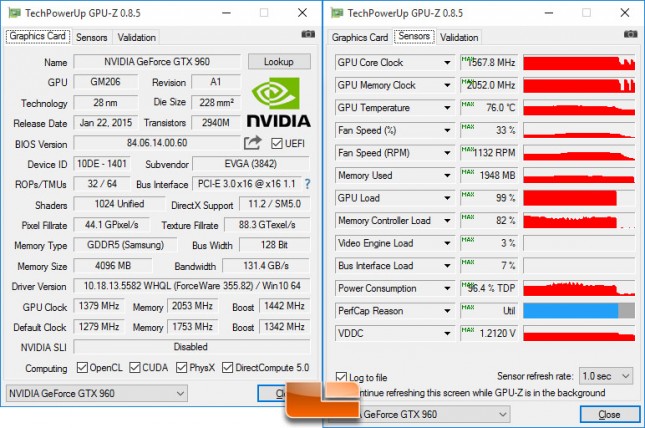 This overclock meant that we were running at 1567.8 MHz at times thanks to NVIDIA Boost 2.0 on the core, which is one of the highest clocks we have gotten for the GM206 ‘Maxwell’ GPU on any GeForce GTX 950 or GeForce GTX 960 video card! 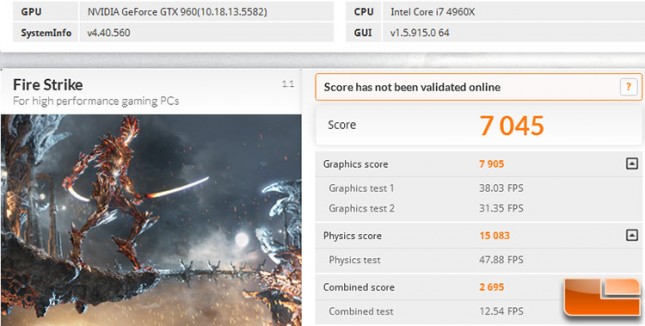 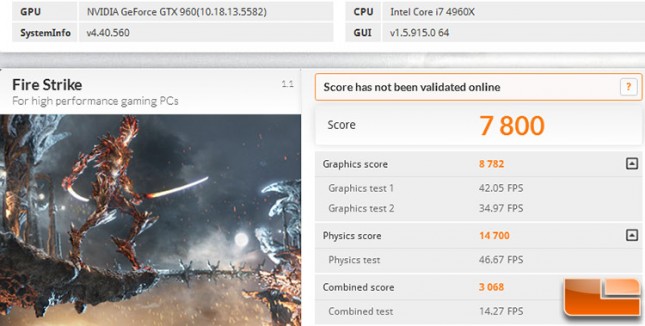 By overclocking the EVGA GeForce GTX 960 SSC 4GB video card we were able to take the stock score of 7045 and raise it up to 7800. This is a 755 point increase in our overall 3DMark score, which represents a performance gain of 10.7 percent. Not a bad little performance gain that didn’t cost us anything and was done without altering the GPU voltages. 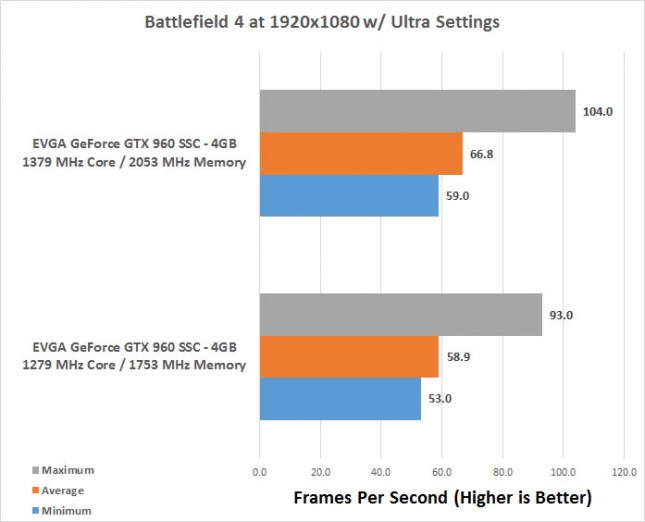 In Battlefield 4 the overclock got us a 13.4% performance increase, so we actually saw a bigger gain in a real world game title rather than a synthetic benchmark!