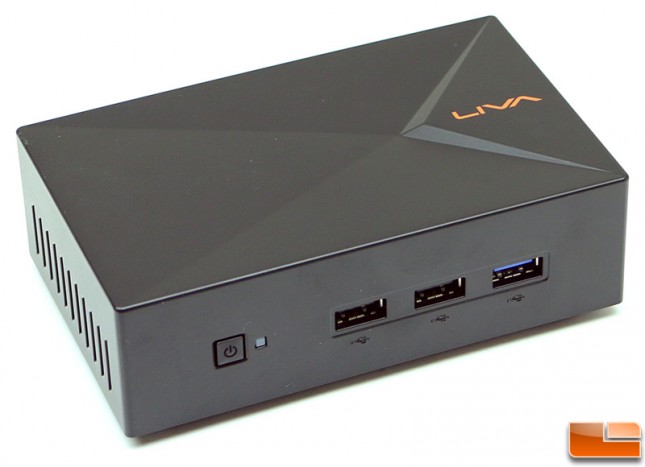 The ECS LIVA X is said to be very energy efficient, so we figured we’d take a look and see how much power the system uses. 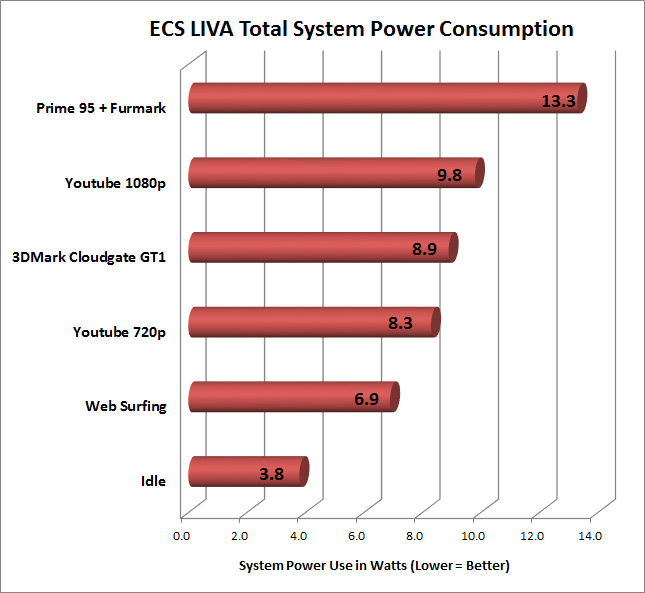 With the ECS LIVA X w/4GB of RAM and 64GB of eMMC running Windows 8.1 the entire system was consuming just 3.8 Watts of power from the wall outlet when idling! When surfing the web we topped out at 6.9 Watts of power and when watching Youtube videos we topped out at just under 10 Watts of power draw. Youtube videos. We also ran Prime 95 and found that we hit 6.6 with the blended workload and if we fired up Furmark when Prime 95 was running we peaked at 11.6 Watts of power. This is less that your average light bulb in terms of power consumption, so we’d consider this a very energy efficient system that could off you big power savings if you need a basic office PC or a system for general web surfing, data entry or something like that. 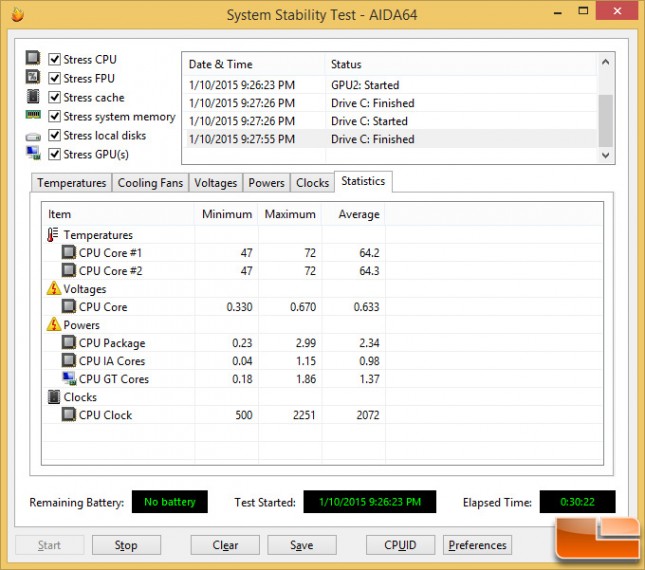 The only software that appeared to read the temperature correctly on this particular Bay Trail-M powered system was AIDA64. AIDA64 reported that the Intel Celeron 2808 processor idled at 0.330V with a core temperature of 47C. With the built-in AIDA64 stress test we found that we got up to 72C on the two CPU cores at 0.670V with the standard stress test with the the local disk and GPU included in our 30 minute test. 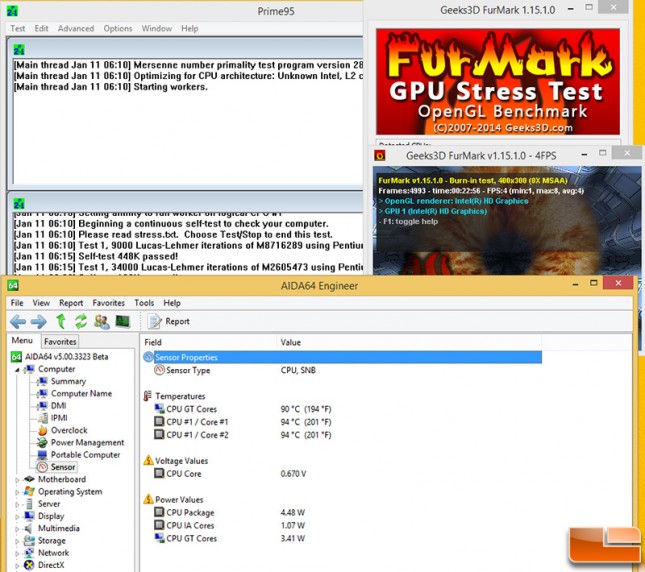 We fired up Prime95 64-bit and Furmark simultaneously to put a load on both the GPU and CPU. When we did this we put the ECS LIVA X under an extreme artificial workload and we found the system got up to up to 94C (201F) on the two CPU cores in right around 20 minutes. This is an extremely heavy workload that is a worst case scenario. This test shows that the ECS LIVA can handle a fair bit of abuse, but we did discover that the system was throttling due to the heat. 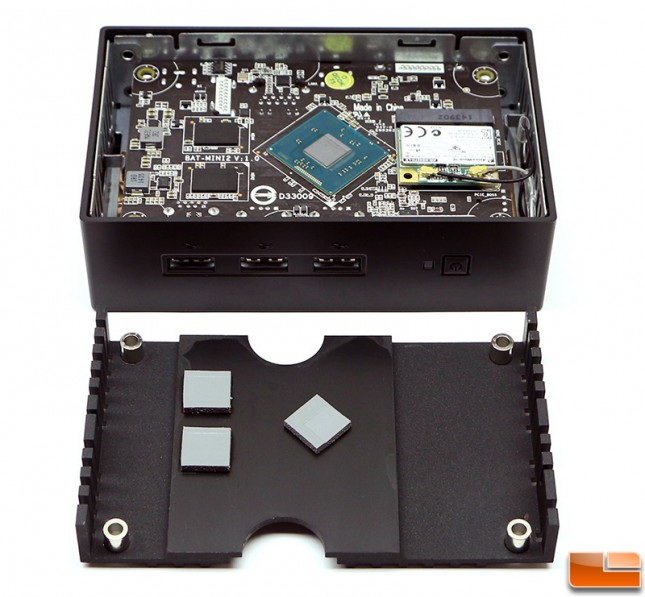 Keep in mind that the ECS LIVA X has a passive CPU cooler and there are no fans inside to keep the unit cool. 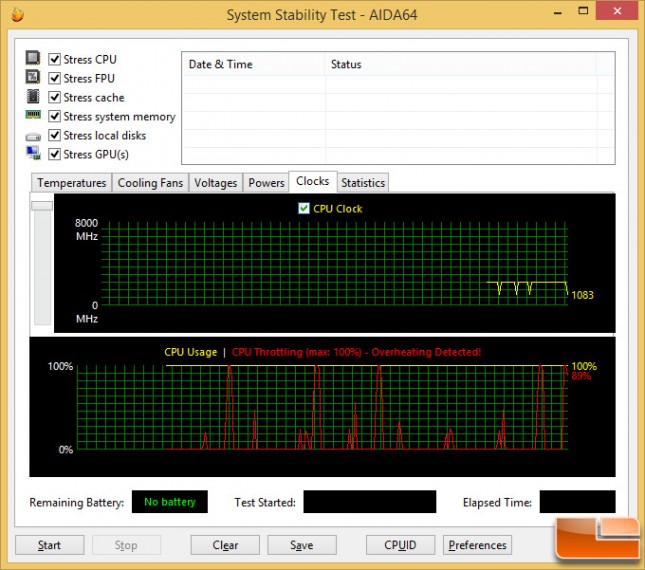 Under normal usage scenarios we couldn’t get the ECS LIVA X 64GB to throttle, but with synthetic benchmarks like Prime 95 and Furmark we were able to push the system to its limit and cause it to overheat. The good news is that once the system began to overheat the clock speed of the Intel Celeron N2808 dropped from 2250 MHz to 1083 MHz to help lower the temperatures to a safe level. Once the temperatures dropped the CPU went back to full speed and the process continued. We never saw anything beyond 94C since the CPU was being throttled. 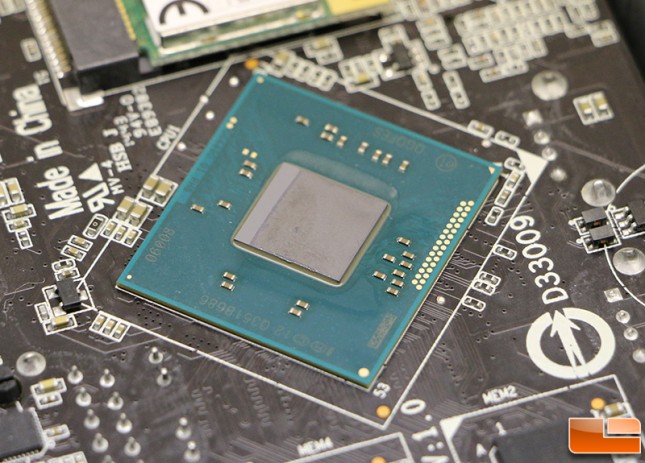 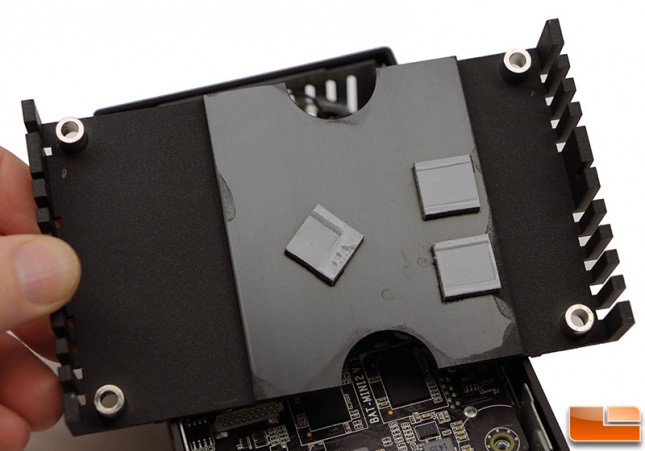 The thermal pad ECS is using is large enough to cover the entire die of the Bay Trail-M processor, but it is simply applied in the wrong spot. The thermal pad is also 5mm thick uncompressed, which is fairly thick. We would have preferred the heatsink base to extend an additional 3-4mm in order for 1-2mm thick thermal pads could be used. This would better dissipate heat and might be able to prevent the LIVA X from throttling due to the CPU overheating.