The ECS LIVA is said to be very energy efficient, so we figured we’d take a look and see how much power the system uses. 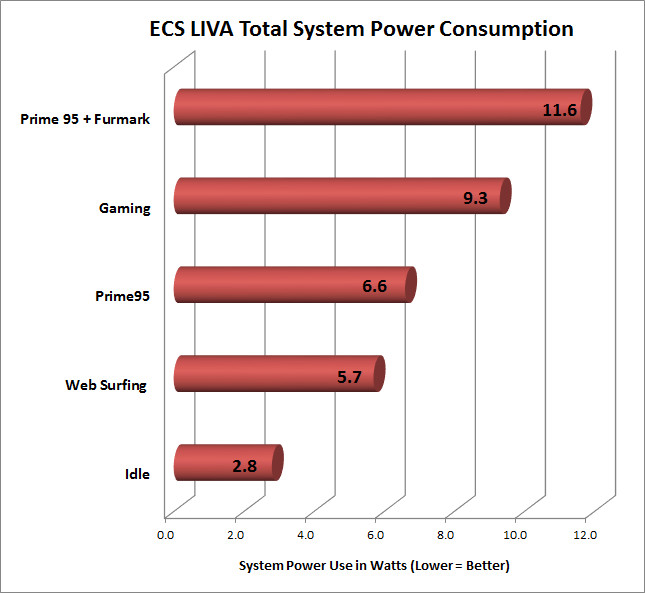 With the ECS LIVA w/ 32GB of eMMC running Windows 8.1 the entire system was consuming just 2.8 Watts of power from the wall outlet! When surfing the web we topped out at 5.7 Watts of power and when gaming we found the system used up to 9.3 Watts of power. We also ran Prime 95 and found that we hit 6.6 with the blended workload and if we fired up Furmark when Prime 95 was running we peaked at 11.6 Watts of power. This is less that your average light bulb in terms of power consumption, so we’d consider this a very energy efficient system that could off you big power savings if you need a basic office PC or a system for general web surfing, data entry or something like that. 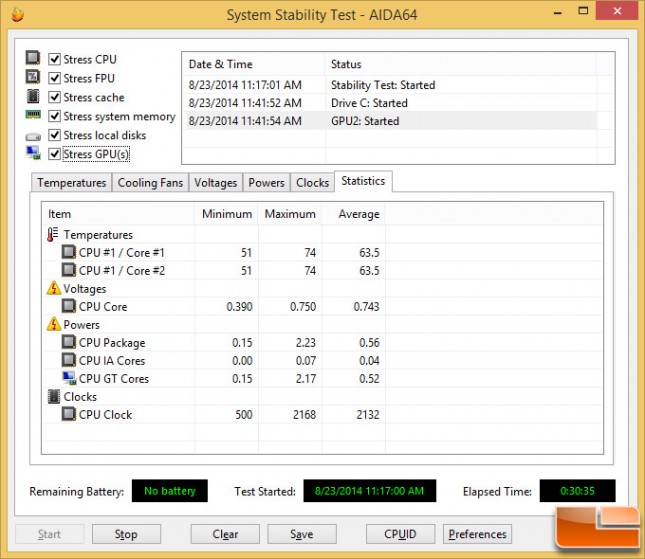 The only software that appeared to read the temperature correctly on this particular Bay Trail-M powered system was AIDA64. AIDA64 reported that the Intel Celeron 2807 processor idled at 0.390V with a core temperature of 51C. With the built-in AIDA64 stress test we found that we got up to 65C on the two CPU cores at 0.750V with the standard stress test and then managed to get it up to 74C by adding in the local disk and GPU to the test. 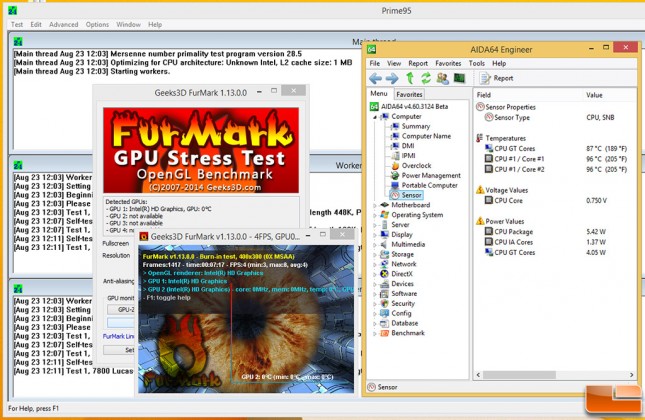 We fired up Prime95 64-bit along with Furmark to put a load on both the GPU and CPU under extreme load and we were able to take ECS LIVA up to 96C (205F) on the cores in under ten minutes. This is an extremely heavy workload that is a worst case scenario. The temperature was still rising when we hit 96C, but we started to hear some crackling and noise from the system. From the sounds of it the heat sink was expanding due to the heat and making some noise, which made us worry a bit and abort the test as we didn’t want to blow anything up. This test shows that the ECS LIVA can handle a fair bit of abuse, but if you put everything at load you’ll certainly find yourself looking at 100C temperatures.