So what is there to be said about the Captain 240 EX? Well, to start, it most certainly is a darn nice looking cooler. Some may find the design elements goofy, as theyre used to the traditional, but I found them rather eye catching. The pump assembly has a reactor-style to the shroud, and that shroud even has a red LED behind it to show off your new investment. Unfortunately the LED only pulsates, but it isnt an obnoxious pulsation, either. 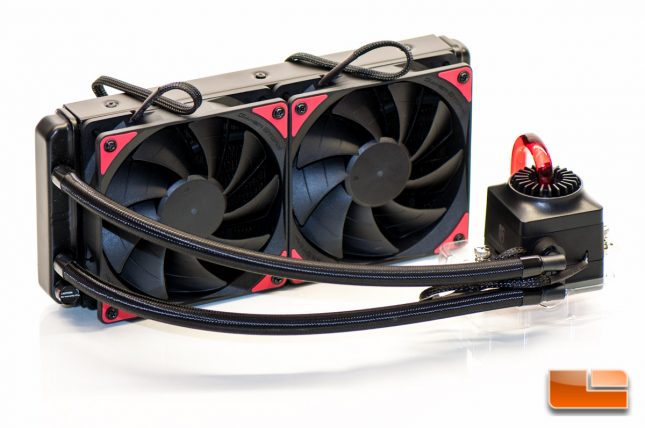 Installation was extremely simple thanks to the mostly tool-free design, and took no more than 15 minutes to do. At first, when I opened the package, I was dreading the install because there were a few oddball brackets. Once I got to it, it took all of two or three minutes to get the bracket fully installed. There are some systems that require much more of your time, so I give Deepcool props for a rather simple installation system.

Performance: What can I say other than: Awesome! For a $90 cooler, this thing packed a huge punch. I think it even sets a nice bar for what other manufacturers need to do to wow their customers. The Captain 240 EX found itself near the top in the stock frequency tests, and the top cooler originally ran right around $129. Unfortunately when it came to overclocking, it seemed to have a little trouble keeping up with the other coolers that it was tested against, but it still performed quite well.

Again, you can get your very own Gamer Storm (Deepcool) Captain 240 EX for $89.99 shipped on Newegg or $106.61 shipped on Amazon right now and it includes a 3-year warranty, should anything go wrong with your cooler. 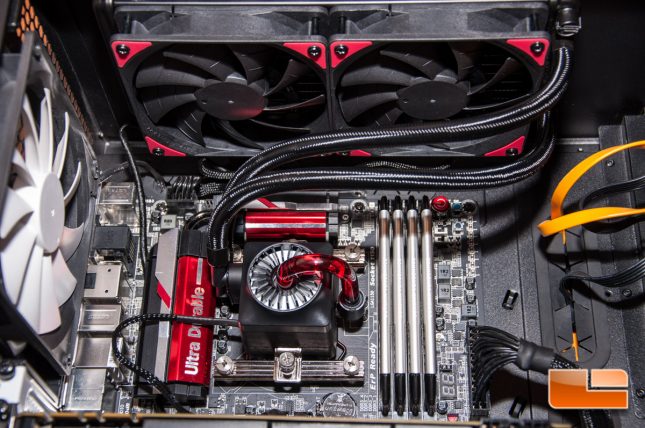 There really wasnt anything that annoyed with the cooler. The pulsating LED on the pump was probably my only real gripe, as I would have rather put it static or turned it off completely, but gosh – that’s totally minor.

There are tons of coolers on the market today (64 different models on Newegg alone), but with how inexpensive this cooler can be had for and how well it performed, I wouldnt hesitate to recommend this cooler to anyone.

Legit Bottom Line: Deepcools Captain 240 EX is an inexpensive all-in-one liquid CPU cooler that packs a nice punch for under one hundred bucks! This cooler even makes the more expensive ones look way overpriced.