The Sisoft Sandra 2012 SP4 benchmark utility just came out a few weeks
ago and we have started to include it in our benchmarking. Sandra 2012 SP4 comes with
support for Virtualisation (Virtual PC/Server, Hyper-V, VMware) and GPGPU (OpenCL, DirectX 11 DirectCompute), but today we will be using the program to look at memory and CPU performance! 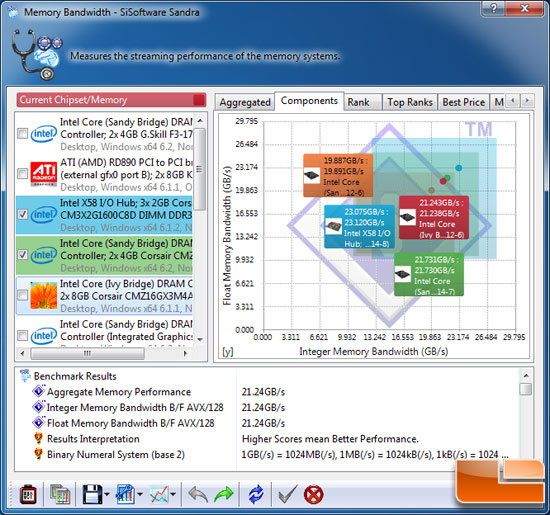 The first benchmark that we always run on a PC is Sandra Memory Bandwidth and we found that the CyberPower Zeus 2500SE with its 16GB of dual channel 1600MHz CL9 memory was able to have 21.24GB/s of both integer and floating memory bandwidth. Not a bad memory bandwidth score by any means. 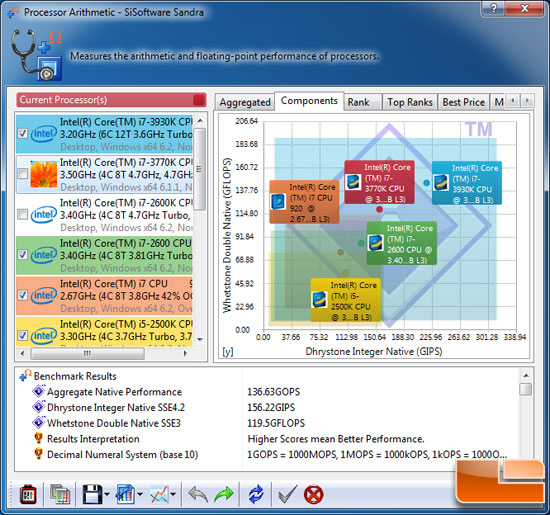 The Sandra Processor Arithmetic score was found to be 136.63 GOPS, which is very respectable for a PC in this price range.  This is a free benchmark, so if you wanted to compare your system at home to this be sure to download Sandra 2012 SP4!

CrystalDiskMark is a small HDD benchmark utility for your hard drive
that enables you to rapidly measure sequential and random read/write
speeds. We ran Crystal Mark v3.0.1c with the default file size of 1000MB on both drives. 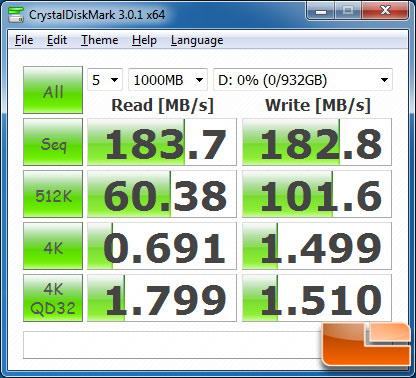 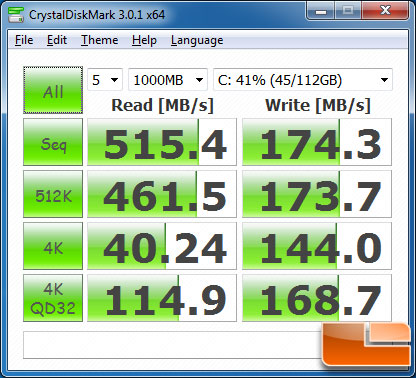 Benchmark Results: The primary drive in our Zeus Thunder 2500 SE is the Corsair Force GT 120GB SSD and as you can see it is for the most part much faster. The sequential read was a blistering 515MB/s and the write speed were a ho hum 174MB/s. Where this drive really shines are the 4K read and write speeds that are much faster than a traditional hard drive.