Idle results recorded using RealTemp after sitting idle at desktop for 15 minutes. Load temperatures were recorded after running 30 minutes of Prime 95, which is one of the most stressful CPU testing programs out there. All testing was done outside of a case with an ambient room temperature of 72 degrees. We used Antec Formula 7 Nano Diamond thermal compound applied in the pea-method for all testing to ensure results were as accurate and apple-to-apples as possible, as the thermal interface material included with heatsinks and AIO coolers varies from manufacturer to manufacturer and variances in thermal interface material quality can cause performance results to be skewed incorrectly.

Let’s take a look at our temperature testing results under stock and overclocked conditions. We tested with the fans set to 100%, to give an idea of the maximum performance the units are capable of. 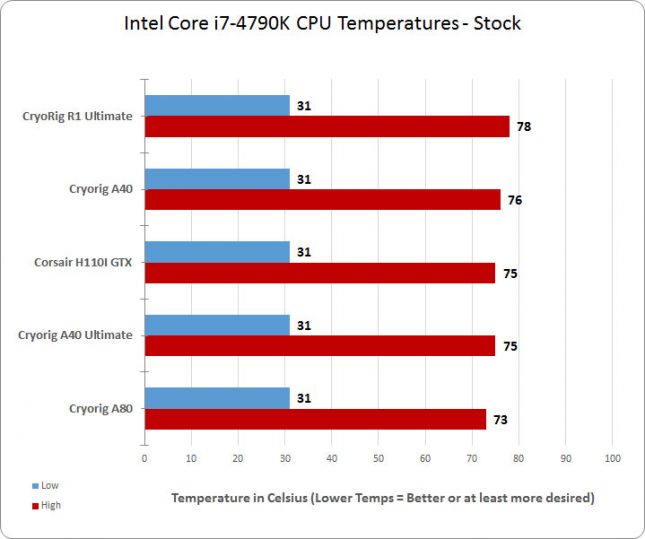 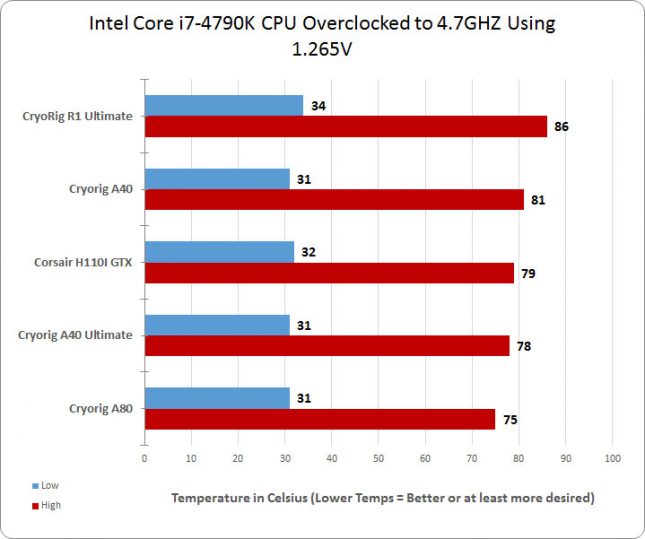 When overclocked and given a bump in voltage, the A40 Ultimate takes a small lead over the Corsair H110I GTX. The A40 performs quite well, coming in at just slightly above 80 degrees. 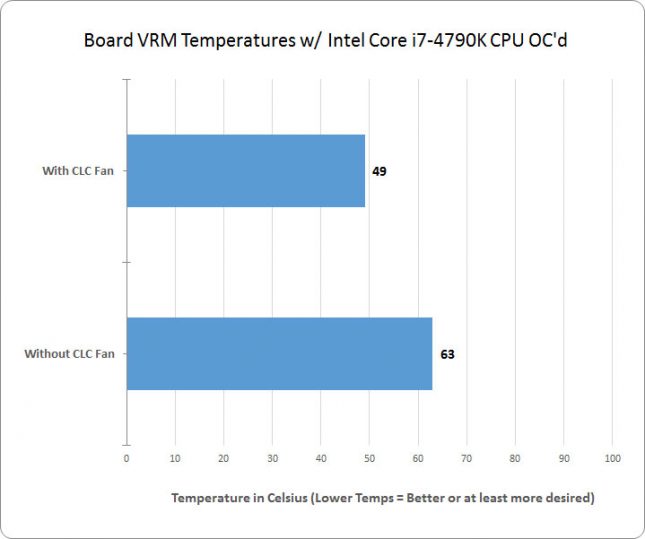 The Airflow Fan certainly makes a dent in the VRM temperature and provides a noticeable performance gain over a standard non-fan configuration. AIO users who are concerned about their motherboard components running hot should certainly look at these results and take them into consideration when purchasing their next AIO, as these results are more than minor, they are pretty darn huge.

When looking at these temperatures, you may think they seem to be high numbers, especially given that we’re testing with high performance coolers. Prime 95 simply pushes CPUs to limits that no actual usage scenario will ever achieve. In addition, the Devils Canyon CPU we are using, while featuring some thermal improvements over Haswell iterations, is a very hot running processor. We were able to run at 4.7 GHZ with the A40 and A40 Ultimate and both units managed to perform very well and keep our CPU at comfortable temperatures throughout testing. 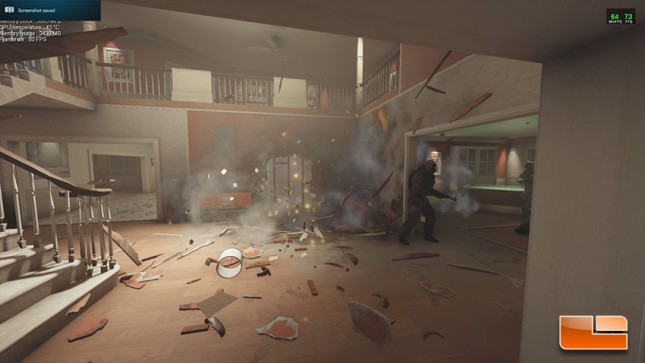 I wanted to see how the A40 and A40 Ultimate would perform during a real world scenario that I would often find myself in, so I installed the units in the top position of my Cooler Master Mastercase 5 and ran a few rounds of Rainbow Six Siege after cranking through the benchmark a couple of times. A check of my CPU temperature chart after a two hour session showed that the CPU peaked at just 55 degrees when using the Cryorig A40 Ultimate with the UEFI fan profile set to Quiet. This kept the fans at about 30-50% RPM and the noise level was more than acceptable. The A40 performed quite admirably as well, letting the CPU top out at 57 degrees. Like the QF140 fans, the QF120 fans are very quiet, but do produce a slight bit of bearing noise when run at higher speeds in top mount positions due to the way the fan pulls on the bearing. This noise is normal and isn’t something you will hear under normal usage scenarios.

Now, let’s go ahead summarize our overall feelings on the Cryorig A40 and A40 Ultimate AIO Coolers.