Cryorig A40 and A40 Ultimate AIO CPU Coolers – Packaging and Accessories

Cryorig A40 and A40 Ultimate Retail Packaging

The front of the A40 and A40 Ultimate boxes are both similar, with the A40 Ultimate featuring a black box front, while the A40 features a white box front. Cryorig is using high quality material on this box, with foil stamping present for the Cryorig logo. I’ve never seen Cryorig packages on store shelves, but they would be quite fitting and Cryorig does a great job of making sure their packaging has a clean exterior feel that is more classy than flashy. 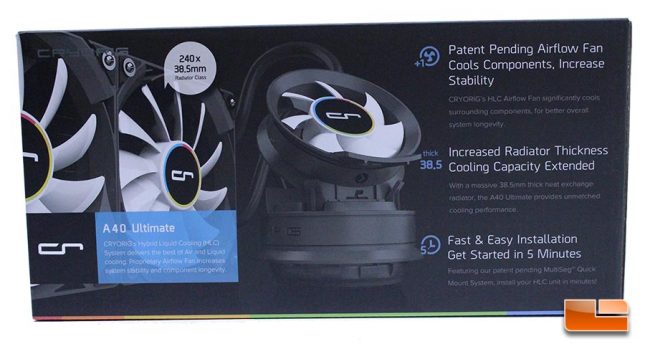 The marketing points that Cryorig chooses to point out on the box of both units are the Airflow fan and radiator size. Interestingly, they don’t mention the Generation 5 pump technology from Asetek, which is a major selling point for this cooler, in our opinion, though this is probably something that Cryorig feels would be more important to hardcore users who pay attention to those kind of things. The chances are that your average user doesn’t care who is making the pump in their AIO unit, they just want a quality product that works as advertised. 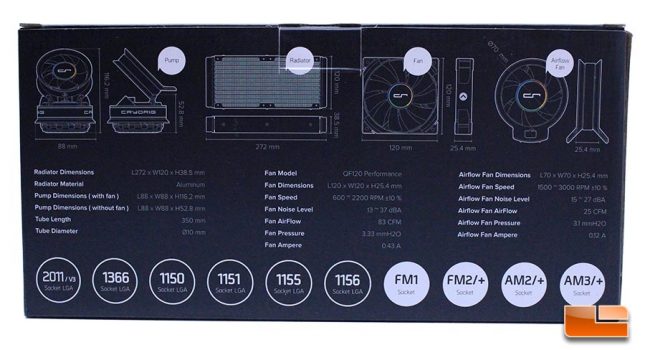 The rear of the packaging is full of meaningful information, including product dimensions and CPU socket compatibility. Customers who find this product on the shelves of their favorite PC component shop should have no problem determining system compatibility by using the information provided on the package, which is something we can’t say of other manufacturers. 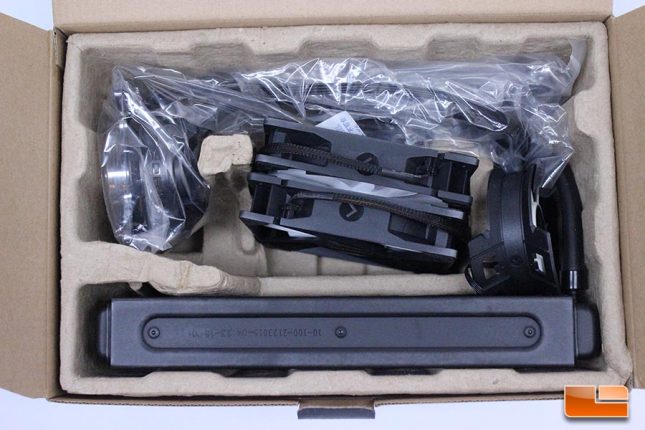 Opening the top of the box, we can see that the components inside are packaged decently enough, though the fans and radiator could certainly use more protection and don’t have anything holding them in place other than the cardboard insert that they loosely reside in. All of the accessories and documentation are well packaged in a single bag that is placed  beneath the fans and tubing in the box. 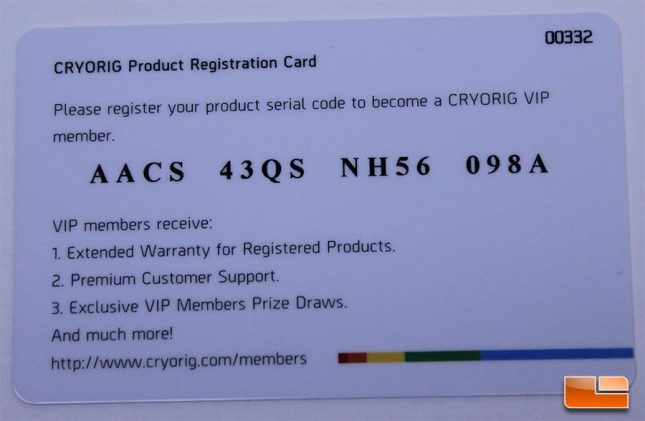 A registration card with a code is included with every Cryorig product, including the A40 and A40 Ultimate. This card is very handy, as going to the Cryorig registration site and using the card extends the users warranty and lets the user check how long their warranty is valid for at any time. This is a very solid touch by Cryorig and one that we feel other manufacturers should definitely follow.

Cryorig includes illustrated installation instructions that are fully detailed and easy to follow. There are two separate instruction manuals, covering various languages. The English/Japanese language manual is pictured above. 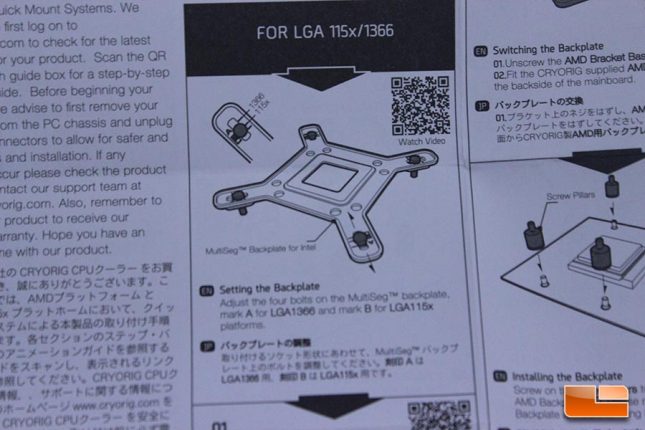 These is one of the better instruction guides that we’ve seen included with an AIO cooler, as they are simple enough to follow, yet detailed enough that novice users won’t be left wondering what to do at various installation steps. 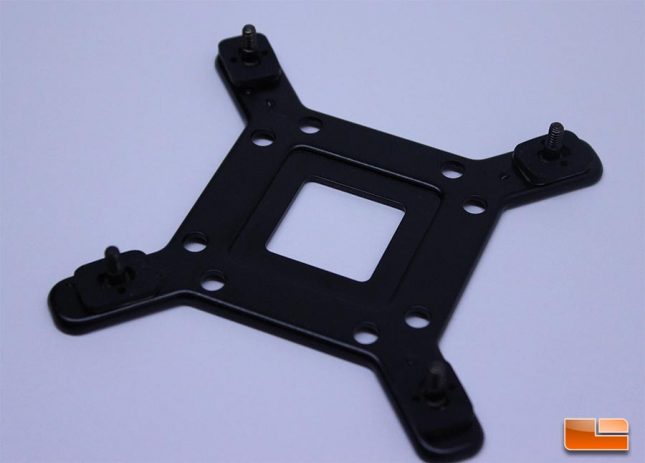 The Multi-Seg mounting hardware is simple to mount and we’ve used it on several occasions. Cryorig, in a pretty brilliant move, uses this hardware with several of their products, including the R1 Ultimate. Technically, I’ve never had to remove the backplate and have been able to use the same one throughout my testing with the various Cryorig products. 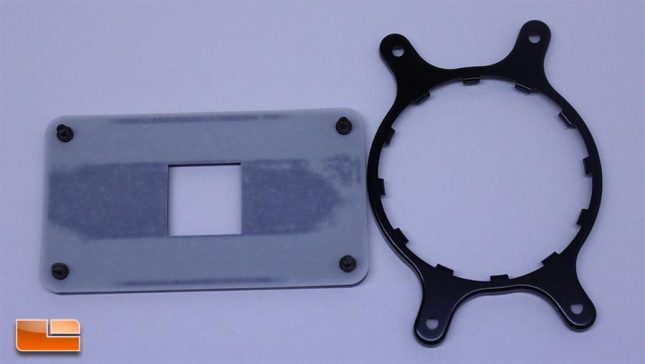 In addition to the Intel-based hardware, an AMD mounting kit is also included with the A40 and A40 Ultimate. 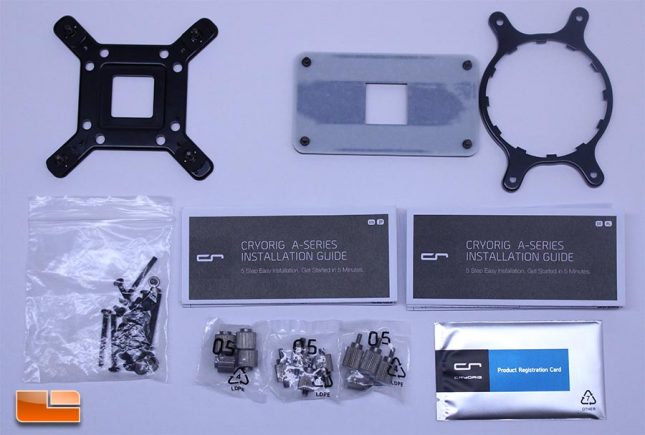 Overall, the packaging and accessories that Cryorig has presented with their A40 and A40 Ultimate are great, with some minor issues that could easily be addressed in future revisions. Cryorig included all of the necessary accessories with their AIO units and these accessories are all very high quality, from the fan screws to the mounting hardware. We would like to see some Cryorig stickers included, as the company does produce premium products and showing ownership, while not for everybody, is something that some users would be interested in. The included installation documentation and warranty card were top notch. As mentioned, the fans and radiator could certainly use better attention to detail when it comes to how they’ve been packaged, but we’ve reviewed three of these units now and none of them arrived with any shipping damage or issues due to how the fans and radiator are packaged.

Let’s take a closer look at the AIO’s and their included components, next.