Cryorig A40 and A40 Ultimate AIO CPU Coolers – A Closer Look 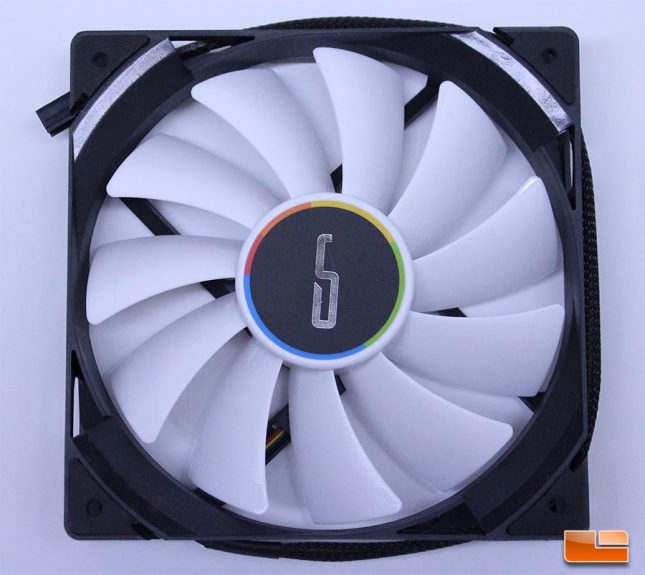 The QF120 fans included with the A40 and A40 Ultimate are really well-suited for the task at-hand, maxing out at an 83 CFM airflow rating and 3.33 mmH20 static pressure rating. The noise output of the fans isn’t too bad, maxing out at 37 dBA, but of course running at much lower noise levels as the RPM of the fans are lowered. The braided cables on the QF120 fans are a nice touch that we’ve come to expect from Cryorig, who are very attentive to aesthetic details. 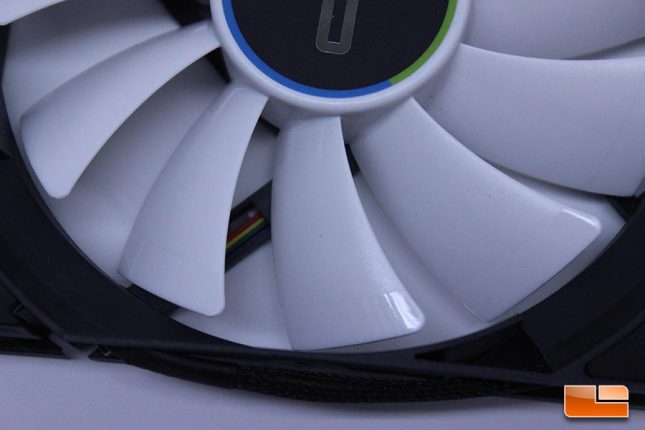 The blades of the fans are smoothed on the ends, which Cryorig claims helps reduce air turbulence and noise. Cryorig also has air channels opened along the edge of the fan to improve airflow. The overall build quality, performance rating and aesthetic appeal of the QF120 are all great and while better fans can certainly be found, these are excellent considering the price point of these coolers and swapping them to any other fan will likely net negligible results. 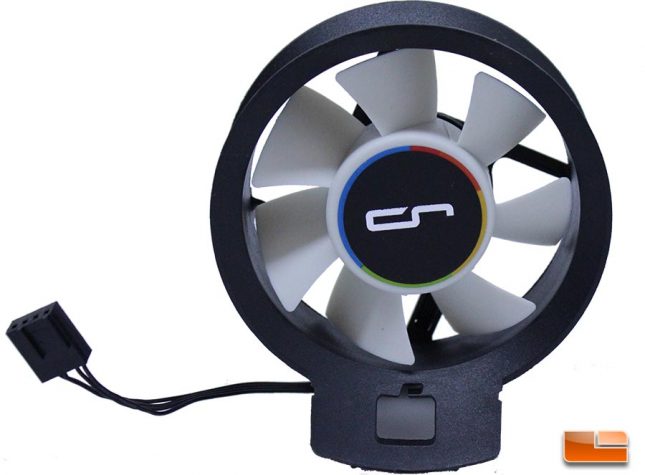 The Airflow fan is a really interesting component. It runs at 1500-3000 RPM’s, with a dB rating of 15-27 and is capable of pushing up to 25 CFM of air at maximum RPM’s and optimal conditions. At first, the Airflow fan may seem like a gimmick, making you wonder if there really are benefits to be had and if the trade-off is worth the potential noise you will experience. 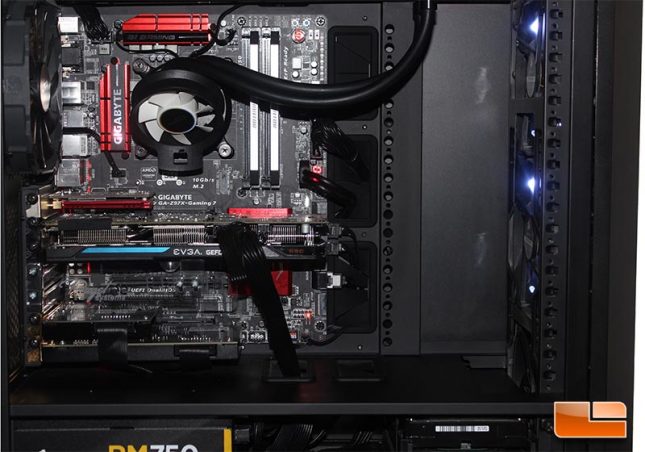 I’ve been using the Airflow fan for months on the A80 that is installed in my personal system and I can say that it’s very quiet and hard to hear with the side panel closed. We will get into the VRM cooling performance of the Airflow fan later in this review, as well. 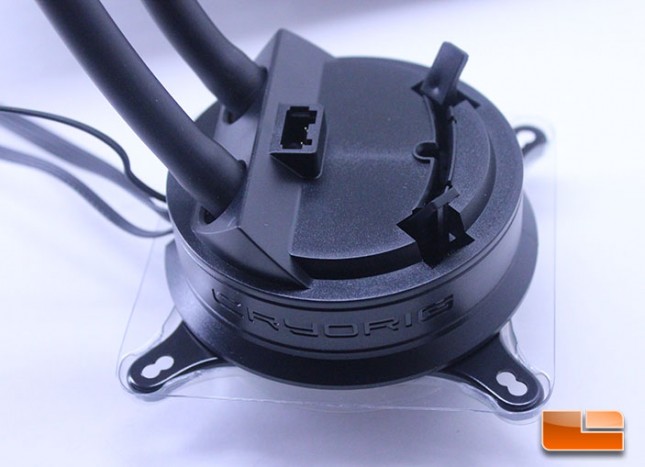 The Asetek Gen 5 Pump on the Cryorig A40 and A40 Ultimate has a unique top unlike the ones you’ve seen on other AIO units. There are indentations and a fan adapter so that you can install the Airflow fan, which should assist with cooling. Unfortunately, omitting the Airflow fan leaves you with an empty top that isn’t too attractive, but it is something I am sure that users can live with. The Asetek Generation 5 doesn’t have too large a footprint and should fit on most motherboards. Again, Cryorig has a chart available, which we placed on the first page of this review, that will help you measure your system for clearance. Cryorig actually has these charts available on the product page for most of their products, which is very helpful. 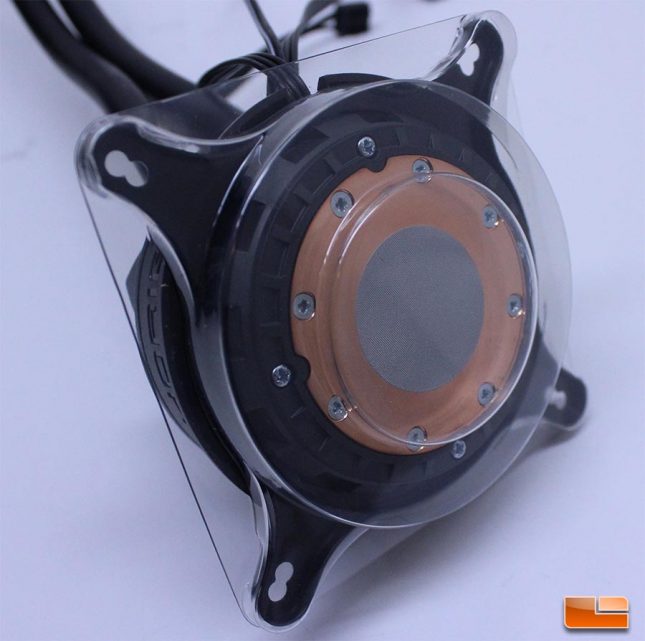 The base of the Cryorig A40 and A40 Ultimate are both shipped with a plastic protective cover that protects the pre-applied thermal paste. The plastic cover is thick and holds well to the cooler, protecting it well during shipping.

All of the units power cables come from the pump, included a SATA connector to power the entire unit, a PWM fan monitor and two PWM fan splitters, for the radiator fans. Due to this configuration, all control of the units fans and pump speed must be done with motherboard UEFI/BIOS control. 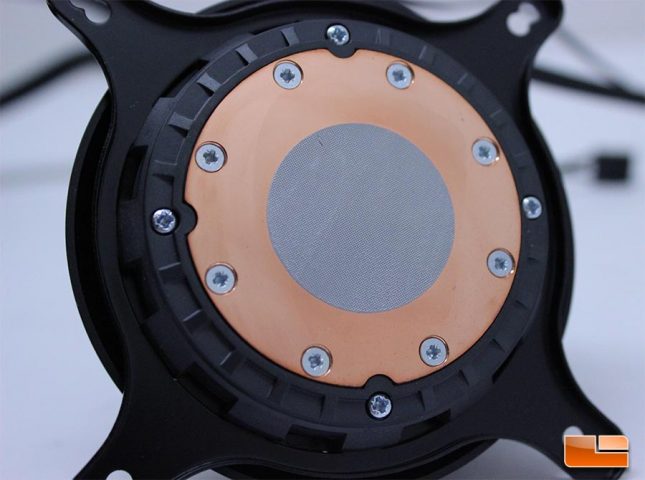 Once the plastic protective cover is removed, we are happy to see that Cryorig has provided a nice, even layer of thermal compound with the cooler. The base of the unit is flat, well machined and doesn’t have any noticeable scratches or imperfections, so lapping the unit would likely see negligible results. 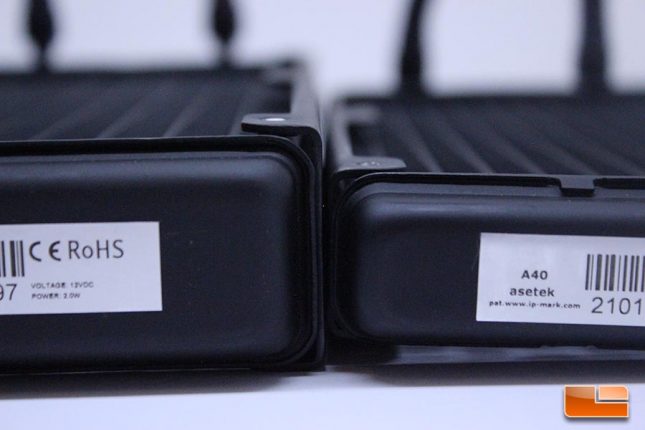 We feel that the “Ultimate” designation of the unit with the thick radiator should denote more than a radiator size difference, though the pricing dynamic is not exaggerated by the models naming scheme and Cryorig doesn’t falsely advertise the A40 Ultimate as being drastically different from the entry-level A40.

Both radiators arrived without any noticeable damage and the fins were all straight, though there were a couple of small imperfections here and there that were likely from the factory and not a result of shipping damage. The radiators have a matte black finish that looks pretty clean. 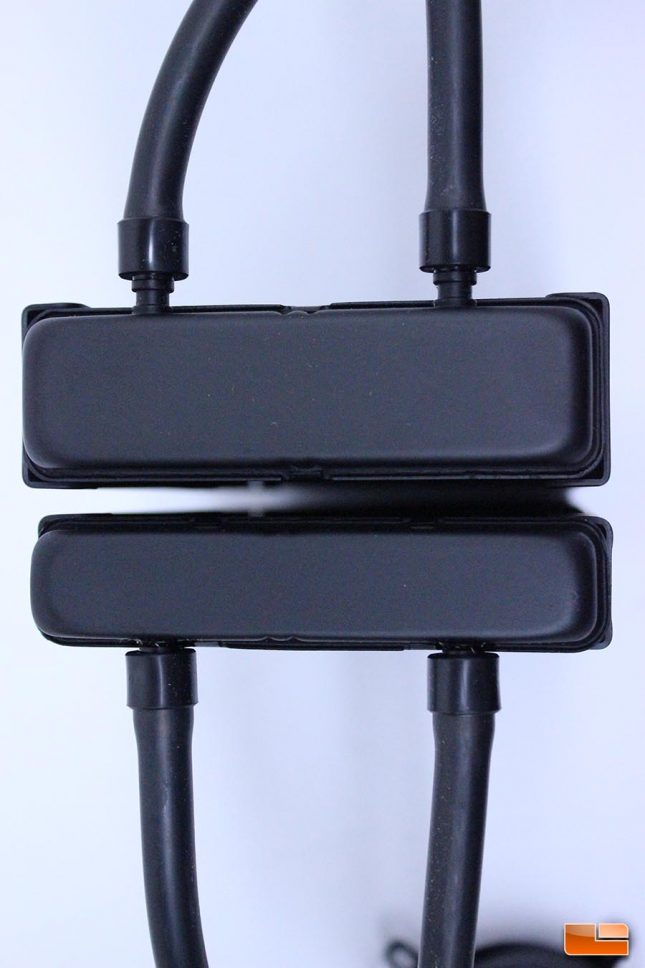 The coolant inlet and outlet ports, though not super thick, are solid and don’t seem fragile at all. The rubber hoses that go from the radiator to the pump head are 350 mm/13.78 inches long, which is adequate, though slightly longer tubing would have been helpful for mounting the radiator in front of large cases. 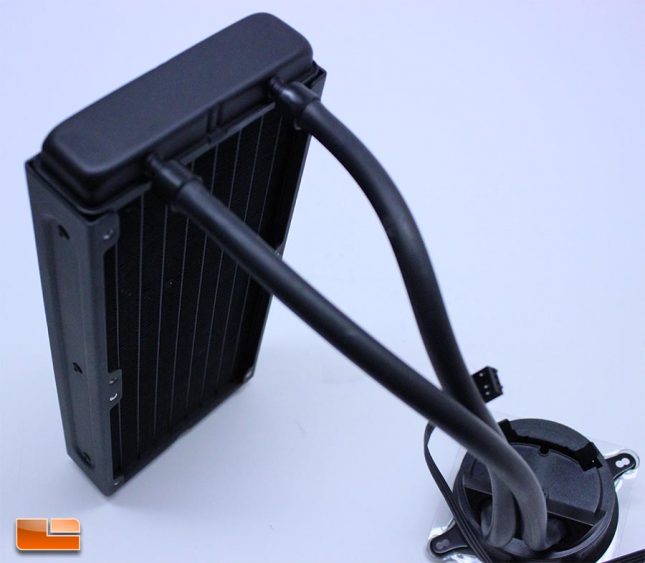 This tubing length is pretty standard when compared to other AIO units. The tubing is very flexible and tough to kink, which is essential to proper operation. There are no complaints at all here and the radiators shipped with the A40 and A40 Ultimate both arrived without any shipping damage and in great condition, with properly machined screw holes, solid inlet/outlet ports and straight fins.

Now that we’ve looked at the A40 and A40 Ultimate, let’s take a look at the installation process for these units.