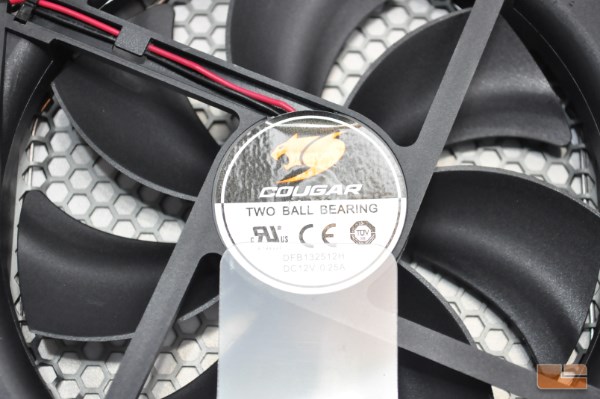 Cougar has installed a 140 mm fan in the CMX 850W power supply, which they have rebranded as their own. However, it can easily be identified as the DFB132512H by Young Lin Tech, a fan commonly found in such power supplies. With a starting voltage of 9V and a maximum speed of 2500 RPM, it is one of the fastest cooling fans used in power supplies today. 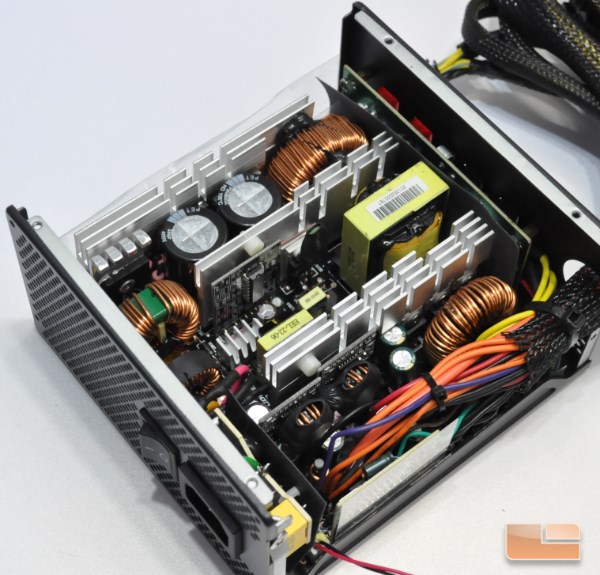 As Cougar is a subsidiary of HEC/Compucase, a company which has been designing and producing power supplies for many years now, it is entirely unsurprising that the CMX v.3 850W unit has been entirely designed and made by them alone. The build quality is very good, with an excellent soldering job and good mechanical cohesion between components. 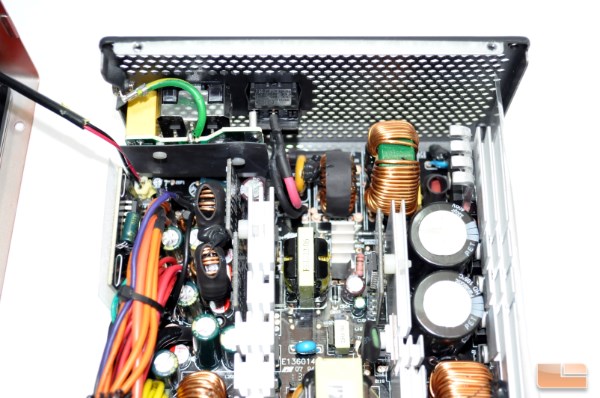 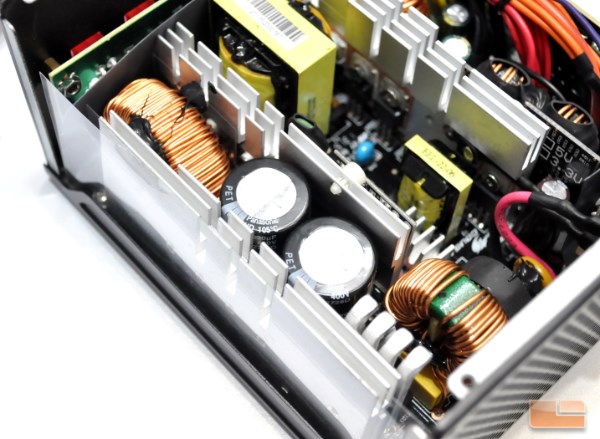 The large heatsink towards the edge of the PCB holds the APFC transistors and diode alone, as HEC placed the rectification bridge on a small dedicated heatsink right in front of it. The APFC is completed by two Panasonic 330 uF / 400 V capacitors and a large coil. Two transistors on the heatsink next to the main transformer form a half-bridge inversion circuit. 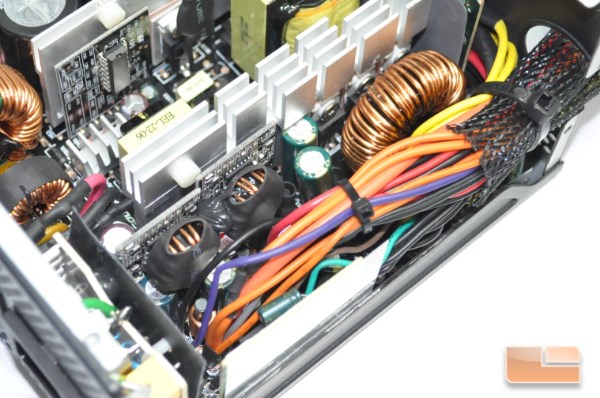 The heatsink on the secondary side of this power supply holds the DC line conversion transistors. This power supply generates only a 12 V line, with the 5 V and 3.3 V lines derived by DC to DC circuits; a strange fact, as this technique usually enhances the efficiency of a power supply severely, yet this model only has an 80Plus Bronze certification. The secondary side capacitors are a mix of Nippon Chemi-Con, Teapo and CapXon products.