A non-RGB headset was notably absent when Corsair announced and later launched its new lineup of VOID gaming headsets late last year. Today we’re taking a look at the VOID Surround which serves as the more appropriate successor to the Corsair Gaming H1500 USB headset, but with something new and different to improve device compatibility. 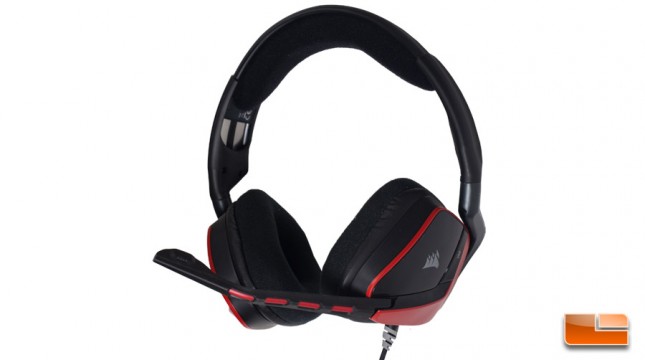 USB gaming headsets gain the benefits of codecs that can provide novel features such as Dolby Surround in the case with the Void Surround. However, those codecs, audio processors, or audio controllers require USB for electrical power and system interfacing. As such, this renders these headsets compatible only with computers. What Corsair has down is take the audio codec out of the headset and placed it into a USB dongle while bundling the analog headset for maximum device compatibility. 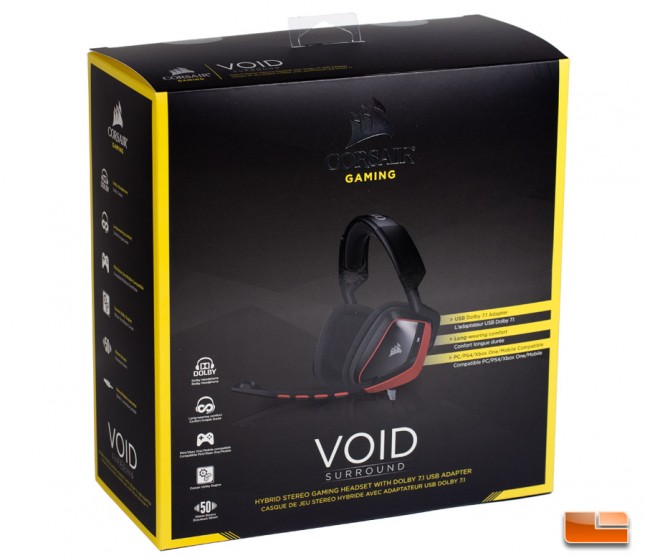 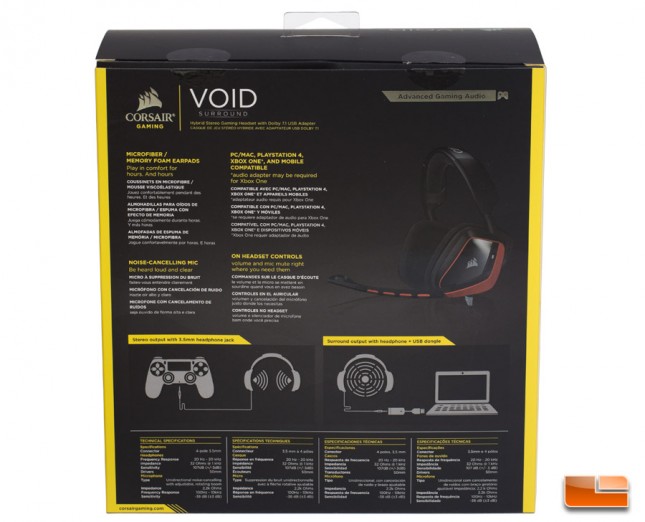 Corsair has packed the VOID Surround in an elaborate system of yellow cardboard filler boxes is mostly unnecessary since the outer cardstock packaging doesn’t have any windows. One twist tie secures the headset to the box which has to be undone from the backside. The USB dongle is taped in a bag around the headset. The quick start guide and warranty information is hidden in between the filler boxes and could be easily missed and overlooked. 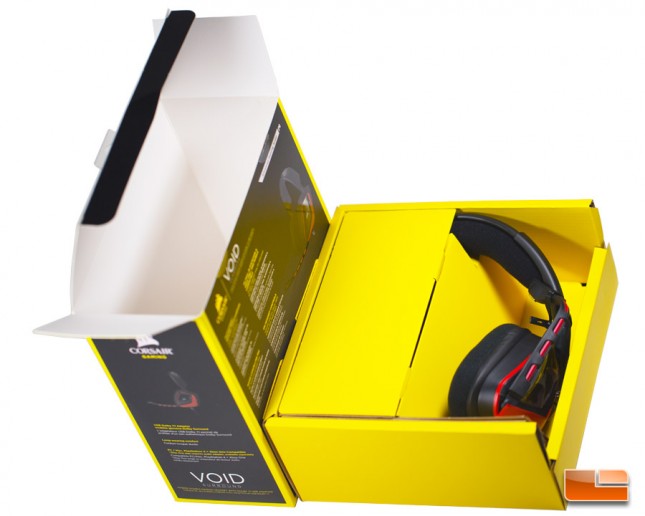 Laying out the contents, we have a headset, USB dongle, quick start guide, and warranty information. Software is not included and must be downloaded in order to use dongle’s Dolby Surround feature. Something to note is that this headset ships with its microphone already bent which seems to be Corsair’s way of showing everyone how that flexible boom is supposed to be used. On the next page, we take a closer look at the headset and USB dongle. 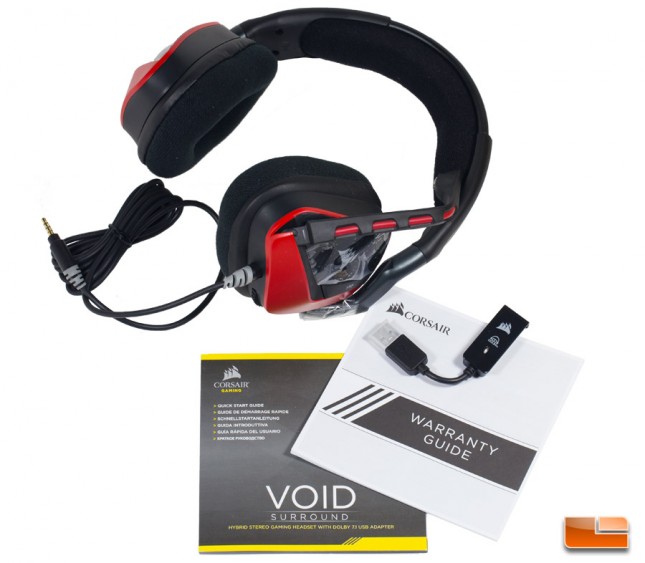