Not everyone hears the same as each other. Peoples ears are different and preferences dictate our style. The subjective listening tests in our reviews not only compare the product with other gaming headsets, but also audiophile-grade headphones. Those who dont regularly listen with higher-end equipment may not notice the sound quality deficiencies we are able to notice.

Interestingly enough, and sometimes with disappointing results, the Vengeance 1400s sound signature made it very compatible with integrated audio and low-end sound cards. With a boomy, but not too punchy bass and warm treble, the Vengeance 1400 compensates for many of the deficiencies with such devices. Unfortunately, better sound cards such as our ASUS Xonar DSX which have a fuller sound signature sounded overworked with the Vengeance 1400 particularly the bass sounding muddier. The pairing with the ASUS Xonar DGX is the subjective favorite because none of the frequencies sounded too busy.

The Vengeance 1400 is only moderately detailed in the midtones and treble. The bass is sloppy and the headphones overall doesnt compare well to similarly priced headphones. Most songs will sound acceptable though if your preferences lean to sharp bass, then the Vengeance 1400 will sound quite poor with drum machines such as those featured in electronic and trance.

Just about any movie will sound fine with the Vengeance 1400. The headphone is versatile largely due to its boosted bass and treble and thus all movie sounds are audible. There were no problems with vocals, sound effects, and the score with every movie tested.

Like with movies, game audio sounded balanced though explosive action sounded duller due to the Vengeance 1400s headphones moderate detail. Positional audio recreation was very acceptable though distances were sometimes difficult to judge possibly because of the headphone sound signature. Using Dolby Headphone with our ASUS Xonar DGX yielded a very negative result, though it should be noted that Dolby Headphone in any case is actually not good for gaming since it downmixes many stereo sounds into mono channel. This deficiency with Dolby Headphone was also observed with the other Vengeance headsets. 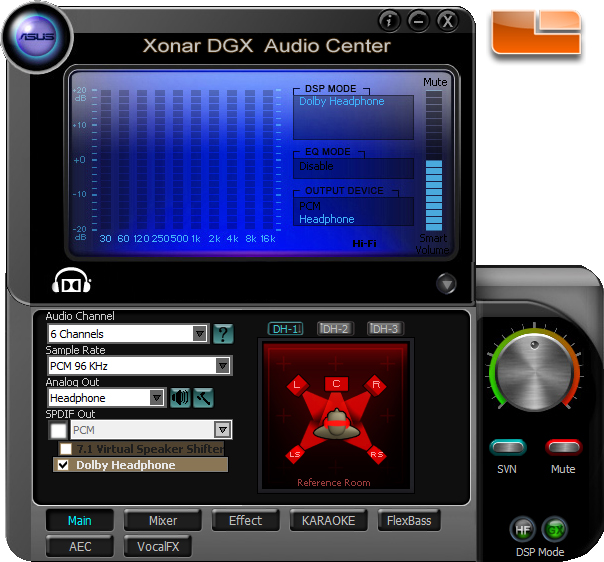 Despite the Vengeance 1400s microphone being unidirectional, it is sensitive enough to pick up noise in any direction and is not truly noise-cancelling. On the other hand, recording quality is excellent and the voice reproduction is amongst the best weve tested for gaming headsets.