The build process was very straight forward. There was plenty of room in this large case to work, and I did not have any major issues with clearance with this configuration. However, I was unable to mount the top radiator closer to the rear of the case because the CPU cable had come into contact with the top fan. Not a big deal especially if your power supply has flat cables, which mine does not. 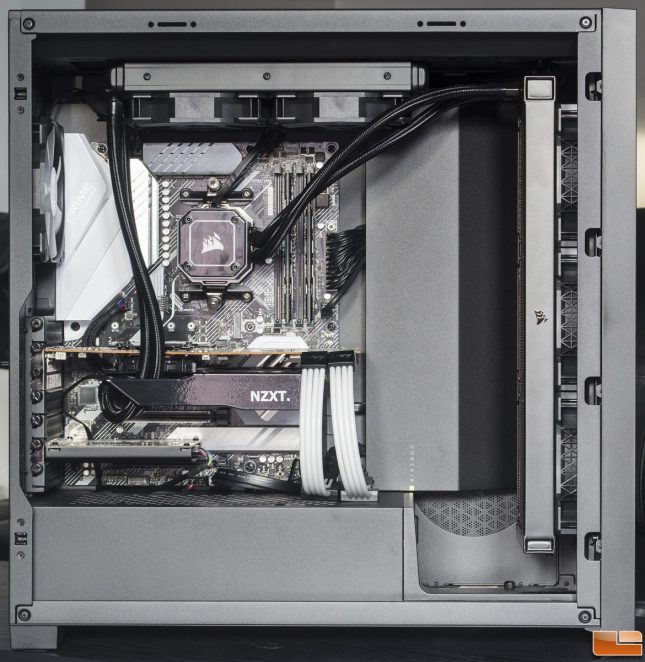 Most of my time was spent with the cable management of this system, and I was very thankful to have the extra Velcro straps. I did use a few normal zip ties for some of the RGB cables towards the bottom by the power supply unit. I was hoping to see some cable tie-down points right above the power supply chamber, but there were none. Perhaps the reason for this was to account for the cables that route to the SSDs when mounted on the motherboard tray. 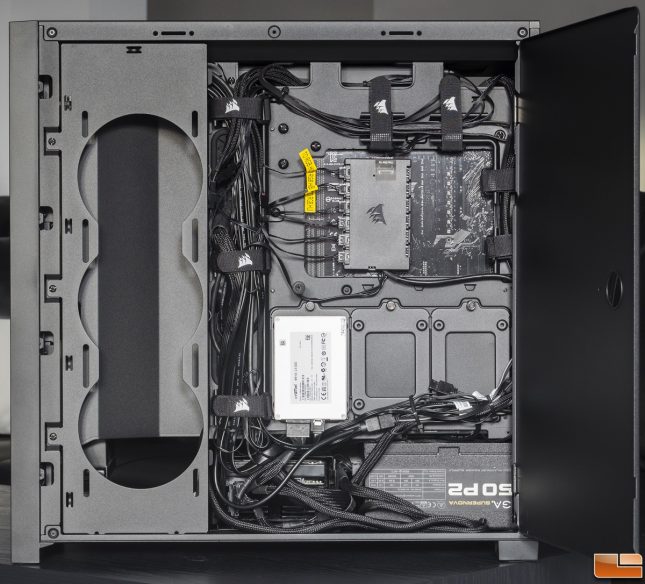 Since I was using the Corsair H150i Elite Capellix, I decided to remove the included fan hub and the iCUE Lighting Node CORE from this build. The H150i Elite Capellix came with the iCUE Commander CORE, which I simply mounted it right behind the CPU backplate on the motherboard. With all of these cables due to the addition of RGB components, the side door was still able to close without much problem. 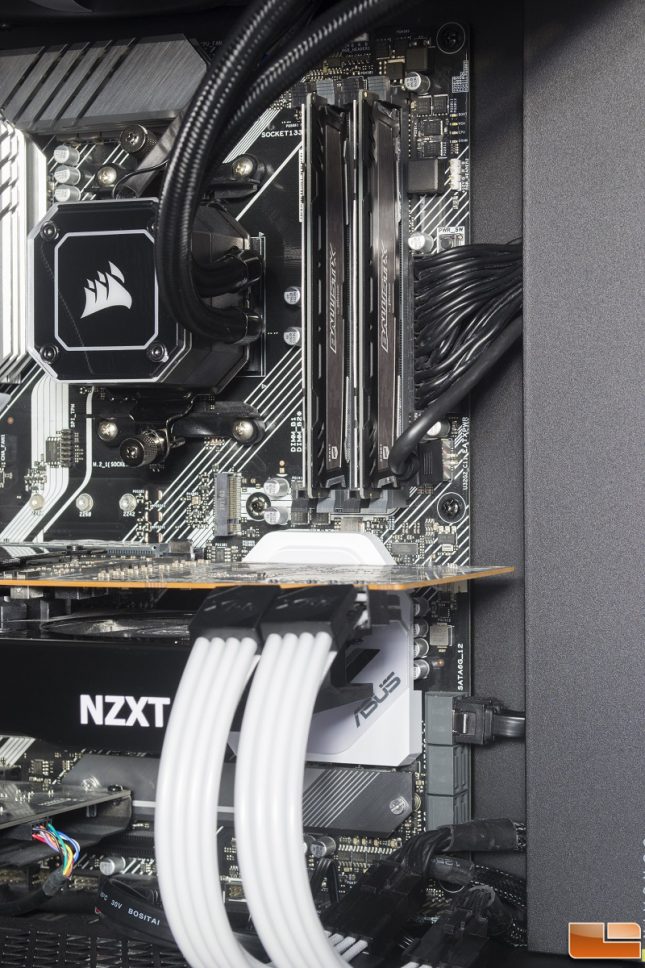 There are several screws that held the cable bar and the fan mounts to the case. Removing it was not as easy as I thought since the cable routing channel that runs down the motherboard tray was in the way. 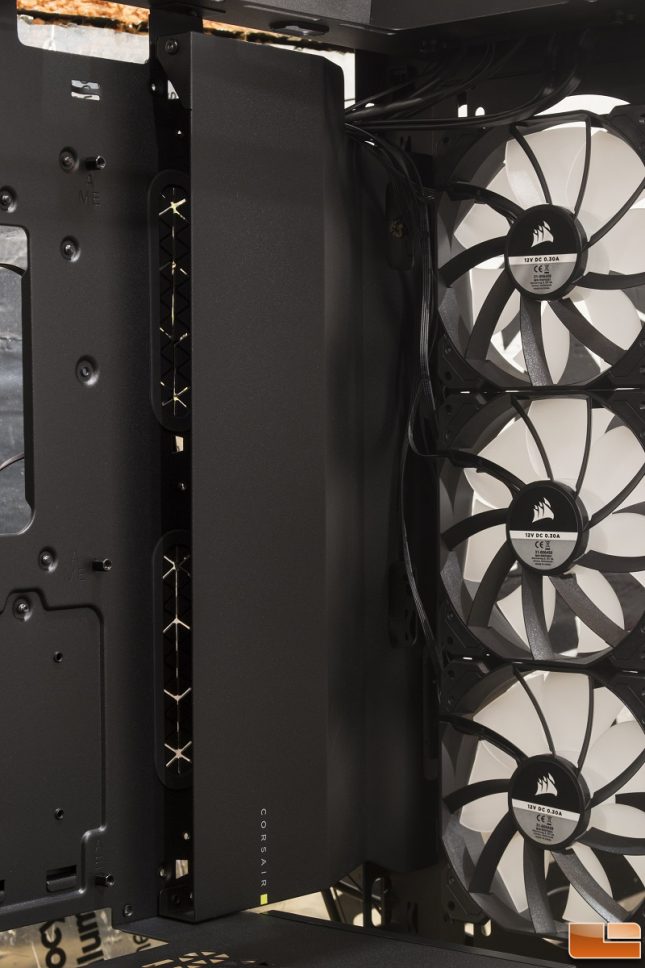 After removing a few screws to release the cable routing channel, it uncovered three additional screws that held in the assembly. Once I got those removed, I was able to remove the cable bar and fan mount. 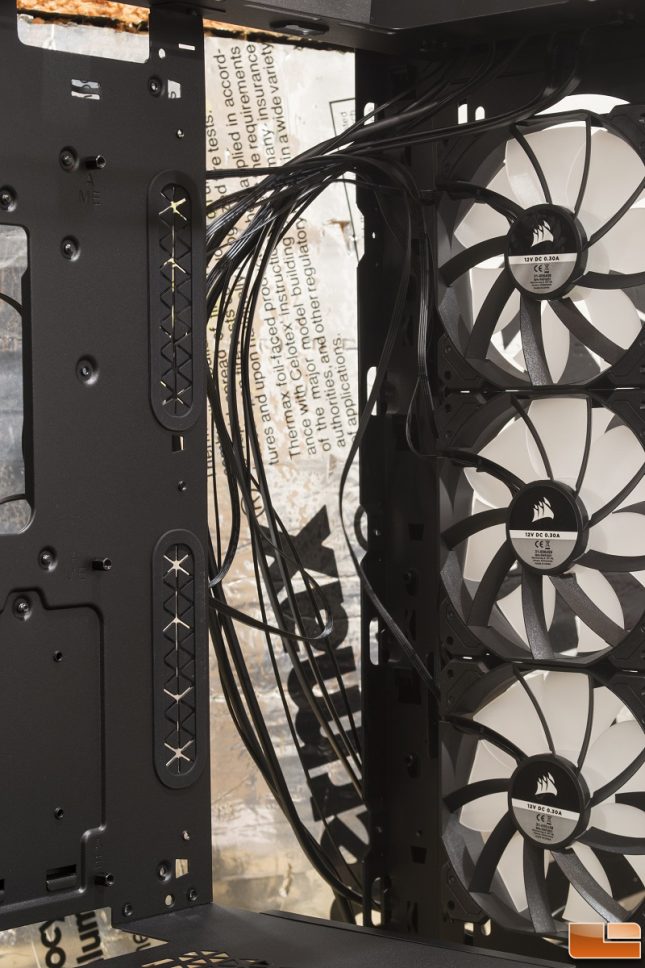 With the motherboard accessory tray, it provides additional support for a 2.5″ SSD or 3.5″ HDD. However, mounting a 3.5″ HDD requires the removal of the iCUE Lighting Node CORE. If you do plan to have more than two HDDs, you will have to remove the iCUE Lighting Node CORE from its default position and install it in the secondary mounting location. The secondary mounting location is underneath one of the three SSD mounting brackets behind the motherboard tray.

When installing a 2.5″ SSD, it will not block two of the six RGB headers on the iCUE Lighting Node CORE. This is because the SSD will sit lower and right up against the accessory tray. 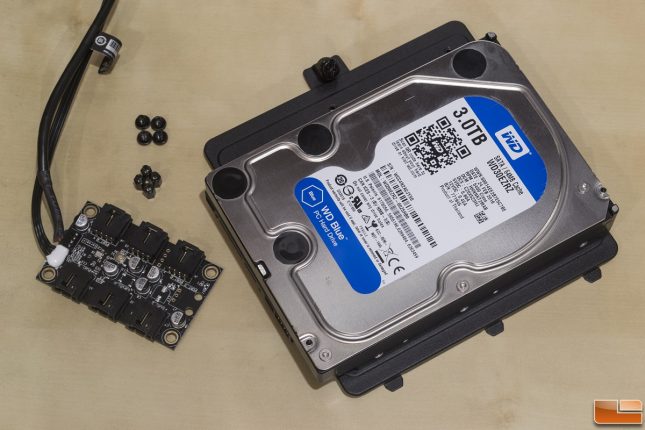 With the system assembled and powered on, the tinted tempered glass panels really did add that smoky look to it. In terms of thermals, there was adequate of airflow from the front of the case to allow the fans to pull in air. The top glass panel had slightly more than an inch of clearance from the dust filter. This allowed more room for the air to escape from the two ventilation gaps on the side of the glass panel. Overheating was not an issue with the iCUE 5000X RGB, but the 5000D Airflow variant will be a better case if thermals are the priority. 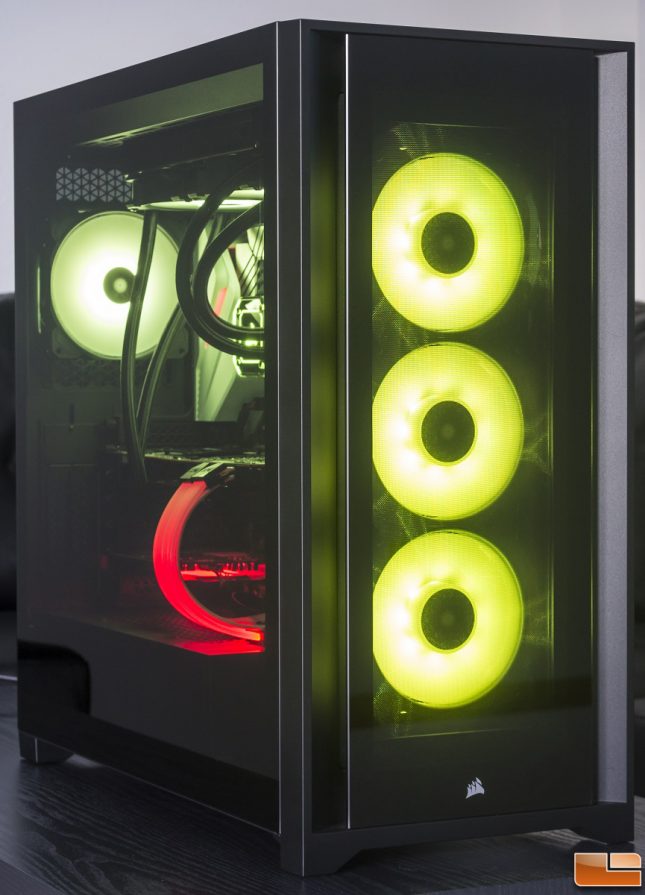 The Ryzen 9 3900XT in this system was overclocked to 4.2GHz all cores under 1.3 volts. With this configuration at 20.5C ambient room temperature, the CPU managed 75.4C average under AIDA64 when running CPU, FPU, and cache stress tests for 20 minutes. This result was cooler compared to the 76.3C on the iCUE 4000X RGB with a Ryzen 9 3900X at the same frequency and voltage. However, both systems had different fan configurations and a different CPU cooler. But I would imagine both the iCUE 5000X RGB and iCUE 4000X RGB would have just about equal thermal performance with the exact same setup configuration. 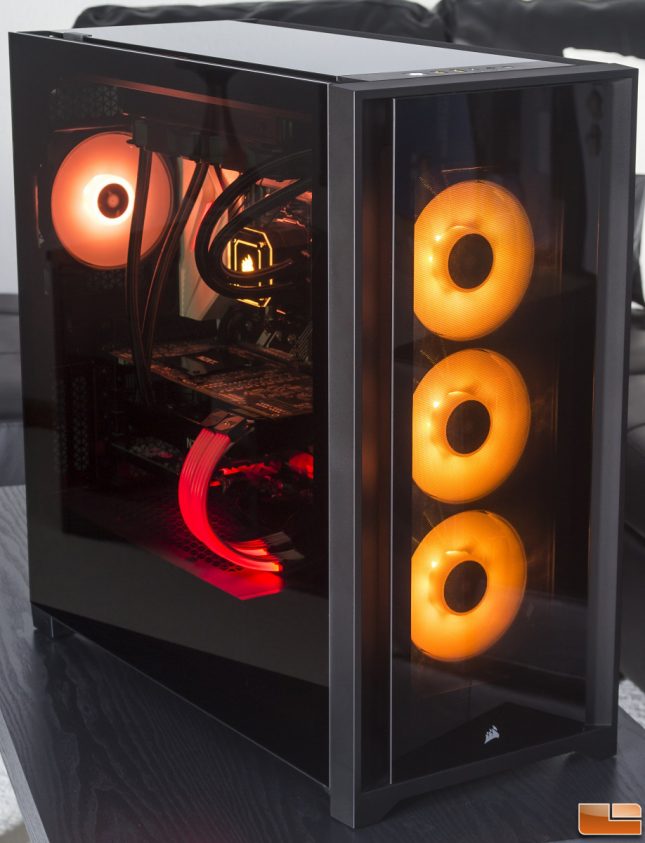 The iCUE 5000X RGB is a great looking case; there is no question about it. The only thing that I believe will steer people away is the size of this case. There are plenty of people out there, like myself, who enjoy a large computer case. But there are others who are tuning into smaller computer cases for a more compact build. The 5000 series are larger than most standard mid-tower cases, which may not attract buyers who are shifting towards smaller cases.

Users who like more room for future expansion will find a good reason to purchase a large case like the iCUE 5000X RGB. But for people who are looking at building a simple gaming computer with a single graphics card, standard ATX motherboard, and a 240mm radiator, a mid-tower case like the Corsair 4000 series will make more sense. 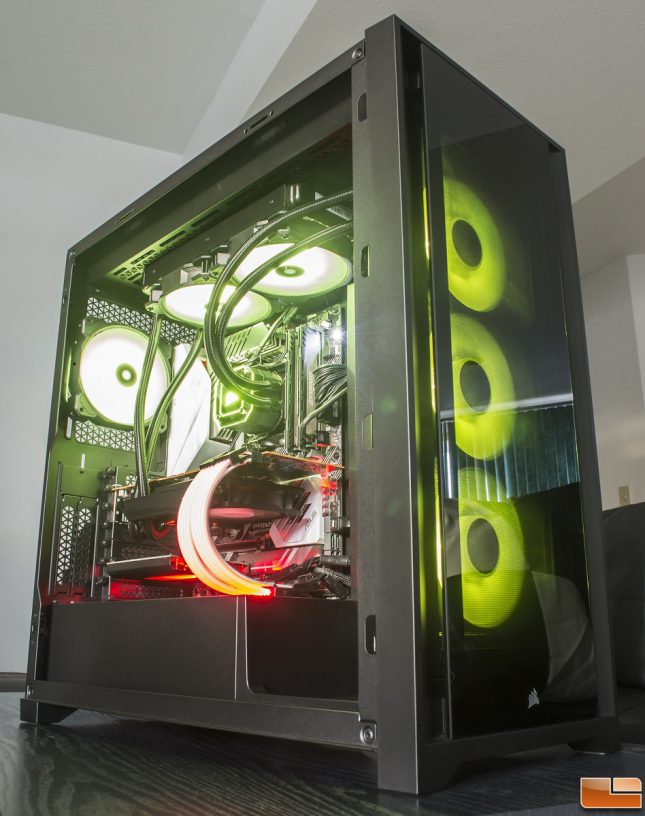 Let’s end this review with my final thoughts and conclusion in the next section.