The iCUE 4000X RGB is a great looking case that provides good airflow for the internal components. It looks great with the tempered glass side panels on the side and the front of the case. With the addition of the three SP RGB ELITE fans at the front, this enhances the appearance while paired with the iCUE Lighting Node Core. 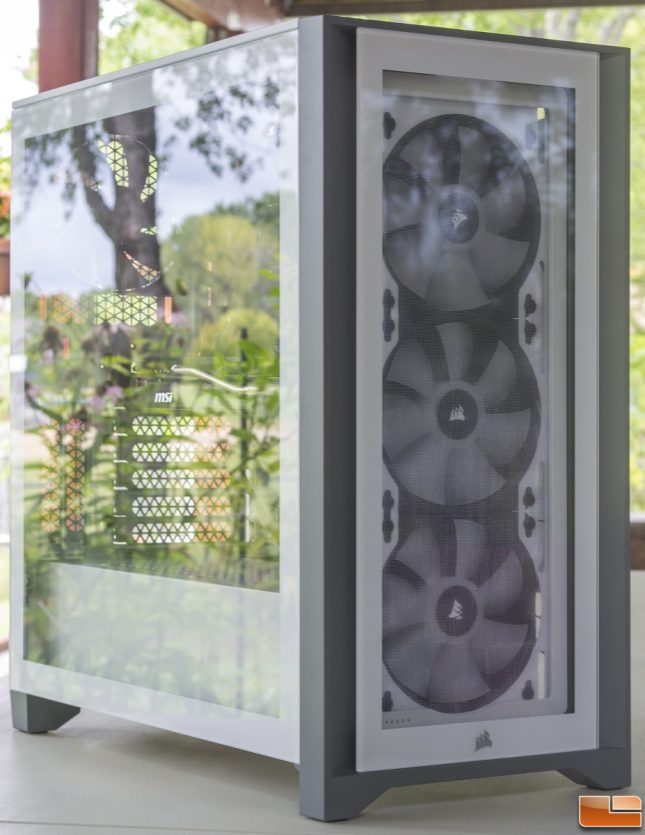 The included three SP RGB ELITE fans with AirGuide technology along with the iCUE Lighting Node Core adds more value to this case when compared to the 4000D and 4000D Airflow variants. Both of those cases come with an MSRP of $79.99. For just a little more, you can purchase the iCUE 4000X RGB for $119.99 MSRP. This extra premium gets you three RGB fans with a controller, which is a heck of a better deal than spending well over $40 for a separate kit of three Corsair RGB fans with a controller. Based on its performance, aesthetics, and value, the Corsair iCUE 4000X earns our Editors’ Choice Award.

Legit Bottom Line: The Corsair iCUE 4000X offers great value for your money with aesthetics and performance in mind.