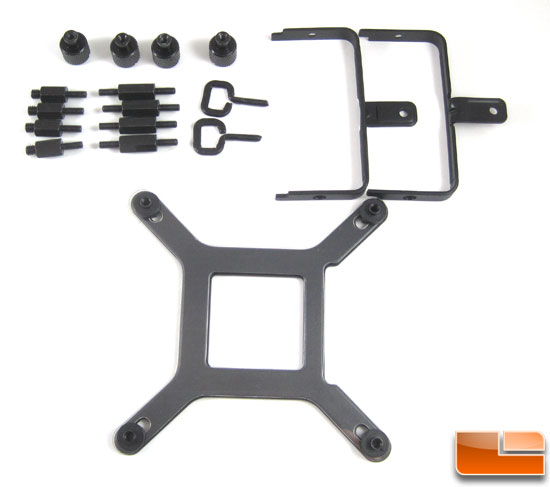 The mounting hardware that comes with the H100 looks a little slim, but it is all that is needed. Included are thumb screws, AMD brackets, AMD latches, Intel mounting studs and a backing plate. 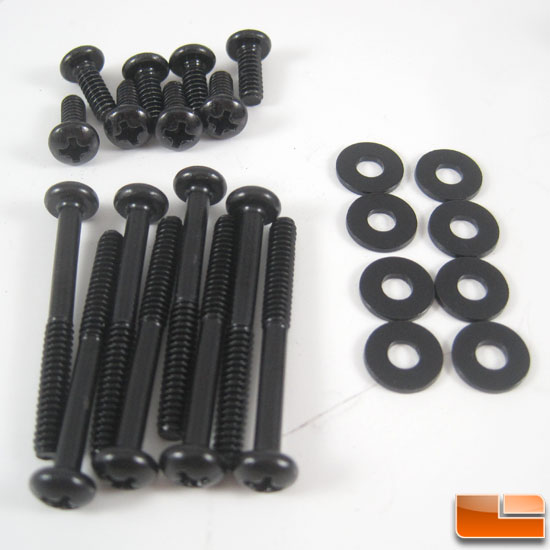 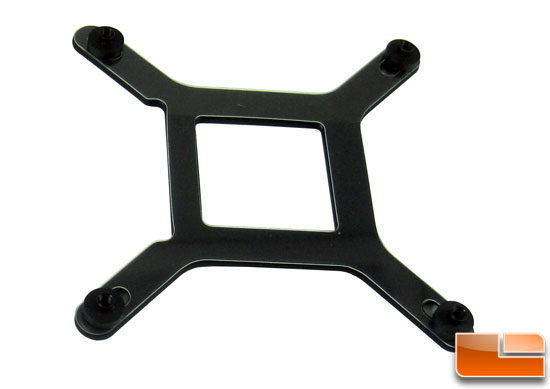 The backing plate for the Intel sockets is all metal with a plastic insulator to protect the motherboard. The threaded posts are permanently attached to the backing plate and slide to slots to adjust to fit your board. All the way in is LGA775, all the way out is LGA1366. In the middle is LGA1155/1156. 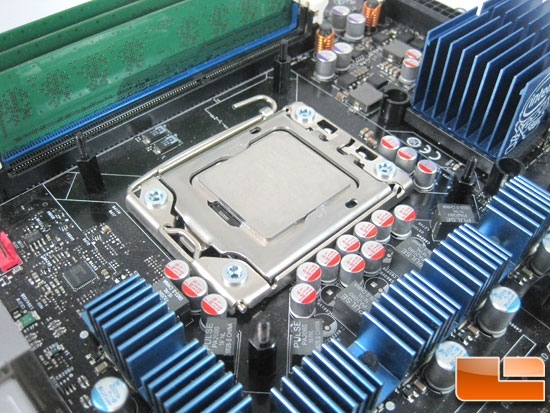 For Intel sockets the first step is to install the backing plate and the mounting post. 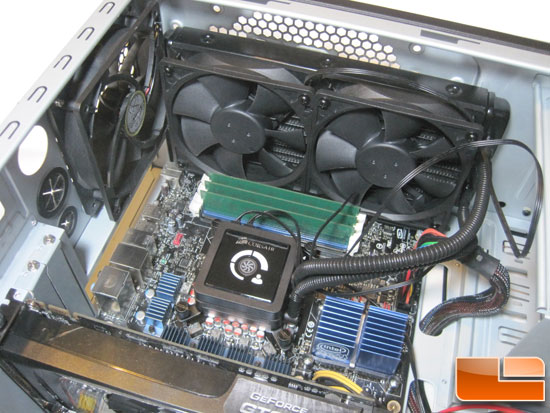 Then, install the unit in the case and on the motherboard. I installed the fans as shown in the installation manual, as an exhaust fan. I found for my system installing the pump first and then the radiator to be the easiest. Now with my case and motherboard combination I did run into a couple of issues; none the fault of the Corsair H100 but a good example of why you should plan your build parts. 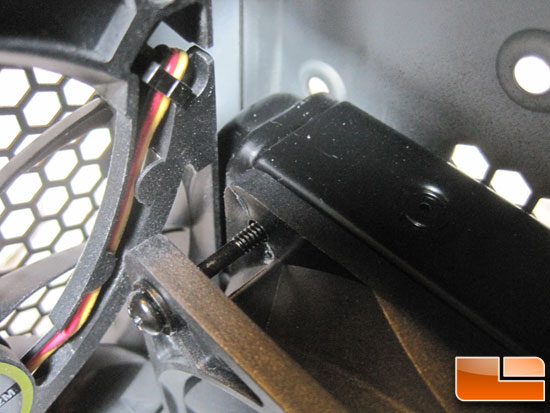 My case, the Cooler Master HAF-912, was designed with the intent of having an externally mounted radiator. Due to this the fan mounts are pushed to the rear of the case. If I didn’t use a rear fan this wouldn’t be too big of an issue, but I want it to feed cool air to the radiator. With the rear fan installed I had to have the fans to the inside; if I went to a quad fan configuration the rear fan would have to either be removed, switched to a low profile fan, or moved to the outside of the case. 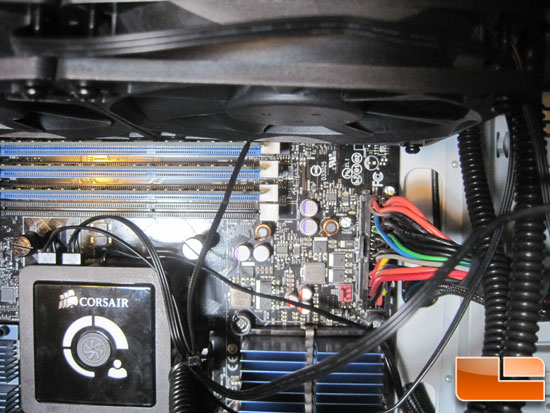 The other issue from the case being designed for an external radiator is the headroom above the motherboard. Now, with a standard layout motherboard this may not be as big of an issue, but with the odd layout of the Intel DX58SO board I use in the test system the RAM slots are very close to the fans. So close I had to leave the screws out of that corner on the fans because the screw heads would have touched the RAM.