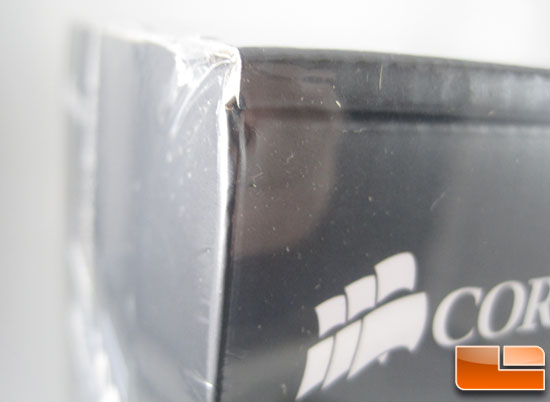 The H100 arrives in plastic wrap, so you will know that you are the first to open it. 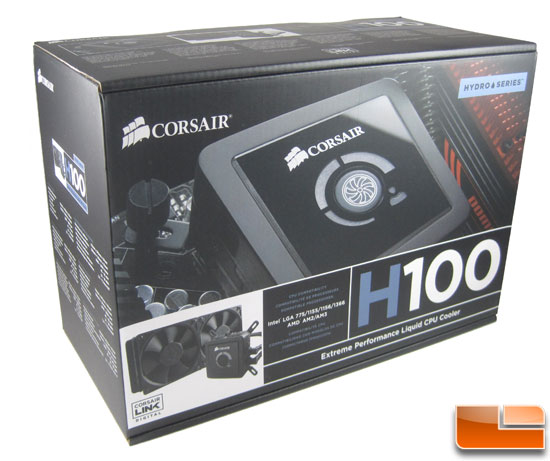 The box is done in usual Corsair styling. There is a nice image of the new pump housing. 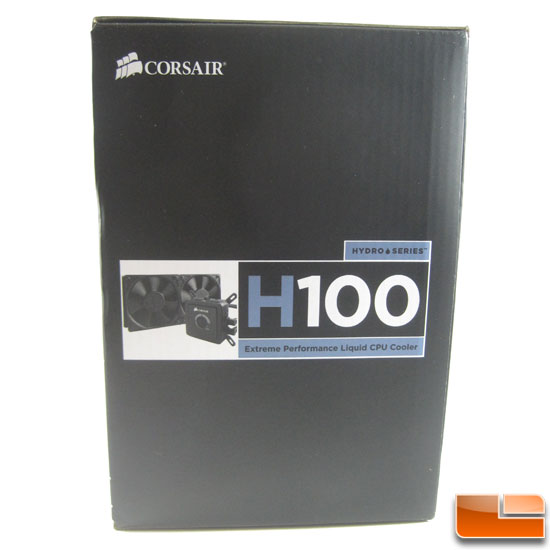 One end has only the simple H100 logo and a small, overall image of the kit. 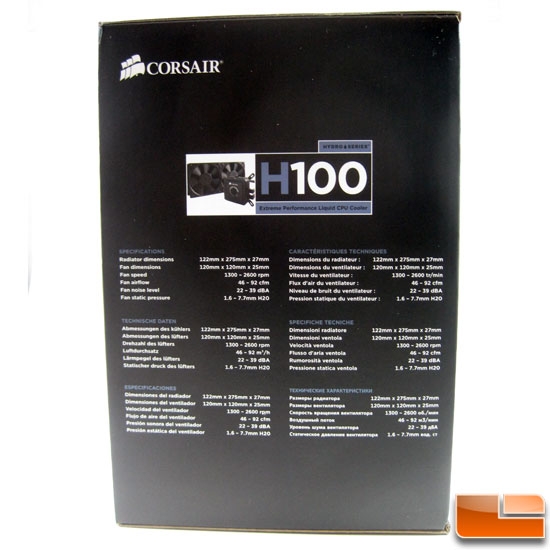 On the opposite end are the specifications of the H100.

On the side are images of the cooler and some text about the Corsair Link in multiple languages.

On the opposite side is a list of the box contents in multiple languages. 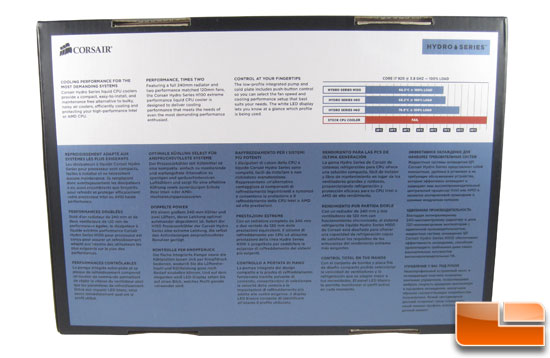 On the back of the box is list of features in multiple languages and a small temp chart. 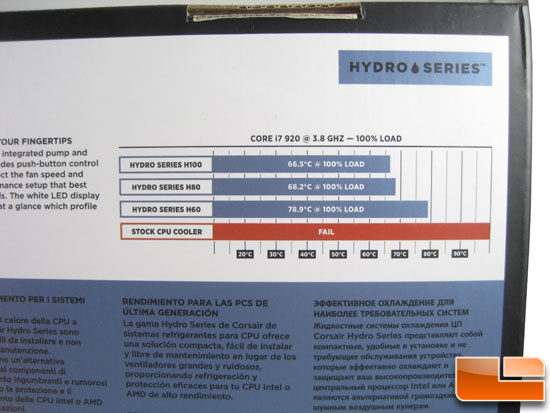 The chart shows how the H100 compared to the stock Intel HSF as well as the H60 and H80. According to the chart the H100 is a significant improvement over the H60 and has a slight gain over the H80. 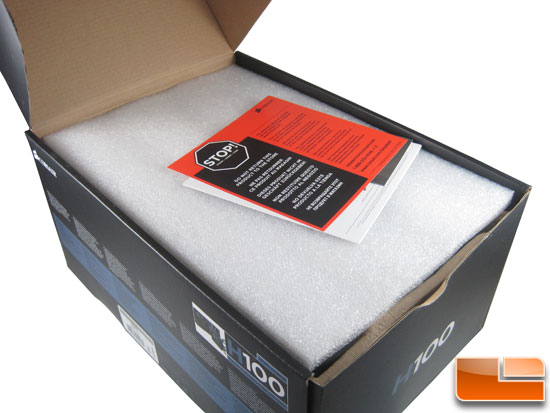 Upon first opening the box you see the instructions and a layer of sheet foam. 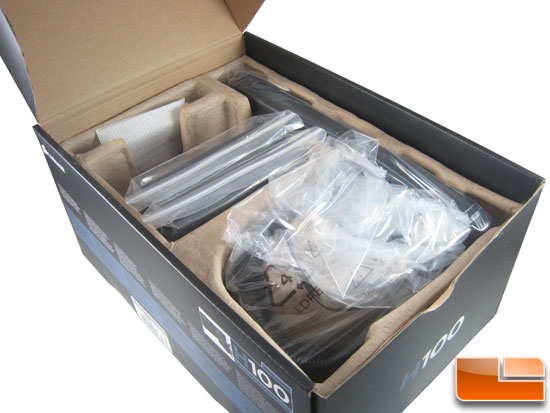 Under the sheet foam is the kit will all the individual parts wrapped in plastic and held snugly in a cardboard tray.