Looking closer at the Corsair H100 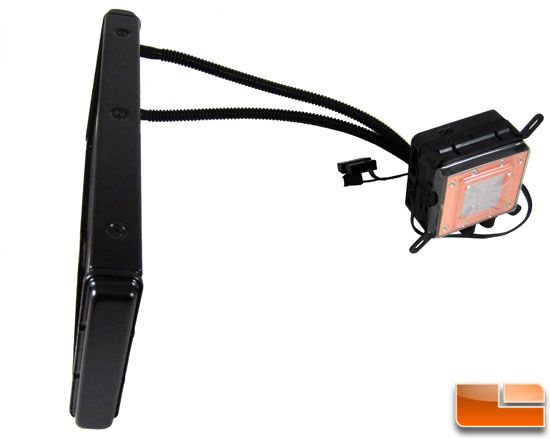 With the H100 unpacked we can start to get a good look at it. The Pump/Cold plate is connected to the radiator by the 12” long corrugated low-permeability tubing. The pump has a single wire running from it for powering the pump and the fans. 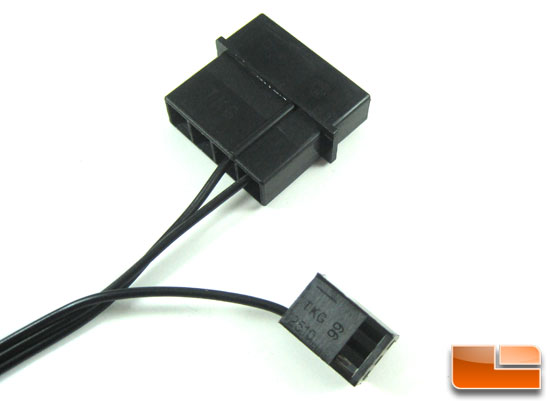 The Corsair Hydro Series H100 is powered from a single 4 pin Molex connector. There is a fan header connection that will allow you to see RPM readings for the pump. 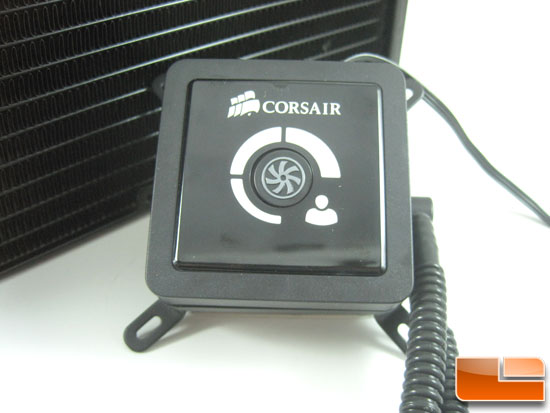 The pump housing has some flash to it compared to the H60 and earlier versions. There is a button in the center of the top. This is the mode selector switch. Around the outside of the button is a meter bar. The bar sections light up to show which of the three modes is being selected. 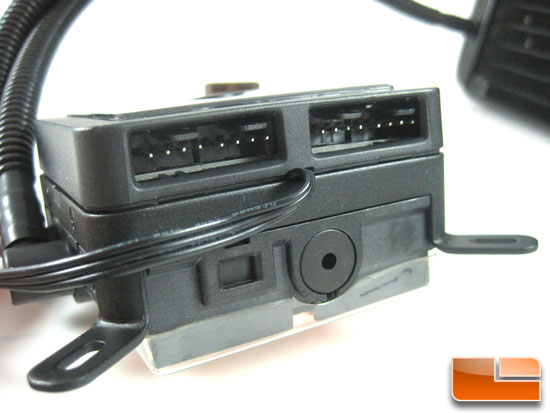 New to the H100 is the ability to power the fans off the pump housing. There are four fan headers on the side of the housing for powering the included fans; the fan controller in the pump housing then regulates the power to the fans for the selected speed profile based off the coolant temp. 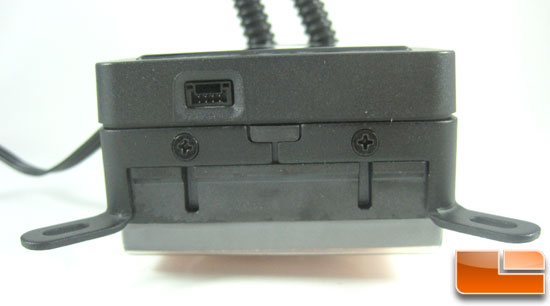 On the side opposite the tubing connections is the port for connecting to the Corsair Link system. 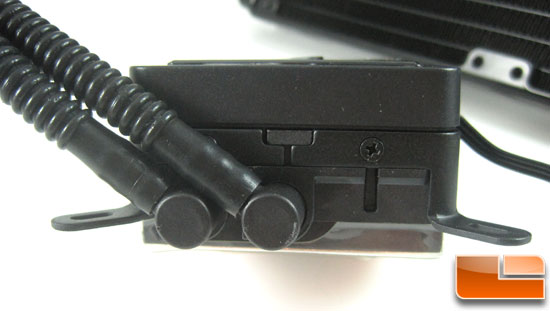 The tubing connects to the pump with 90* swivel fittings. The Swivel fittings allow for flexibly for installing the cooler. 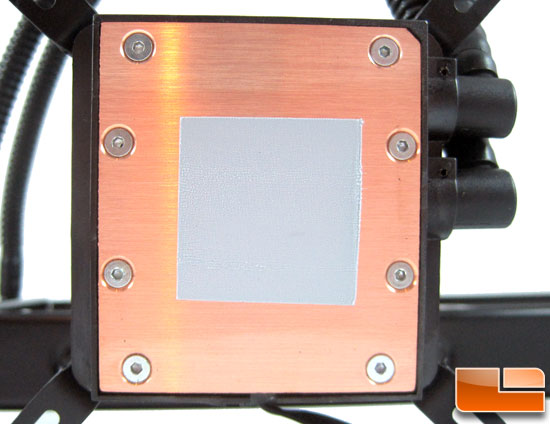 The H100 comes with a healthy amount of thermal paste pre-applied. 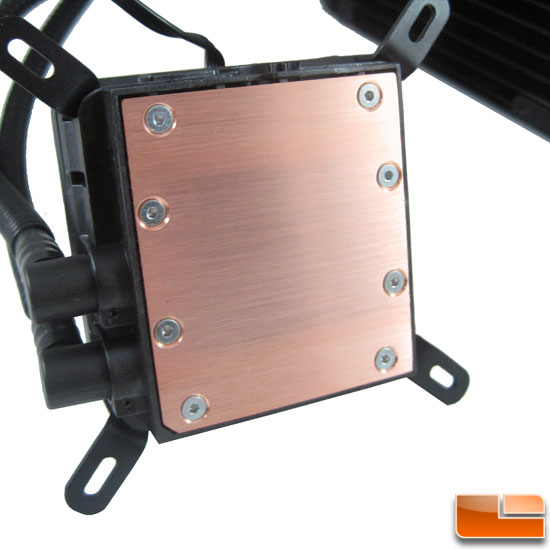 With the thermal paste removed we can get a good look at the base finish. The base is flat, and all the screw heads are sunk well below the surface. 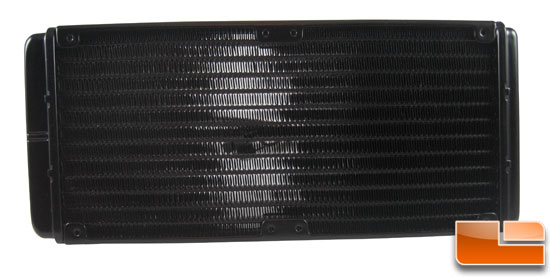 The radiator, made from aluminum, supports quad 120mm fans. It is 122mm wide… 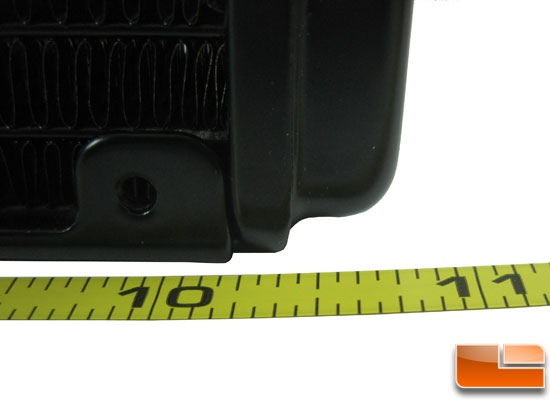 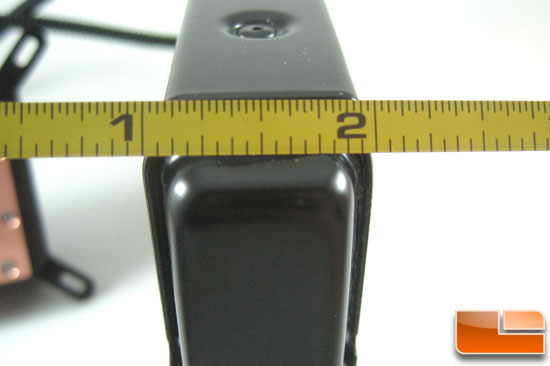 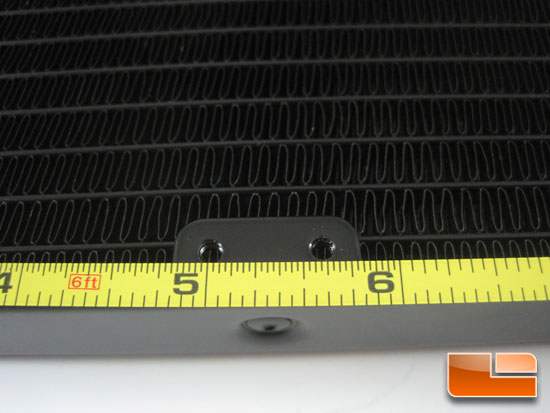 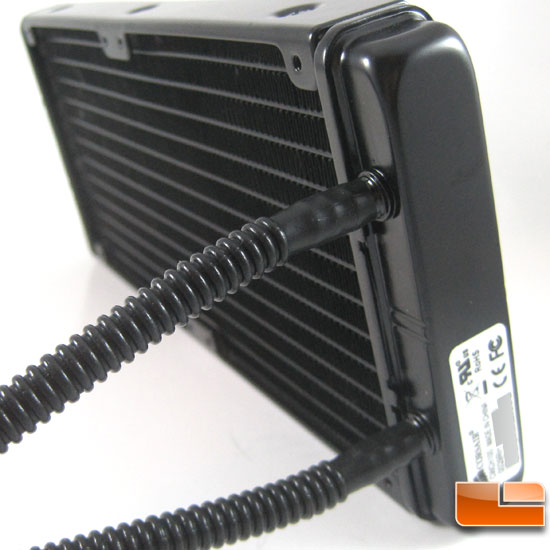 The tubing connects to the radiator with straight fittings.