Corsair made significant changes to bring us the K70 RGB RAPIDFIRE and the other Corsair RGB LUX keyboards. This is much more interesting than the M65 PRO RGB gaming mouse from Corsair which had too few updates to deserve a full review. With the K70 RGB RAPIDFIRE, we saw improvements to the keycap font which is larger to let more light through, the RGB controller which can process truly smooth RGB color gradients, and the CUE software which is easier to use. 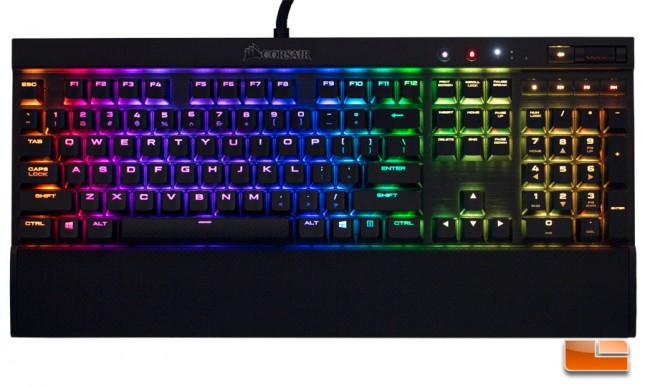 When the K70 RGB launched in September 2014, we were dazzled by the possibility of infinite lighting customization, but the difficulty of using the old CUE software distracted us from another serious problem. Not too long after the K70 RGBs release did the community realize that the rough color gradient changes that had been noticed were a hardware limitation and no firmware update would be able to bring smoothness to dynamic light effects. We had published our review long after that revelation and it did make the K70 RGB harder to recommend over its competitors in later reviews. What we also saw with some of those same competing RGB mechanical keyboards were modified or custom built switches designed for gamers and thus designed to actuate faster. 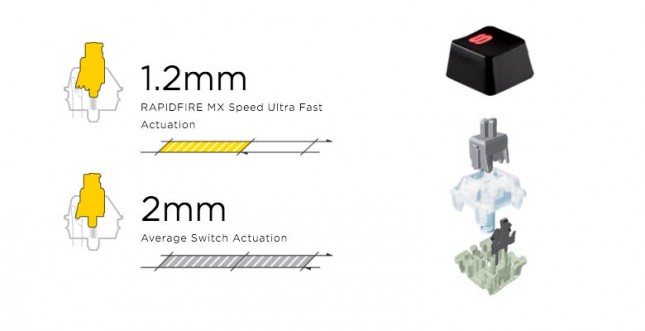 It’s unfortunate that it took this long for Cherry to develop a new MX switch designed primarily for gaming. Razer was quick to launch its own modified Cherry MX clone switches shortly after the patent expired two years ago. Logitech and SteelSeries then brought forth entirely new switches to the market that tackled the gamer switch problem very aggressively. With the K70 RGB RAPIDFIRE, the new Cherry MX Speed Silver is an improvement to the very similar MX Red. Both Cherry switches have the same light 45g actuation force and the same linear mechanism which means bottoming out the switch is the only source of tactile feedback and noise.

What is different is the reduced distance to actuating the switch and by extension, bottoming out the MX Speed Silver switch. The 1.2mm travel needed to engage the switch is very close to the neutral position allowing for a keypress with a very fast response especially when compared to that of MX Reds. Particularly with regular typing, we found it much more satisfying that there is less wasted effort to press the keys all the way down or to guess the actuation during a partial press. 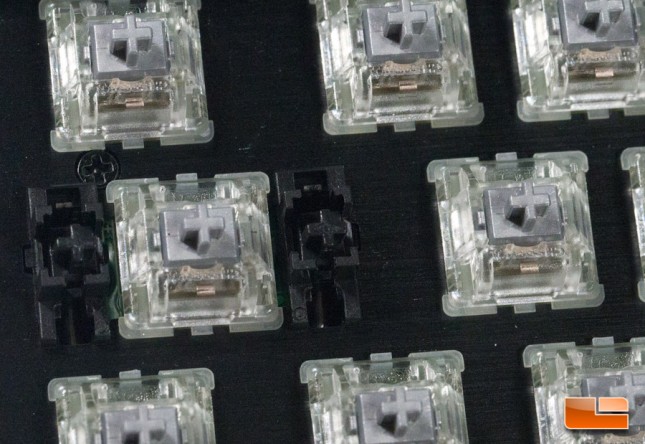 Compared to the Logitech Romer-G mechanical switch that we have on hand from a previous review, there’s little difference to the actuation distance. The 1.2mm vs 1.5mm actuation distance is difficult to subjectively notice as it is overshadowed by the difference in tactile mechanisms Logitech Romer-G has a tactile bump feedback mechanism unlike the linear Cherry MX Speed Silver switch. While personally, I like tactility because it adds stimulus to my keystroke, for once I find myself really liking a linear switch since comparatively little effort is needed to engage the MX Speed Silver switch. I look forward to when Cherry brings this design principle to its MX Blue and MX Brown switches.

We made a quick 40 second video using the K70 RGB RAPIDFIRE to demonstrate what the Cherry MX Speed Silver switches sound like and to give some examples of the keyboard backlighting possibilities. The microphone did a very good job capturing the characteristic “clack” sound of the keystroke bottoming the MX Speed Silver onto the aluminum backplate. This sound would also be the same if the keyboard had MX Red switches due to the very similar mechanisms. 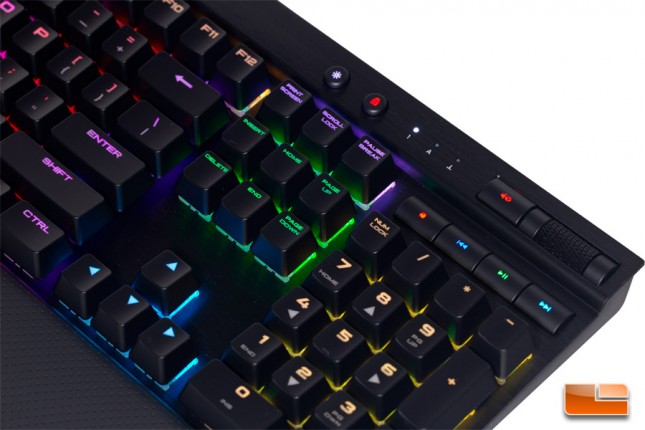 As we close our assessment of the K70 RGB RAPIDFIRE, we give high marks for the larger keycap font and the updated RGB controller both taken from the Strafe RGB. The improved backlight visibility and color effects are beautiful to look at on top of the already stately brushed aluminum. We also appreciate Cherry’s effort to shorten the entirety of the keytravel when designing the MX Speed Silver. The reduced distance to actuate the switch and bottom out the stroke was very significant and noticeable. Yet, those with a preference for tactile or clicky mechanical switches wont be swayed by this improved linear switch. The K70 RGB RAPIDFIRE is priced at $169.99 (Amazon) which is the same price the K70 RGB had when it launched in 2014. Since it doesn’t seem Corsair is tacking on a premium, we recommend the K70 RAPIDFIRE keyboards with Cherry MX Speed Silver switches over the K70 keyboards with the Cherry MX Red switches as the reduced travel is an improvement.

Legit Bottom Line: The Corsair Gaming K70 RGB RAPIDFIRE brings much appreciated improvements to the backlighting on top of accrued improvements of the CUE settings software. The Cherry MX Speed Silver switches are an improvement over the Cherry MX Red switches in just about every way. 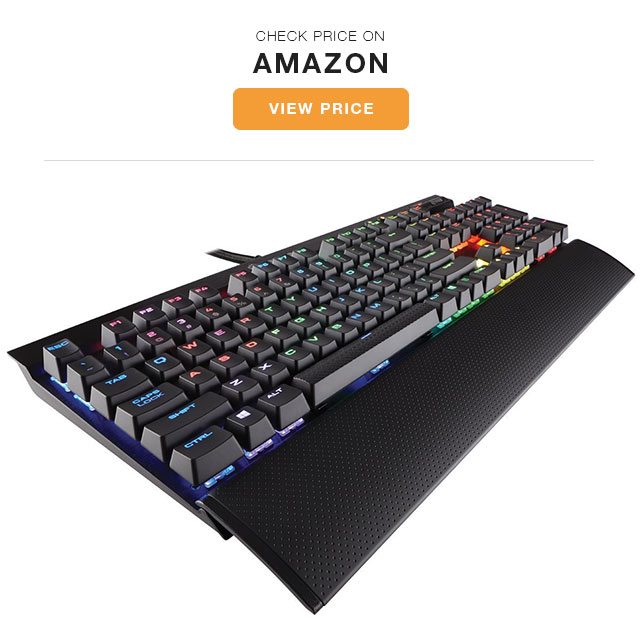