Final Thoughts on The Voyager Go

If you are looking for a USB Flash drive that can work on both your PC and your Android device, the Corsair Flash Voyager GO might be the perfect drive for you. We love how small this drive is and it worked great in all the devices that we tried it out in. The Voyager GO was found to have impressive read speeds of up to 156MB/s read in CrystalDiskMark, but the write speeds were just 22MB/s. This drive isn’t aimed at the high-end power user and the price reflects that, but the write speeds are a bit of a bummer. The good news is that if you are moving data between Android devices this really doesn’t matter much as you’ll be using the USB 2.0 interface and many of the older mobile devices will be the performance bottleneck. The only place you’ll really be tapping your finger and waiting is if you have a USB 3.0 port and you are writing to the Voyager GO. 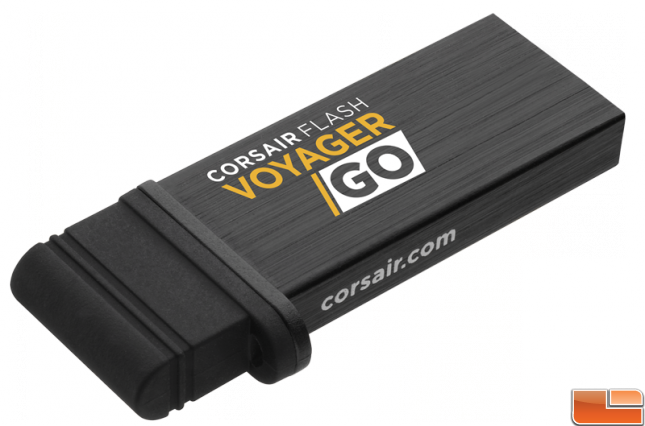 When it comes to pricing the Corsair Flash Voyager GO is rather affordable with suggested retail prices starting at just $19.99 for a 16GB drive and going up to $49.99 for a 64GB drive. Usually retailers will price items below the MSRP, so we expect to see street prices on these drives to be lower! Not bad for something that is backed by a 5-year warranty and will work on a ton of devices. 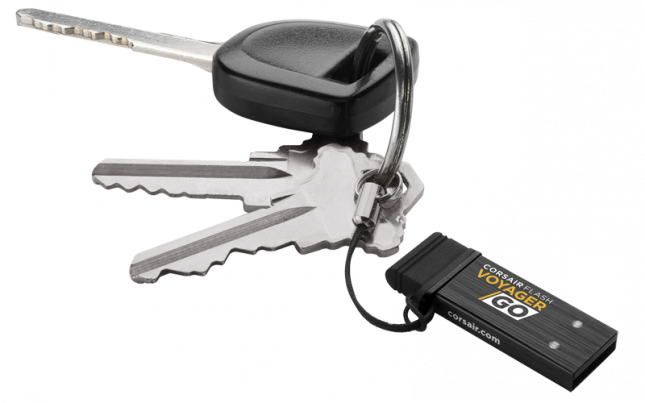 At the end of the day the Corsair Flash Voyager GO gives you the ability to keep data on your key chain and share it between both your mobile device and your PC. It eliminates the problem of having to find a USB data cable to connect your phone/tablet to your PC to move large files that can’t be e-mailed. Heck, it even eliminates the need to e-mail files to yourself and pretty much all of us are guilty of doing that. It’s easy to fall in love with products that solve common problems and that is why the Corsair Flash Voyager GO left us with a favorable impression despite the write performance of the drive. We can easily recommend this drive to those that are looking for a single storage drive that will work with both their PC and Android mobile devices.