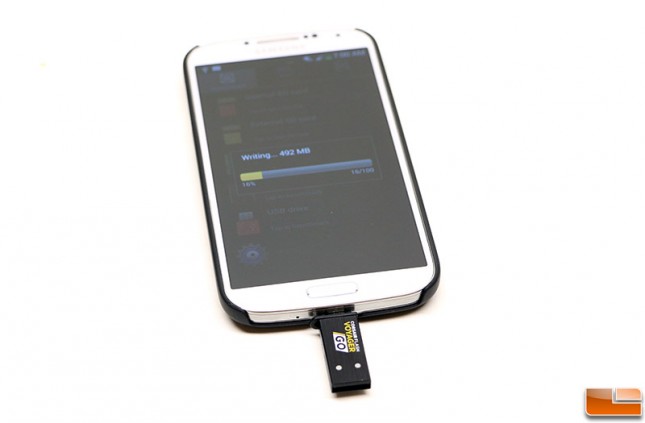 We also wanted to check out the speed on a mobile device, so we fired up the SD Tools v 3.5 App on our Samsung Galaxy S4 Smartphone that is running Android 4.3 and gave it a shot. 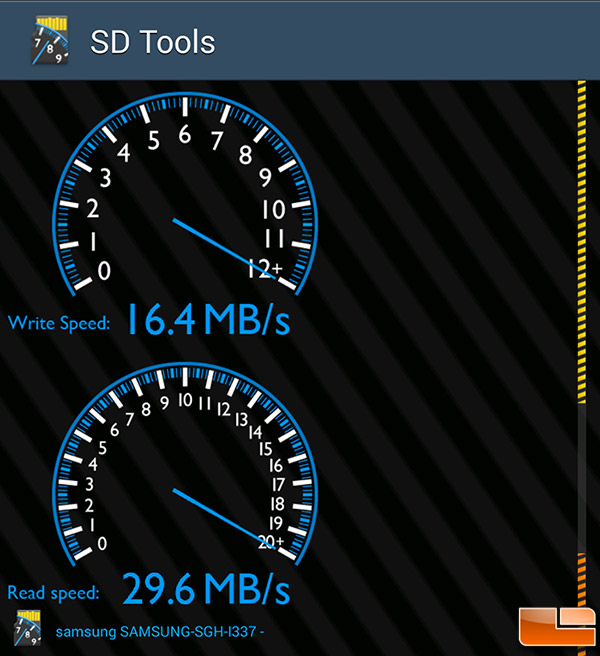 As you can see from the screenshot above the App was showing that we were getting 29.6 MB/s read speeds and 16.4MB/s write speeds. Remember that the micro-USB port uses the USB 2.0 standard, so these are pretty respectable speeds.

We also ran the A1 SD Bench v2.0.0 App and after running the long benchmark it was showing that we were getting 24.4MB/s read speeds and 10.44MB/s write speeds.  Notice that there is a total of 29,557MB of space on this Flash drive.