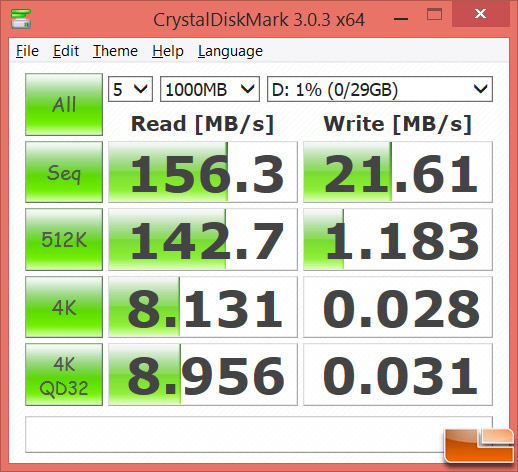 Benchmark Results: CrystalDiskMark showed that we hitting 156.3MB/s read and 21.6MB/s write on the sequential tests! Corsair rates this drive as having up to 135MB/s speeds, so we are able to confirm those speed ratings using this particular benchmark. The read speeds are impressive for such a small device, but the 21.6MB/s write speeds are unimpressive and leave us all wanting more performance for write operations. 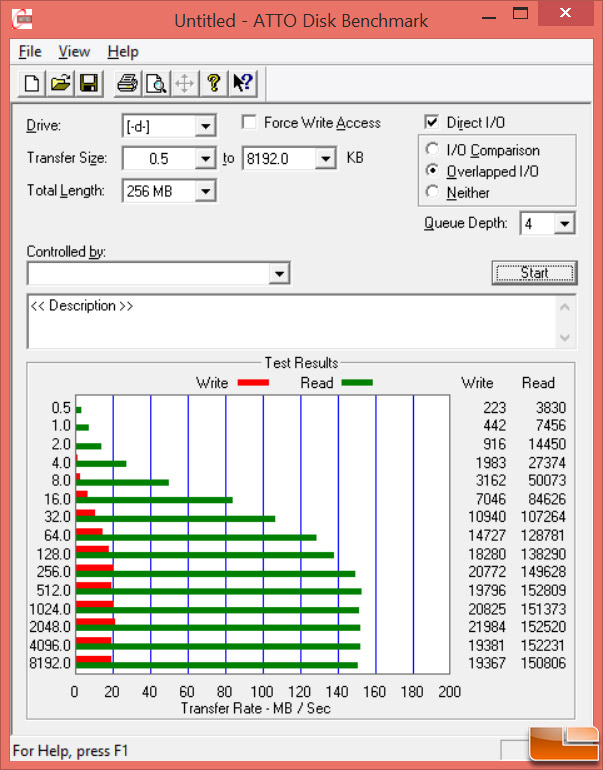 Benchmark Results: ATTO showed the Corsair Flash Voyager GO 32GB card was able to reach 152.5MB/s read and 22.0MB/ write speeds with the default benchmark settings. Not too shabby and very similar to the results shown in CDM.

TeraCopy 2.3  is a compact program designed to copy and move files at the maximum possible speed and features a timer that works great for review purposes as we can easily show you time differences between different file transfer scenarios. TeraCopy also uses dynamically adjusted buffers to reduce seek times and has asynchronous copy speeds up file transfer between two physical hard drives.

We recently moved over 19.44GB of pictures and movies that we shot on our Canon 70D SLR camera during CES 2014 to our ASUS UX31A Zenbook that runs Windows 8.1. We wanted to see how long it would take to move that folder to the Corsair Flash Voyager GO 32GB and then back to the Ultrabook. There are 957 files in this folder and include just pictures and movies. This is a very real usage scenario, so we can’t wait to see how the drive performs! 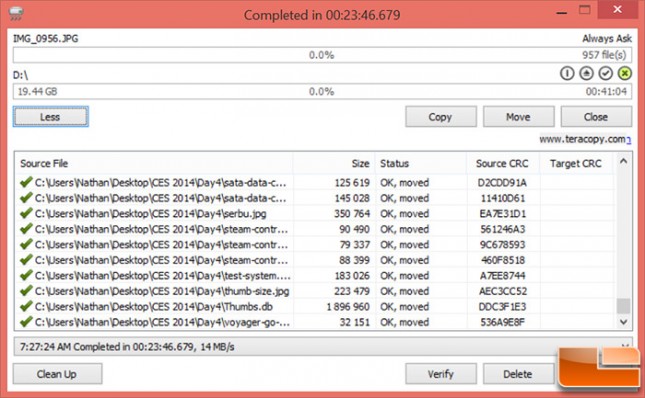 Moving the ~19.5GB folder from our desktop to the Corsair Flash Voyager GO 32GB took 23 minutes and 46 seconds and it looks like we averaged 14MB/s during the data transfer. This isn’t the quickest of speeds by any means and waiting nearly 25 minutes to move over your data certainly makes you wish that you had faster write speeds on the Voyager GO. 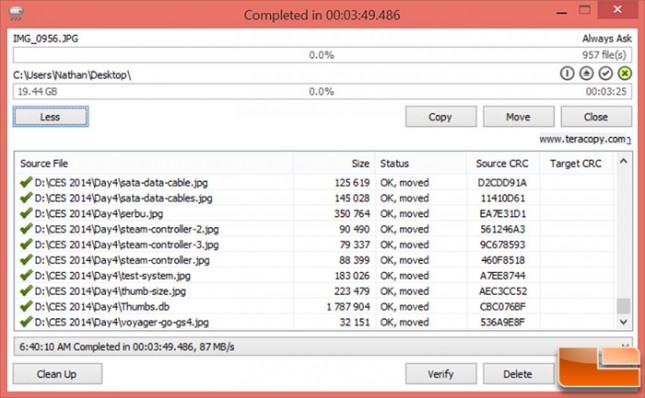 We then moved the folder from the Corsair Flash Voyager GO 32GB to the desktop again and found that it took just 3 minutes and 49 seconds! The read speeds are great and we averaged 87MB/s when it came to read speeds. Notice that the real world test is significantly slower than the synthetic benchmarks, which is why we ran it!