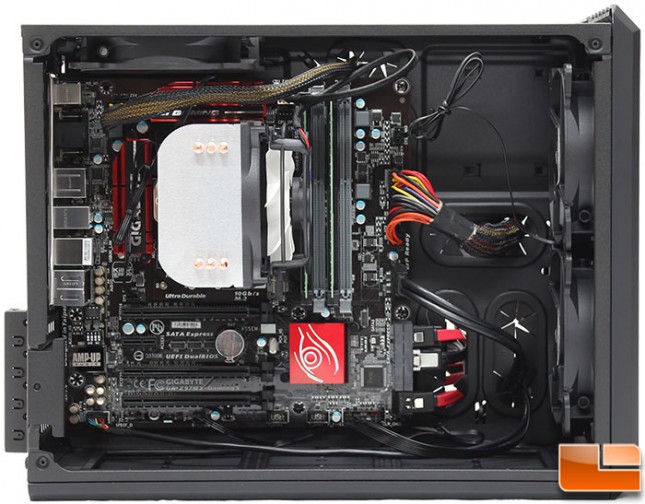 Installing a Micro ATX board in the Air 240 goes off without a hitch. Everything lines up perfectly, and the four exposed cable management holes makes it easy to route cables to keep the interior clean. If you decide on air cooling for the CPU, you will need to keep in mind that the Carbide Air 240 only supports CPU Coolers up to 120mm. Of course a liquid cooler won’t have to contend with this height issue, but you’re limited to 240mm radiators. 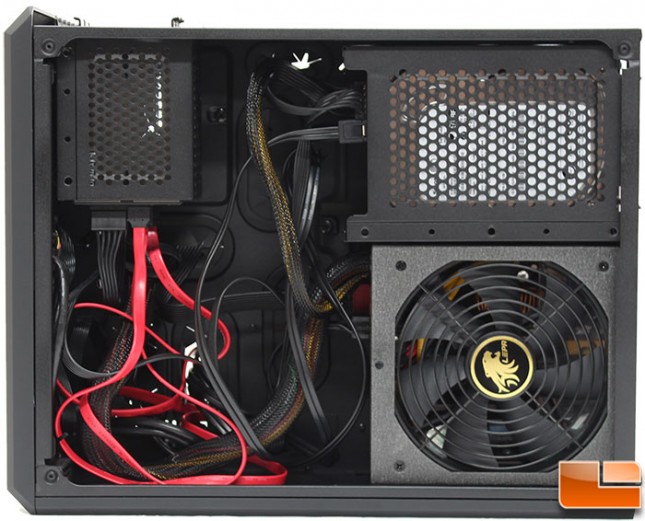 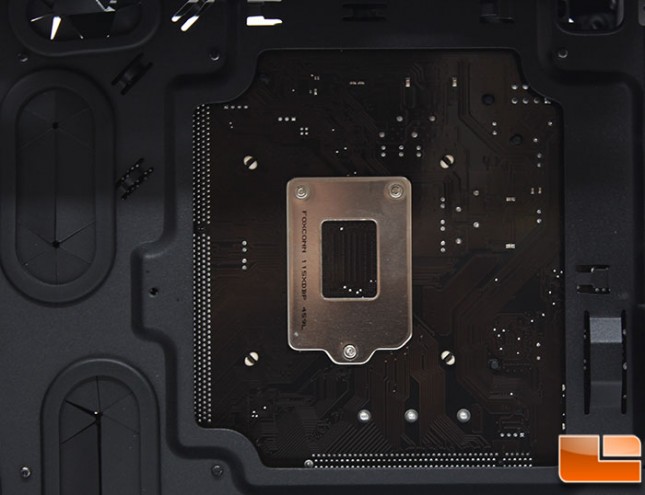 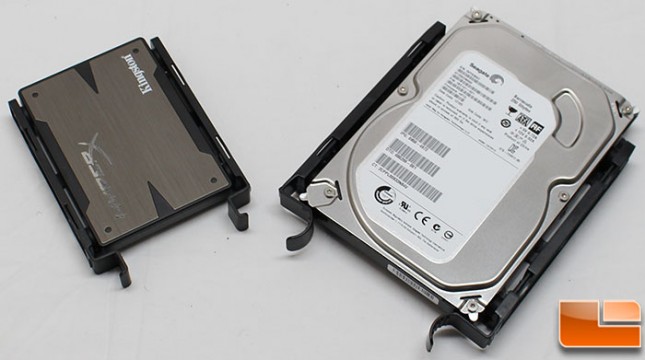 Both sizes of hard drives pop into their associated rail with ease. Slightly bending the tray allows for the drive to pop into the slot. 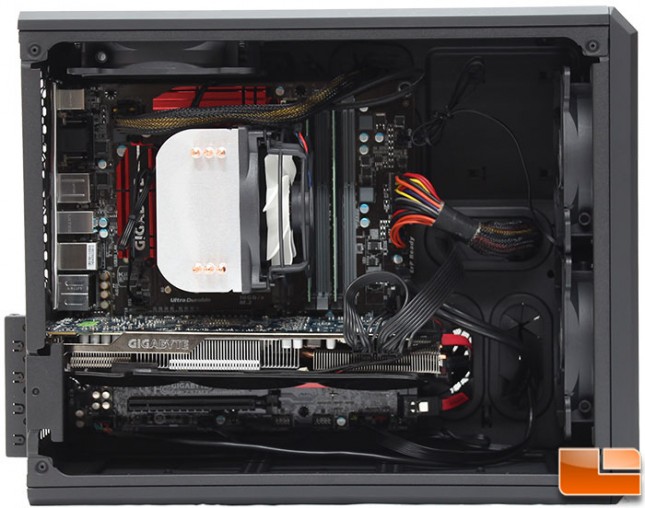 With the video card installed, it’s time to close up the case and look at the final build. Even with the Gigabyte HD7870 installed, there is just about 3in of space between the end of the video card and the front intake fan, leaving plenty of room for a 240mm radiator in push/pull configuration. 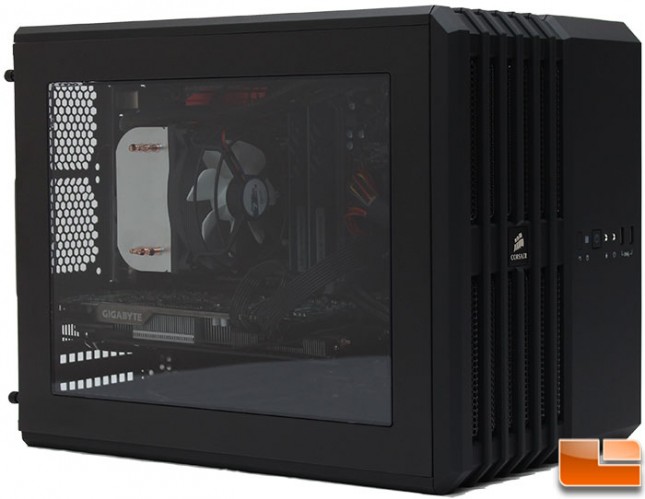 Looking through the window, all the hard work on the motherboard and GPU can be seen. The cable management behind the motherboard is invisible since the back panel doesn’t have a window.