A Closer Look At The Cooler Master MasterCase Maker 5t

I have to admit that the Cooler Master MasterCase Maker 5t is one badass looking case with a handle that is clearly inspired by by the Storm Trooper and Storm Stryker cases before it. The design of the handle has the ability to withstand nearly 63 pounds. I have to admit that my build comes really close to it’s limit. Let just say with everything I built into it… it’s heavy. 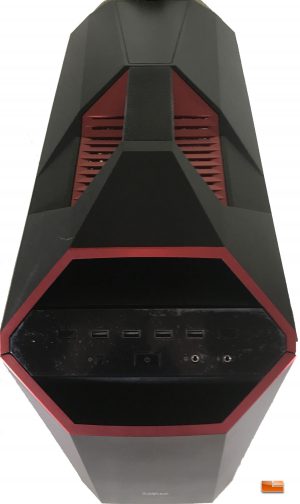 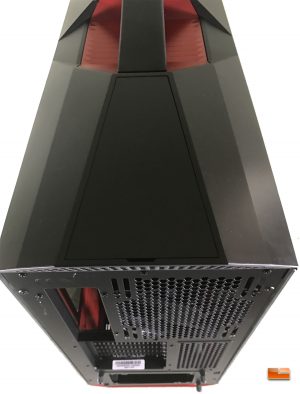 Now we get a good look at the smoked tempered glass side panels which are easily removable with the use of a key. Both glass side panels not only show off your killer build inside, they are also both completely reversible. Just be careful when you remove them.. If you drop one one and it breaks I don’t imagine they are inexpensive to replace. 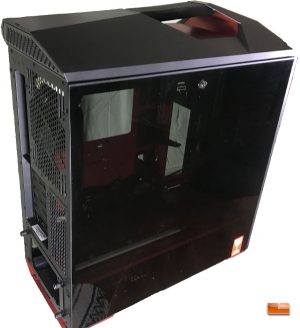 The front control panel features 4 USB 3.0 ports, audio inputs and outputs as well as fan control settings (High and Low) and also controls the on, off, and “Breathe” control features of the MasterCase Red LED strip. Oh hey, I almost forgot to mention it has a reset button as well.

That’s just the outside of the Cooler Master MasterCase Maker 5t. Lets take a closer look at the inside.