In the benchmarks that I will be running, I used an Intel 4770k clocked at 3.5GHz with Turbo Boost and the low power state enabled. Turbo Boost allows the 4770k to hit up to 3.9GHz. We chose not to overclock beyond the turbo frequency to show you what your average user would see. To record temperatures, I used Core Temp while each program was active and averaged all 4 cores.

Benchmark wise, I will be using several synthetic and real-world benchmarks to perform normal, heavy, and extreme load. The benchmarks that Im going to use today include: Prime95, x264, 3DMark 2013 (Firestrike test only), Metro Last Light, and Sleeping Dogs. Prime 95 will peg all four cores and eight threads to 100% for 15 minutes, which will help us to understand exactly how hot this CPU can get with each cooler.

Ambient temperature during all testing was 74 degrees Fahrenheit (23.3 degrees Celsius). 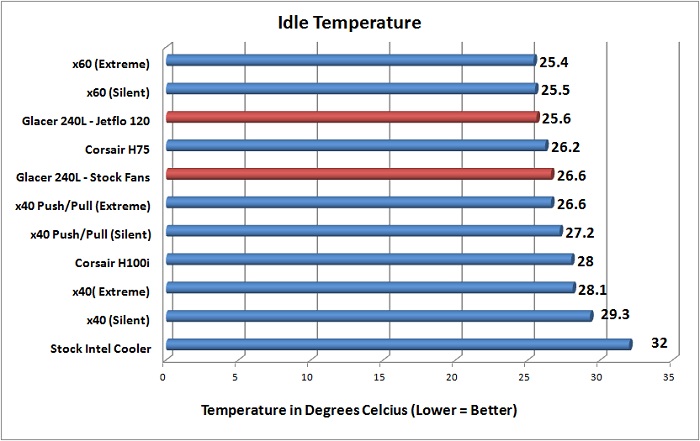 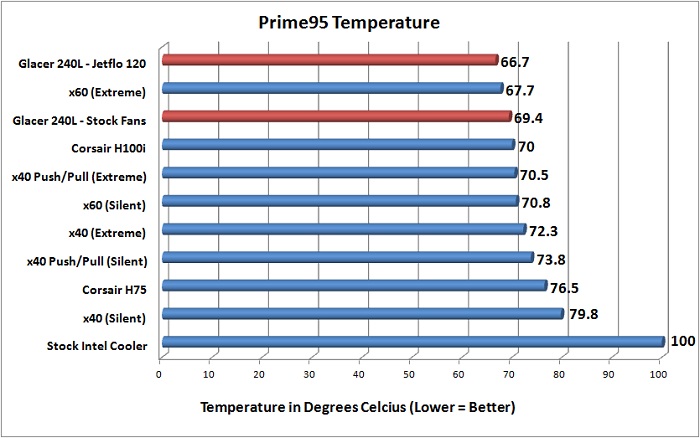 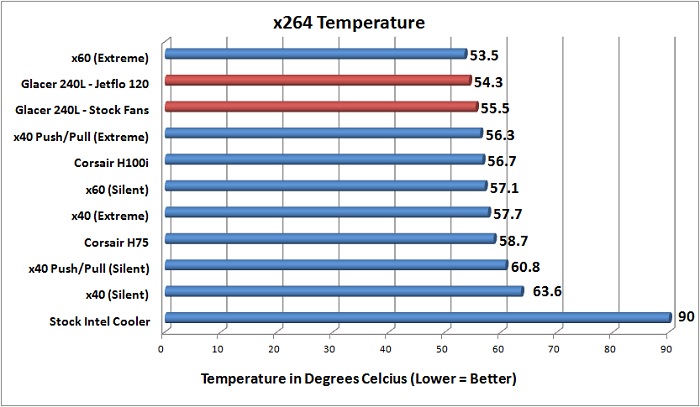 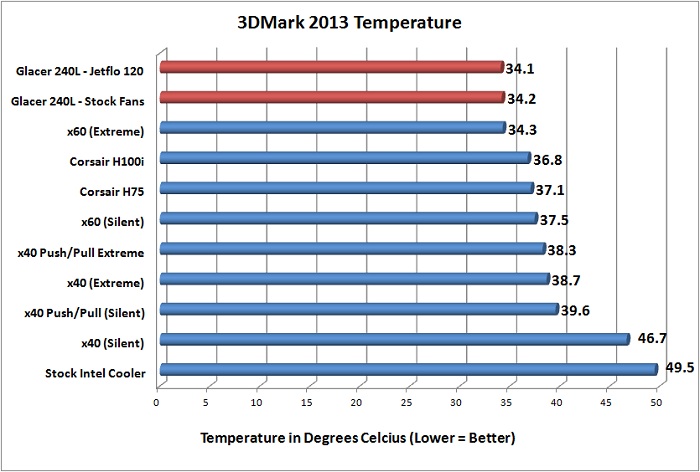 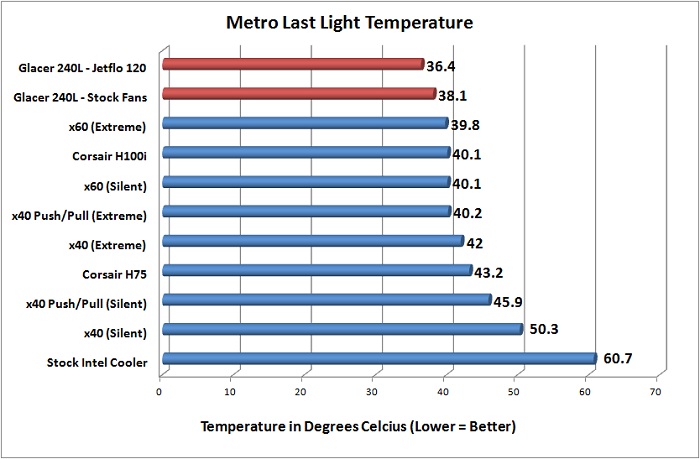 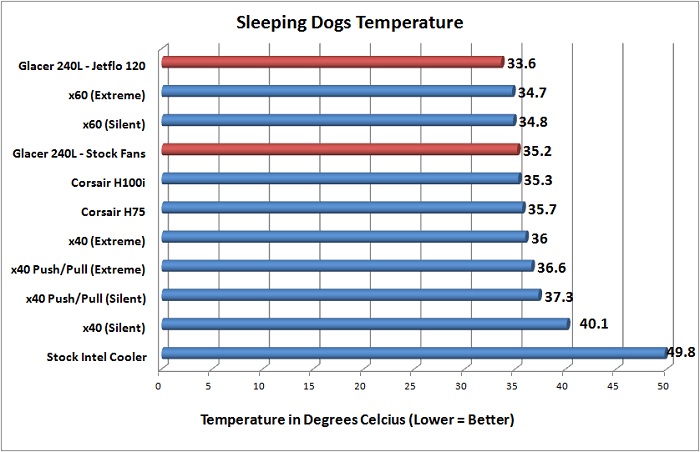 Overall Results: I was actually quite impressed with how the Glacer 240L performed compared to its competition, beating out the competition in nearly every test. The big monster 280mm or 140mm radiators are said to have the edge over their smaller 240mm or 120mm siblings, but this AIO cooler showed that to this is not always the case. I was definitely even more impressed with how this performed with the Jetflo 120 fans installed!