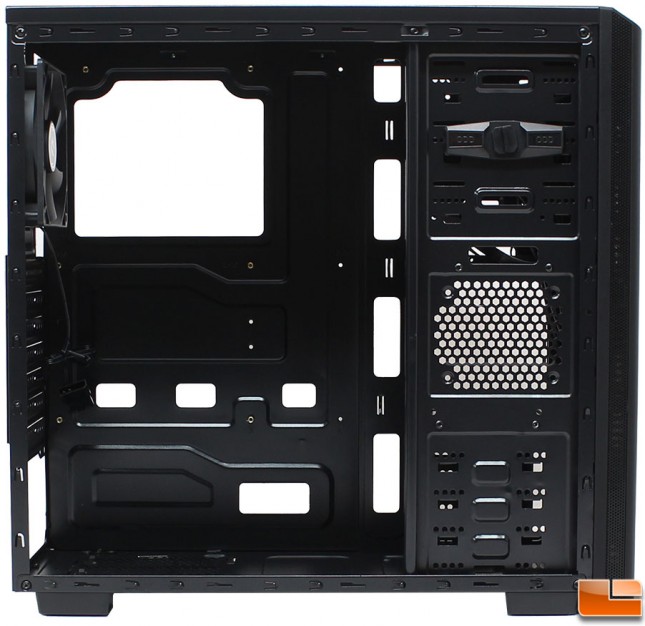 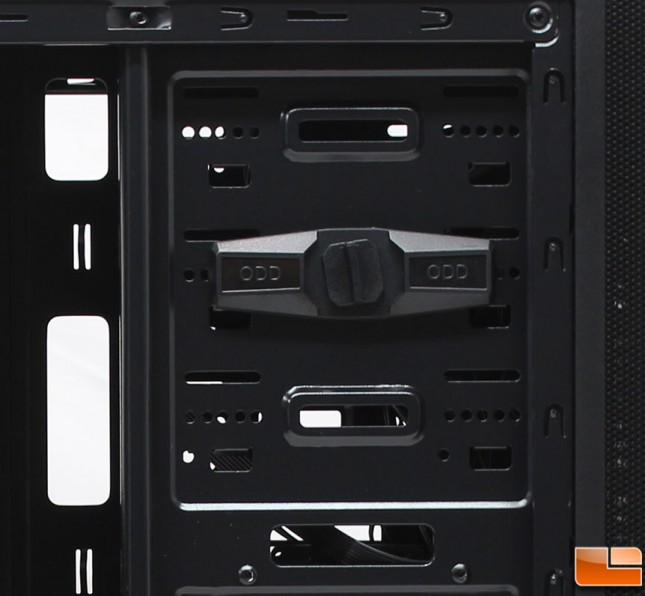 There is one easy to use tool-less mechanism to secure your 5.25″ device.  The other two bays can be used for additional hard drive storage, if you have the right bracket.  Immediately below the 5.25″ bays is a 3.5″ bay for a hard drive. 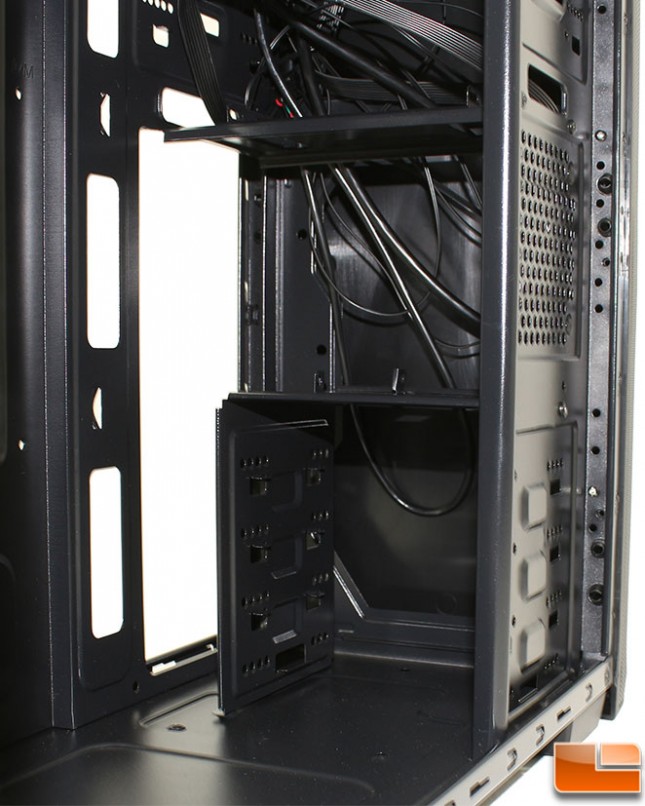 Taking a look at the other 3.5″ bays from the inside, we find three additional 3.5″ hard drive bays, with one 2.5″ bay on top of these.  The other 2.5″ bay is designed to use the metal panel to secure the drive to it. 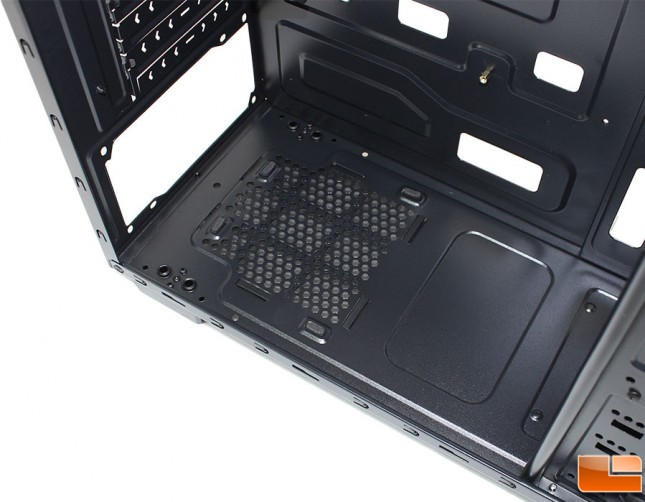 Nothing unexpected to see on the back panel.  As we previously mentioned, the seven expansion slots have covers, with only the first one being readily removable.  The other six will need to be popped out before using those slots.  BitFenix did not include any additional covers though, so you’ll only want to remove the ones you need. 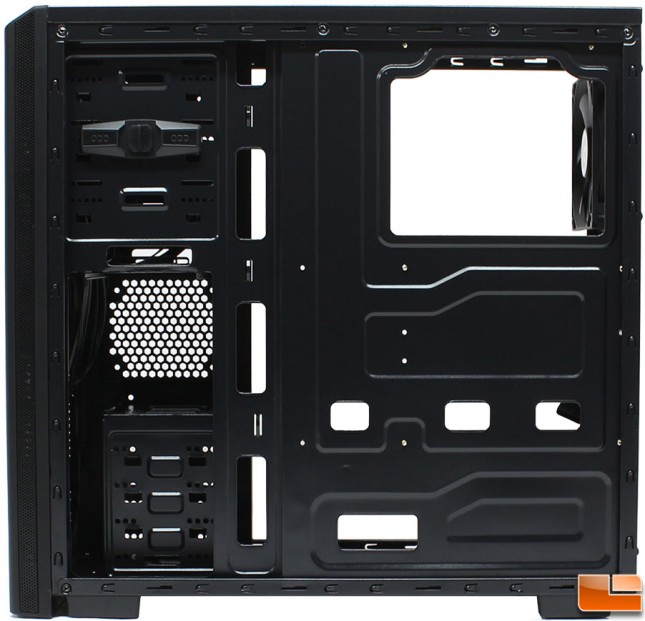 No places to secure cables on the back of the motherboard tray, that’s because there is pratically no space for cable management behind the motherboard tray.  The one area that there is room for cables is just under 1/2 inch which will be taken up pretty quickly with the 24-pin motherboard power.  No cable management options is a disappointment, however keeping in mind that target audience of a budget oriented case, this can be easily overlooked.