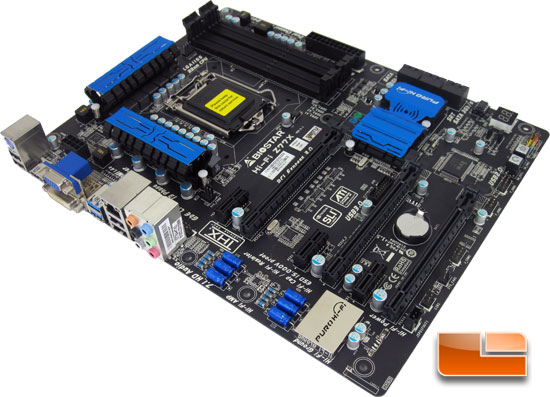 Recently BIOSTAR launched their Hi-Fi series of Intel motherboards. Currently it consists of two different models, the Hi-Fi H77S and the Hi-Fi Z77X. Today we have the later to look at. In case you hadn’t guessed, the BIOSTAR Hi-Fi Z77X takes advantage of the Intel Z77 chipset from Intel which supports the latest Intel ‘Ivy Bridge’ processors and all of the goodies that come with it. When we first opened up the BIOSTAR Hi-Fi Z77X we noticed that it was remarkably similar to the BIOSTAR TZ77XE4 that we looked at earlier this year. Even the price is comparable between the two boards. The BIOSTAR Hi-Fi Z77X can be found on Newegg for $149.99 +$7.56 shipping right now. That’s not a bad price considering that you can drop that on a sound card alone, and here we are getting a motherboard and a Hi-Fi audio! 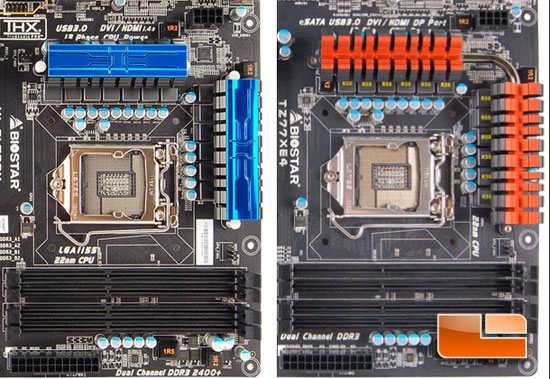 Upon a closer examination they two BIOSTAR Intel Z77 motherboards are nearly identical, at least when it comes to the PWM’s and area around the Intel LGA1155 socket. Obviously there are a few minor differences, mostly having to do with the heatsink and silk screening on the PCB. All of the critical parts like the chokes and 100% Japanese solid capacitors match up. Both of these boards are using a 13 phase CPU power delivery method for the CPU. Moving around the Hi-Fi Z77X we notice a couple of other differences as well. The Hi-Fi Z77X only has six SATA ports (2 SATA III 6Gbps, 4 SATA II 3Gbps) 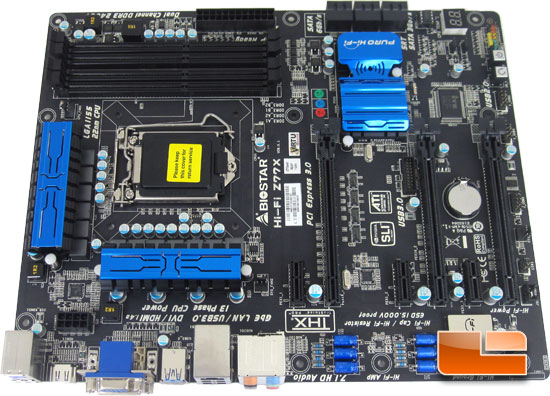 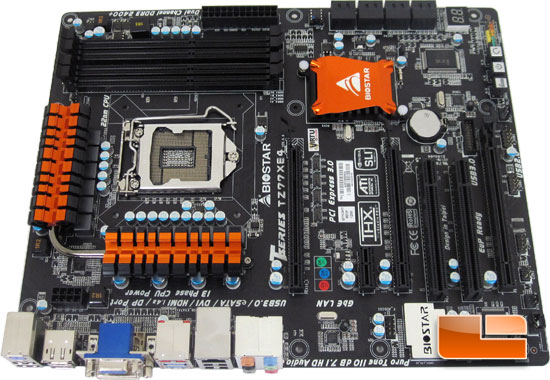 Looking at the BIOSTAR TZ77XE4 and the BIOSTAR Hi-Fi Z77X, there certainly aren’t a lot of differences. The first difference to jump out is the color and style of the heatsinks. The BIOSTAR Hi-Fi Z77X uses a touch of blue on the heatsinks that looks nice. The BIOSTAR TZ77XE4 heatsinks take advantage of heatpipe technology to aid in the cooling while the Hi-Fi Z77X doesn’t. Looking at the expansion slots of the two boards, the overall layout is a little bit nicer on the TZ77XE4 as it allows you to run multiple dual slot graphics cards while leaving a single slot between them. The Hi-Fi Z77X does allow for three dual slot graphics cards but there is no space between the second and third slot if dual-slot cards are used. Over 90% of gamers only use one graphics card, let alone three, so no big deal. 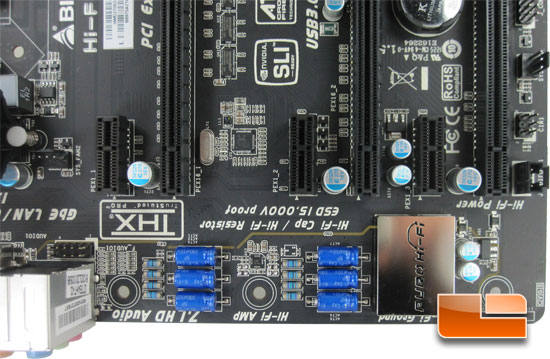 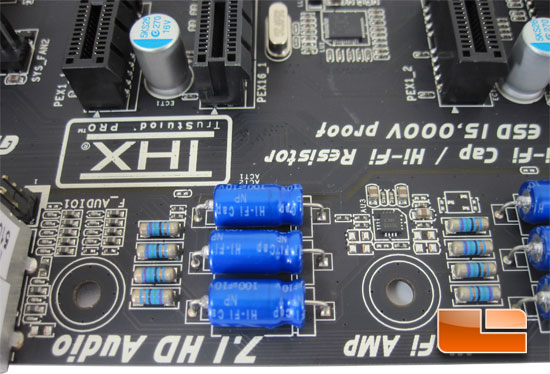 The Hi-Fi series of motherboards from BIOSTAR use non-polarized electrolysis electrec audio capacitors for each audio channel circuit. These crucial components offer low noise, low distortion and wide bandwidth which will help us to hear high sound resolution and expansion. 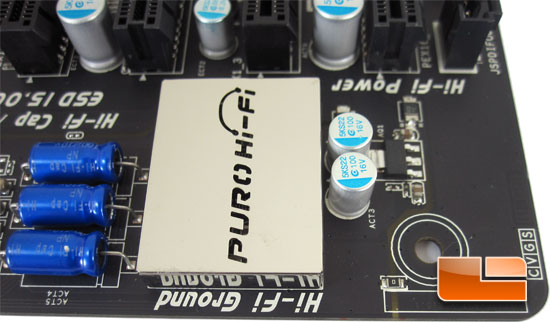 Below the Puro Hi-Fi Stainless cover we can find the Realtek ALC898 high definition audio codec that is at the heart of the BIOSTAR Hi-Fi Z77X. We were more than a little surprised to find out that the Hi-Fi series of motherboards are still utilizing the same audio codec that many boards are using. The Realtek ALC898 is no slouch when it comes to audio. The ALC898 offers up ten CAC channels, this means that you can simultaneously playback audio streams in 7.1, as well as the 2 channels on the front panel. It will also us a sampling rate of 192KHz/24bit high quality audio.