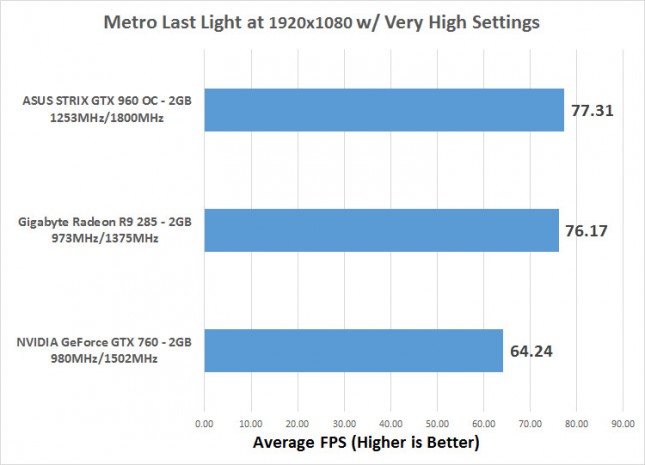 Benchmark Results: In Metro: Last Light the Radeon R9 285 averaged 76.17 and the GeForce GTX 960 averaged 77.31! There is just a single frame per second difference between these two competing cards in this particular benchmark with these drivers. The NVIDIA GeForce GTX 760 2GB reference card averaged 64.24 FPS.