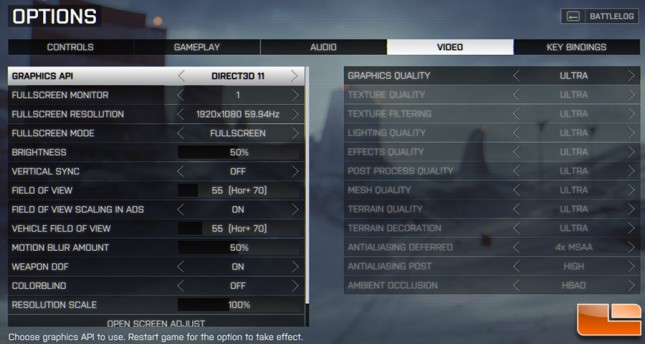 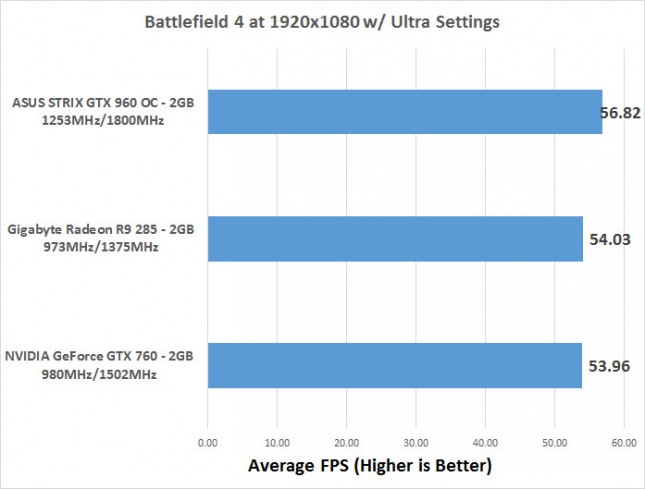 Benchmark Results: In Battlefield 4 with Ultra settings at Full HD 1080P resolutions we found that all three video cards were pretty much dead even with less than a 3 FPS difference between them. None could average over 60FPS, but they are all close.