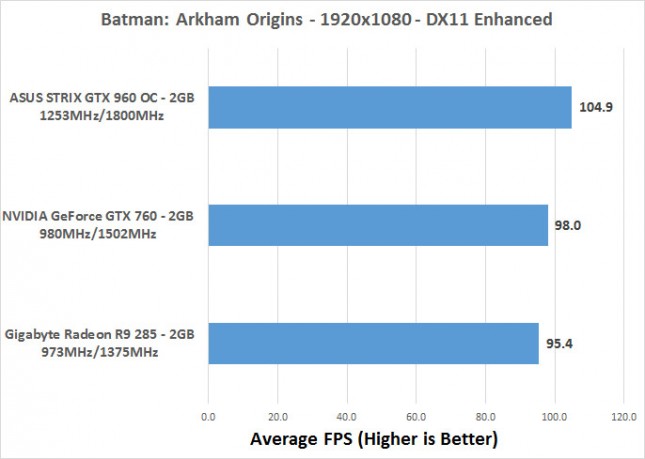 Benchmark Results: We started over our benchmark charts for the GeForce GTX 960 and will be focusing on the GeForce GTX 960, GeForce GTX 760 and Radeon R9 285 video cards in this review. These cards all have 2GB of GDDR5 memory and are priced in the $199-$235 price range. The ASUS STRIX GTX 960 2GB video card didn’t blow the GTX 760 reference card away, but was found to be 7% faster. The AMD Radeon R9 285 put up a solid score, but the STRIX GTX 960 was 10% quicker on average.