What about non-gaming performance? The ASUS ROG STRIX GL502 was built to be a gaming notebook and luckily that means you also have solid all around performance. Take a look at some of these test results! 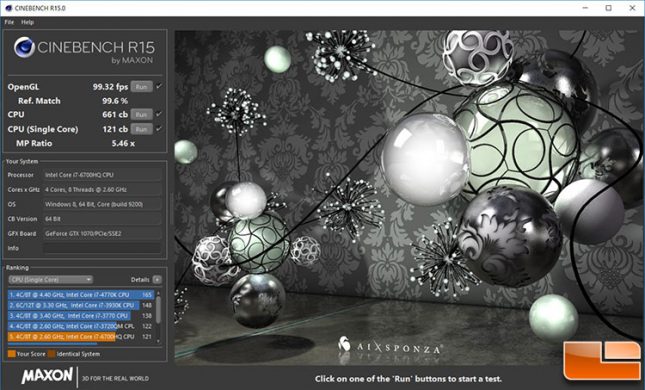 The STRIX GL502 powered by the Intel Core i7-6700HQ CPU and GeForce GTX 1070 8GB video card crushed Cinebench R15 by turning in scores of 99.32 FPS on the OpenGL benchmark and 661 cb on the multi-CPU benchmark. Try downloading this free benchmark and running it on your current desktop or notebook to see how your system compares!

The ASUS ROG Strix GL502 that we are testing was very responsive thanks to having a primary 256GB SSD and a secondary 1TB HDD. We had a limited time to test this gaming notebook, so we just installed everything to the primary drive. You’ll want to install Steam and your gaming apps to the primary drive and then change the path do the game file directory to the secondary hard drive. The Samsung SM951 256GB M.2 PCIe SSD had impressive sequential read/write performance scores of 1466 MB/s read and 1235 MB/s write with the drive 82% full and heavily used over the past couple of weeks. The HGST Travelstar 7K1000 HTS721010A9E630 (0J22423) 1TB 7200 RPM 32MB Cache SATA 6.0Gb/s 2.5-inch notebook hard drive topped out at 144 MB/s read and 138 MB/s write on the sequential tests and that is fair for a rotational drive. 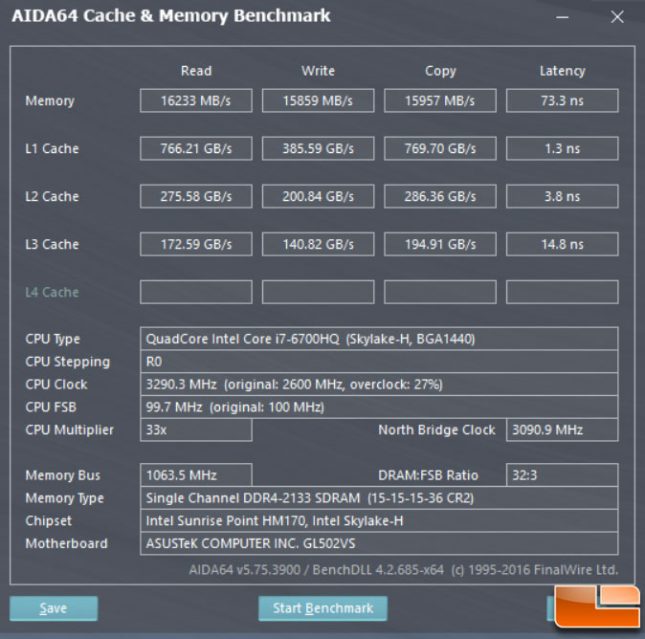 The AIDA64 benchmark results were a bit surprising as we discovered that the GL502VS ships with single-channel memory. ASUS opted to use a single Samsung 16GB DDR4 2133MHz memory module with CL15 timings. This limited the performance to around 16GB/s of bandwidth for the AIDA64 read/write/copy tests, but also means you can add an extra module down the road for additional storage space and to enable dual-channel memory. 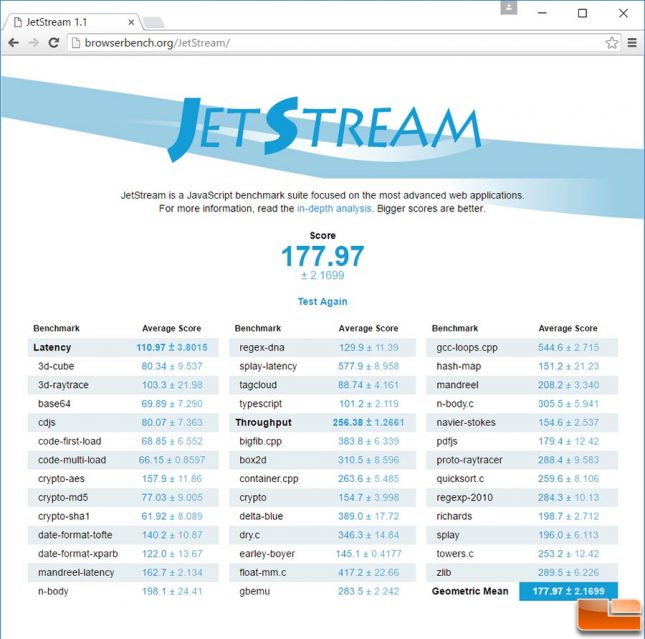 Speaking of responsiveness…. How about a score of 177.97 on the JetStream JavaScript benchmark suite? This is a very high score for a notebook and something you can easily run at home on your own PC if you want to see what you get now. 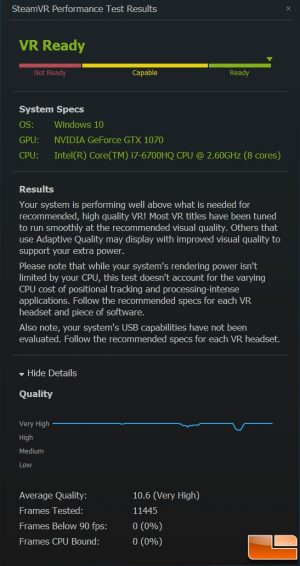 One of the key new features of the ASUS ROG Strix GL502 gaming notebook with the NVIDIA GeForce GTX 1070 graphics solution is that it is VR ready. We ran the SteamVR Performance Test and found that it had a very high average quality rating (10.6) with no frames below 90 FPS or CPU bound!

The NVIDIA GeForce GTX 1070 is also ready for DirectX 12 game titles and runs the latest 3DMark benchmark, Time Spy, like a champ. The ASUS ROG Strix GL502 turned in a score of 4,852 points with a graphics score of 5,183 points. 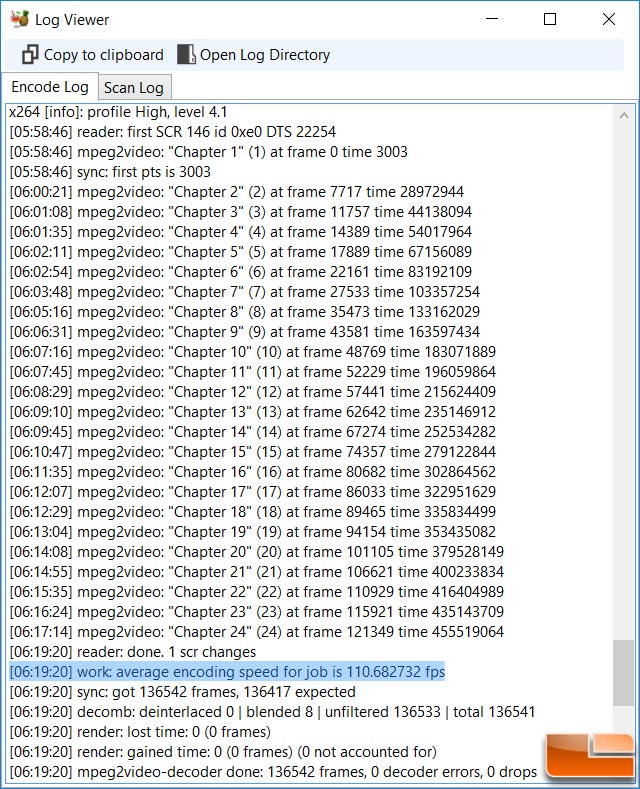 The ASUS ROG Strix GL502 gaming notebook doesn’t come with an optical drive, but if you wanted to rip a movie and have an external USB drive you most certainly can. We ripped a 1.5 hour long mpeg2 DVD in 21 minutes using the MKV container, high profile preset and an 18 setting for the video quality. The average encoding speed for a 720×480 DVD was 111 FPS, so encoding DVD or Blu-Ray discs is no problem for this gaming notebook.

This is a versatile gaming notebook!