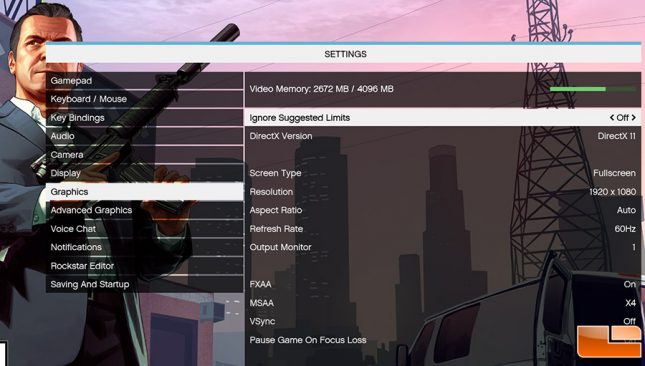 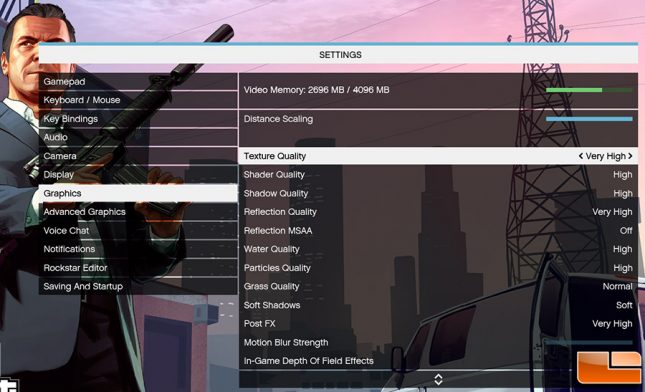 In Grand Theft Auto V we set the game to run with high image quality settings as we didn’t want the GPU to bottleneck the system too bad, but wanted a setup that your average gamer would actually play on with this system. We used the games built-in benchmark utility to have at least one game we used that could be compared to your setup at home. We averaged all the five of the default benchmark runs and omitted both the minimum and maximum values as those results are garbage due to major inconsistencies. 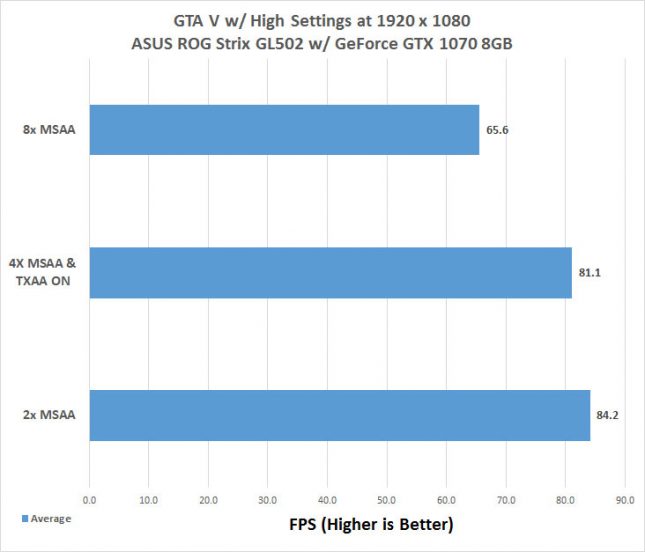 Benchmark Results: When it comes to GTA V we found that the ASUS Strix GL502 was capable of 84.2 FPS ion average with 2x MSAA enabled. We were so happy with this we enabled 8x MSAA and we were still averaging above 65 FPS on average!