The ASUS PCE-AC66 is a 802.11ac Wi-Fi PCI Express adapter for desktop that allows you to to ditch the Ethernet cords and experience 802.11ac wireless speeds of up to 1.3Gbps through the 5GHz band. This is made possible because the ASUS PCE-AC66 uses Broadcom’s new 5th generation Wi-Fi 802.11ac chipset. This is three times faster than what is possible with 802.11n Wi-Fi, which is one heck of an upgrade. At the same time, the ASUS PCE-AC66 is fully backward compatibility with all previous Wi-Fi protocols, so it will easily work with the wireless router you currently own. If you are looking to get the full potential of your 802.11ac router, this is the card to get for your desktop! 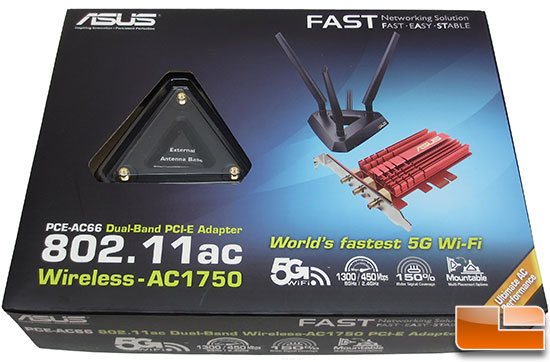 The ASUS PCE-AC66 Dual-Band Wireless-AC1750 Adapter runs $93.99 shipped and is the only 3×3 (1300Mbps) draft 802.11ac network adapter card available on the market today. If you want to place a desktop computer in a remote part of a house or can’t run a hardwired network connection due to how difficult it would be, this is the solution for you. Most USB wifi adapters are held back when it comes to performance due to the slow USB 2.0 interface and poor signal strength. Having an unreliable internet connection is very frustrating, so that is where the ASUS PCE-AC66 Dual-Band PCI-E Adapter comes in. You just plug this card into an open PCIe slot, use the provided ASUS software to connect it to the router and you are done. The ASUS PCE-AC66 allows for Tx Power adjustment, which means you can set the transmission power of the device! You can adjust the power from 1mW all the way up to 200mW. No wonder ASUS claims that this PCI-E adapter will give you 150% more coverage than generic wireless adapters. 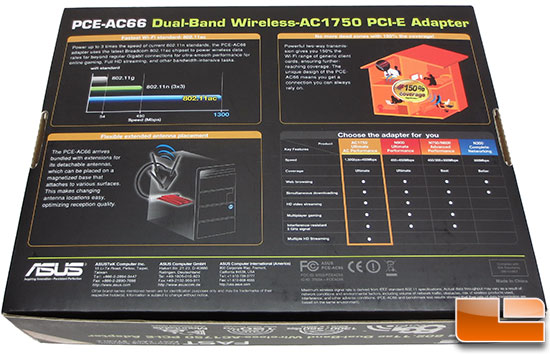 The back side of the ASUS PCE-AC66 Dual-Band Wireless-AC1750 PCI-E Adapter retail packaging highlights some of the key features of the device and shows that it is the best adapter available from ASUS. ASUS shows this card as having the ‘ultimate’ level of performance and is capable of multiple HD streams on the interference-resistant 5GHz signal. 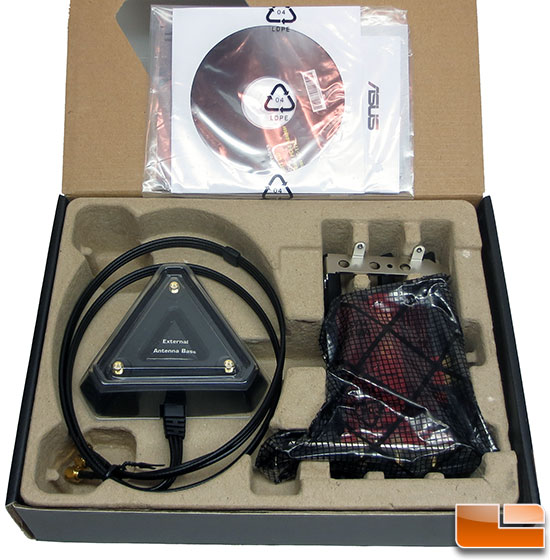 Inside the retail packaging you’ll find three dipole antennas, the external magnetic antenna base, an option low profile PCIe bracket, driver CD, warranty card and the PCIe x1 wireless LAN adapter. Everything you need to get this wireless network adapter is included! 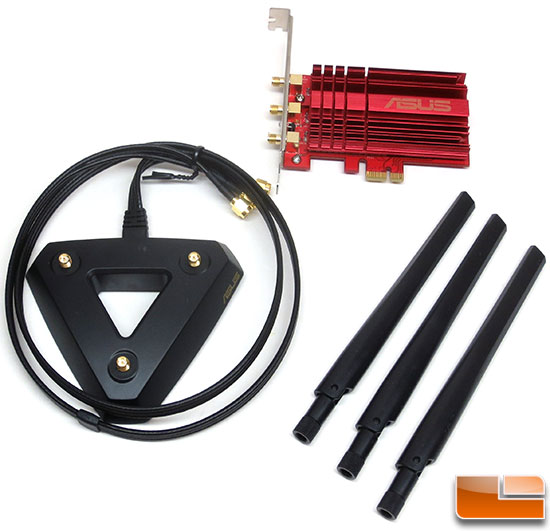 Here is a closer look at the card, antennas and the external antenna base that allows for better adjustments for improved signal reception quality. The detachable antenna base is magnetized, so you can attach it on your PC case if it is steel or on a variety of other items. 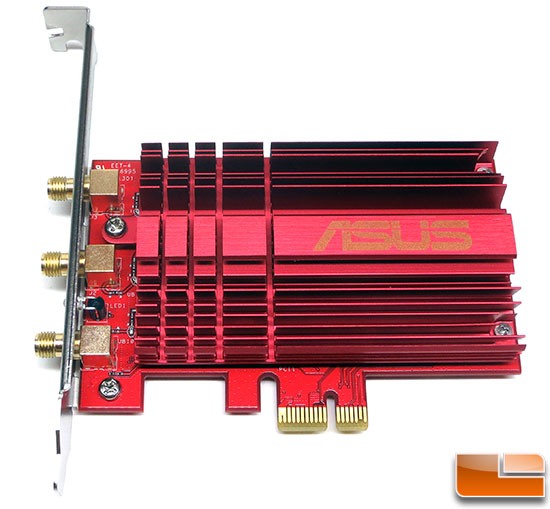 The ASUS PCE-AC66 PCIe card uses a red PCB with an anodized red aluminum heatsink to remove heat from the Broadcom 802.11ac chipset. ASUS says that this was done to ensure the best reliability possible in all regions of the world. Lower temperatures translate into a more stable device in all climate conditions, even during hot summers, and greater stability means more consistent connectivity and longer product lifespan. ASUS is using the Broadcom BCM4360KMLG controller that is a 3-stream 802.11ac WiFi System-on-Chip (SoC) in case you are curious. 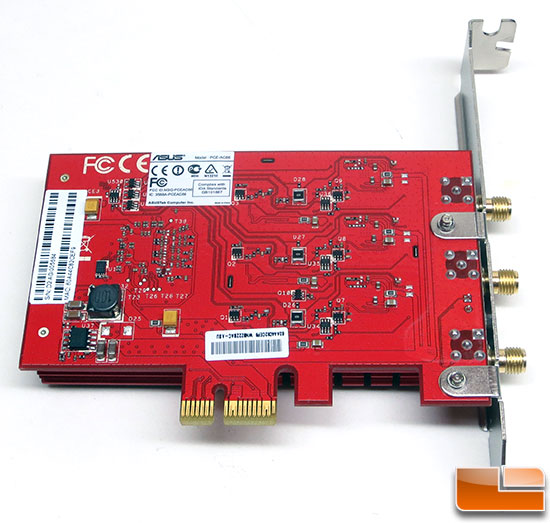 On the back side of the ASUS PCE-AC66 you’ll see some more components, but nothing major or worth talking about. The most interesting thing back here is the serial number sticker, which would come in handy during the 1-year warranty period. The warranty is limited, but ASUS should cover any hardware defects you may be experience during this time.

The ASUS PCE-AC66 needs to be installed into an open PCIe expansion slot in your desktop PCs motherboard. Once you have the card mounted inside your case you just need to attach the cards three antennas. These antennas can be mounted directly to the back of the card or on a magnetic antenna base that comes with a 1 meter long cable. 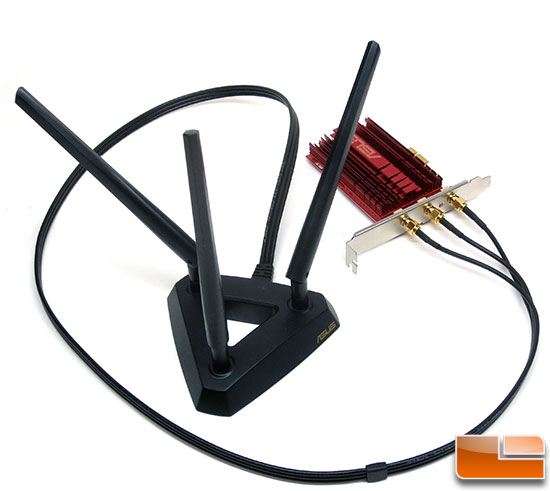 Here is a look at the ASUS PCE-AC66 with the magnetic base attached to the card and the antennas attached. We tested the card in this configuration with the base sitting on top of our desktop PC case.