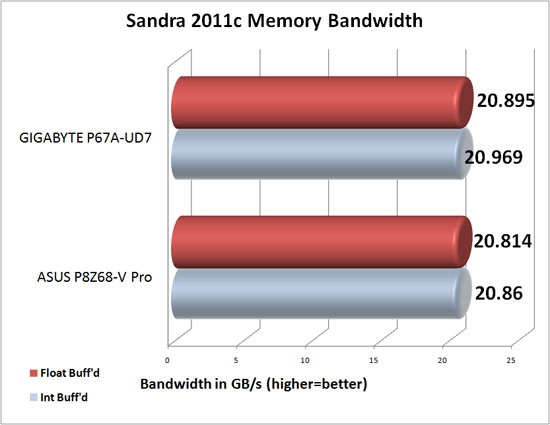 Benchmark Results: There is very little performance difference in SiSoftware Sandra 2011c. The ASUS P8Z68-V Pro was slightly behind in both the Float and Integer Buff’d bandwidth tests, though only by ~.5%. Not a difference that would affect daily performance.