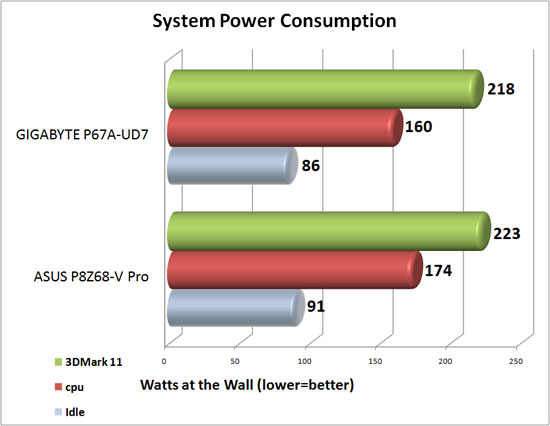 Benchmark Results: The ASUS P8Z68-V Pro pulled slightly more power from the wall than the GIGABYTE P67A-UD7 did. The difference at idle and while running 3DMark 11 was only 5 Watts while loading the CPU with Prime 95 we saw a difference of 14 Watts. We are running an early version of the P8Z68-V Pro system BIOS which may have an effect on the power consumption.