Before we dive into the layout we wanted to show you a great unboxing video that ASUS did on the P8Z68-V Pro motherboard. Since this is the same motherboard that we are reviewing today we thought this 13 minute deep dive by ASUS was very informative and worth a watch. 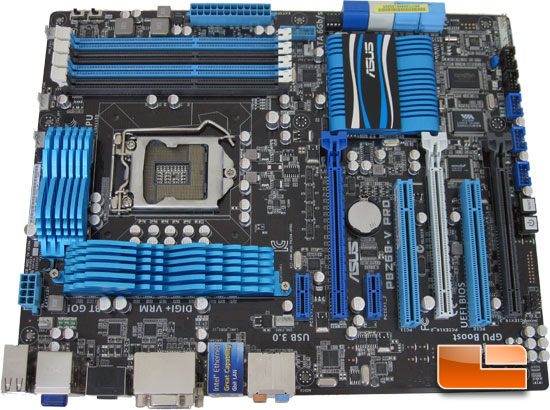 The ASUS P8Z68-V Pro motherboard is a nice looking board. The blue and black theme is a bit overdone in my eyes, though it is a time honored look and continues to work. 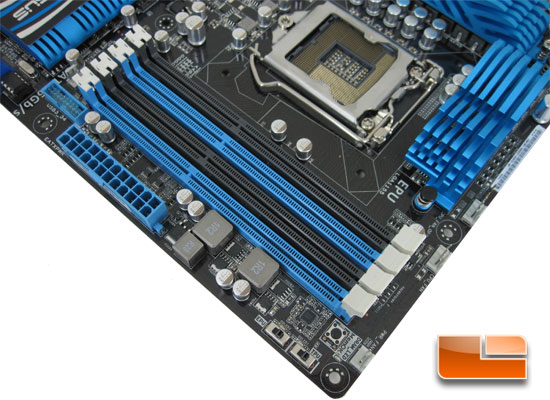 The ASUS P8Z68-V Pro supports quite a bit of memory; in fact, it will support 32Gb of memory in a dual channel configuration with speeds ranging up to 2200MHz (O.C.). On the corner of the board we have a couple of buttons and switches. The button just above the mounting hole is for the MemOK! feature. The MemOK! feature will aid in solving memory compatibility features if your system fails to boot for that reason. The pair of switches next to the mounting hole location are for the TPU and EPU features. TPU is for “the Ultimate Turbo Processor” while the EPU is a realtime PC power saving chip. 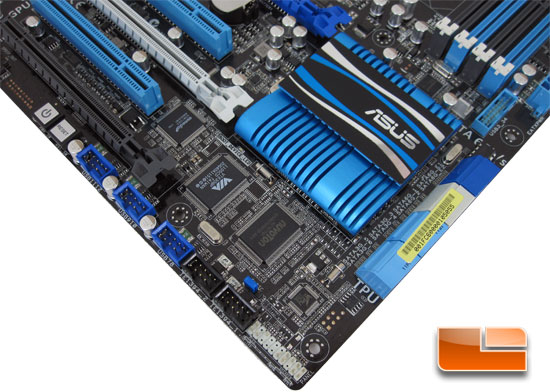 Swinging the ASUS P8Z68-V Pro motherboard around we can find the usual suspects here. On the upper right side of the photo we have a front panel USB 3.0 header with a 3 pin fan header just above it. The ASUS P8Z68-V Pro has a total of eight SATA ports. The pair of dark blue ports are SATA 6Gbps which are controlled by a Marvell PCIe SATA 6Gbps controller. The pair of white SATA ports come directly off of the Intel Z68 chipset, as do the four light blue SATA 2 ports. Working our way up the left edge, we start out with the pin out for the front panel, followed by a pair of 1394 headers (black), with three USB 2.0 headers finishing out the edge. Along the edge there are a number of IC’s worth mentioning. The smallest, just above the front panel pin out, is the ASUS TPU, while to the left of it is the NUVOTON NCT6776F Super I/O controller. Just beyond the NUVOTON controller is a VIA VT6308P 2 port IEEE 1394 controller. The final IC is the ASMEDIA ASM1083 PCI controller. 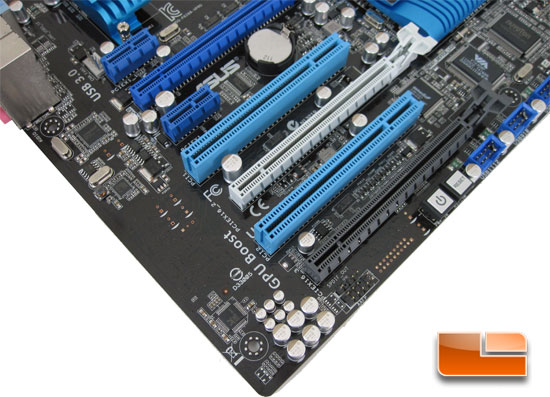 Oddly enough, this corner of the ASUS P8Z68-V Pro motherboard looks quite empty if you compare it to the ASUS P8P67 Deluxe we looked at back in January. Though, there are still a couple of features here to look at. Picking up where we left off, just past the USB 2.0 headers are the onboard power and reset buttons, with the pin outs for the front panel audio and SPDIF connectors. To the left of the mounting hole is the Realtek ALC892 High Definition audio Codec, followed by a large empty space. Beyond the empty space is the Intel WG82579V Gigabit Ethernet controller. On past motherboards, such as the ASUS P8P67 Deluxe, ASUS has used the NEC USB 3.0 controller chip. They have recently switched over to using the asmedia ASM1042 USB 3.0 controller chip. 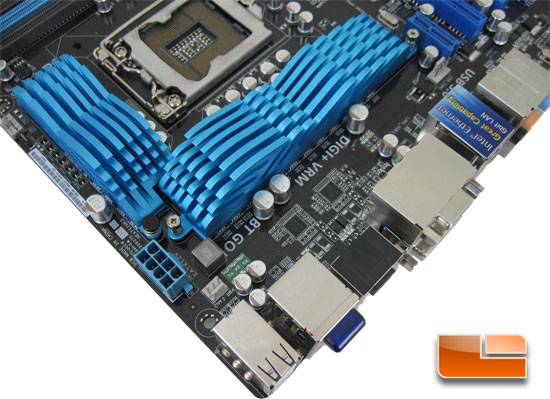 Sitting behind the I/O panel is a pair of asmedia ASM1442 IC’s. We can also see some of the features of the ASUS P8Z68-V Pro motherboard printed on the PCB, such as the BT Go and DIGI+ VRM.

The I/O panel for the ASUS P8Z68-V Pro motherboard has the usual suspects that are pretty much a standard today. We have a total of eight USB ports, two of which are USB 3.0 controlled by the asmedia ASM1042 controller mentioned above. What does separate the P8Z68-V Pro motherboard from the P67 series is the addition of the video out ports. As we can see above we have a VGA, DVI, and a HDMI out.