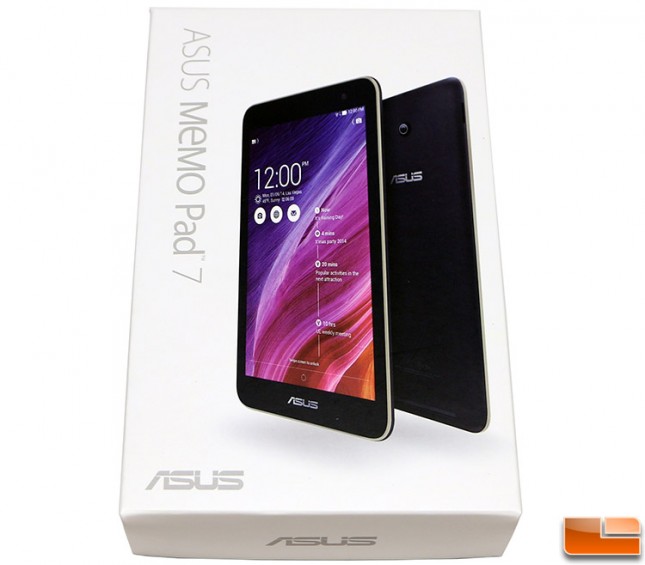 Budget friendly Android tablets are a dime a dozen these days, but they all aren’t created equally and there are some very bad tablets out there. When you get into the sub $150 tablet market you need to be very careful with what tablet you go with as companies start cutting costs by reducing the hardware specifications and that can lead to subpar performance and an overall bad user experience. If you’ve ever purchased an inexpensive tablet thinking that they were all the same, you usually find out in under three minutes that you screwed up and will be running to return it. ASUS, the company behind the hardware of the Google Nexus 7, is still charging ahead in the tablet market and recently released the Memo Pad 7 for $149 (around 129 or AU$170). The ASUS Memo Pad 7 ME176C is similar to the original Nexus 7, but the housing is a tad bit larger and the hardware inside is very different. The ASUS Memo Pad 7 is powered by an Intel Bay Trail Atom processor and this is the very first Android tablet that we have seen powered by Intel in the United States.

The ASUS MeMO Pad 7 comes in black, yellow, red, blue or white. ASUS is clearly trying to appeal to everyone with the MeMO Pad 7 and companies have learned that people like particular colors! The MeMO Pad 7 is also just 9.6mm thick and weighs just 295 grams, so it isn’t bulky, and it fits nicely in an average sized hand and won’t be taking up much room in your purse, hand bag or backpack. 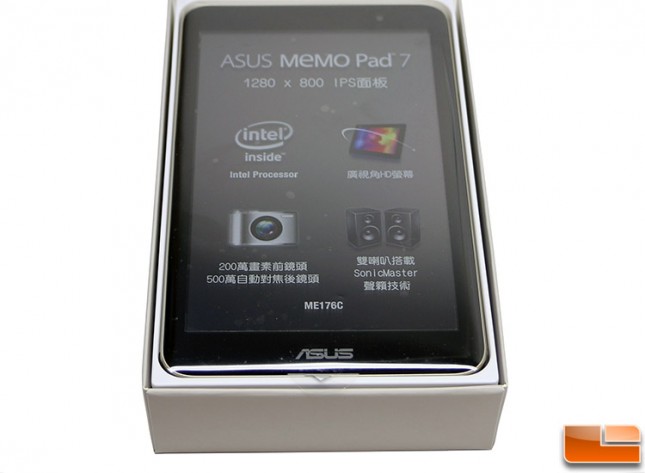 Inside the retail packaging the ASUS MeMO Pad 7 comes in a protective sleeve that highlights all the main features of the tablet. For starters, the ASUS MeMO Pad 7 features an IPS display with a 1280×800 screen resolution. Processing tasks are handled by the Intel Atom Z3745 64-bit quad-core SoC running with a base clock of 1.33GHz and able to hit 1.86GHz when it Turbo mode. The processor is paired with 1GB of memory (RAM) and 16GB of on-board storage.It should be noted that Intel has moved away from PowerVR graphics on Bay Trail and over to their own Intel HD Graphics solution. This actually means that the graphics performance improves and that Bay Trail tablets should be up to the task when it comes to gaming or GPGPU workloads. 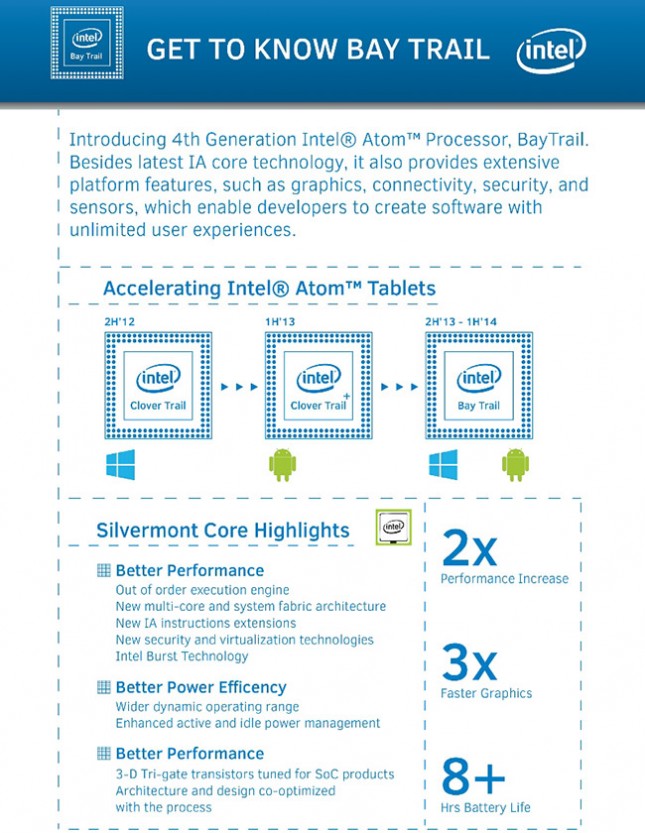 We’ll talk about some of the other key features of this tablet in the more detailed images below. 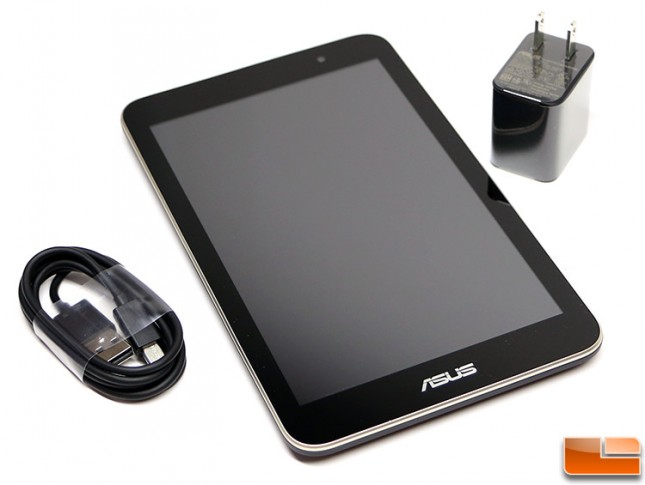 The ASUS MeMO Pad 7 ME176C comes with the wall power adapter and a USB charging cable, so everything you need to use the tablet is included. Tablets don’t really need a huge accessory kit, so this shouldn’t come as a shock to anyone. 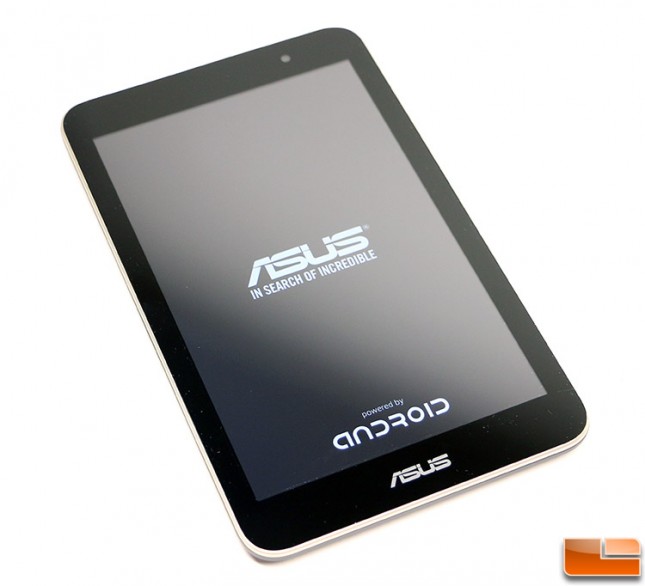 The screen on the ASUS MeMO Pad 7 tablet measures 7-inches and features a HD IPS display with a 1280×800 resolution. For more than obvious reasons, the MeMO Pad 7 tablet doesn’t have an actual keyboard, for that there is a Virtual QWERTY Keyboard with SWYPE technology. The front facing 2MP camera is located along the top bezel and can be seen in the image above. It isn’t centered, but that doesn’t really matter on a handheld device as you can always just twist it. 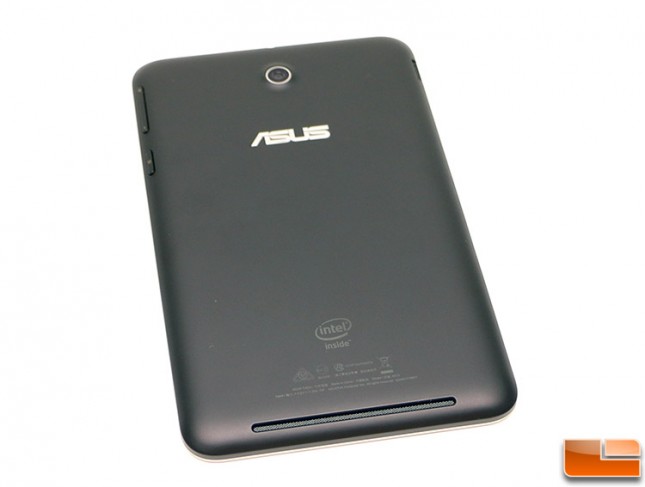 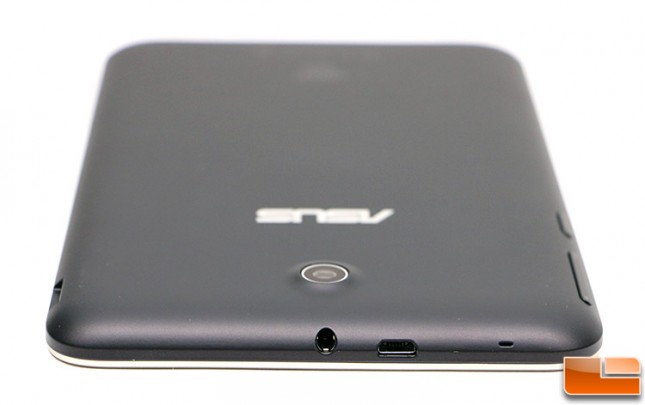 Along the top edge of the ASUS MeMO Pad 7 you’ll find the the micro-USB port for charging and syncing, the 3.5mm audio jack and finally the microphone hole that is is located off to the side. Having the USB charging port on top of the tablet may not be common, but you get used to it rather quickly.

On the right side of the ASUS MeMO Pad 7 you’ll find the volume rocker button up top and then below that the power button. This is a very odd configuration and it takes some getting used to. The original Nexus 7 and Gen 2 Nexus 7 both had the power button on the top and the volume button below that. We aren’t sure why ASUS changed the positioning, but they did. Also on the back of the tablet is the 5MP rear facing camera. There is no camera flash, but keep in mind this is a sub $149 tablet and aimed to be price competitive. 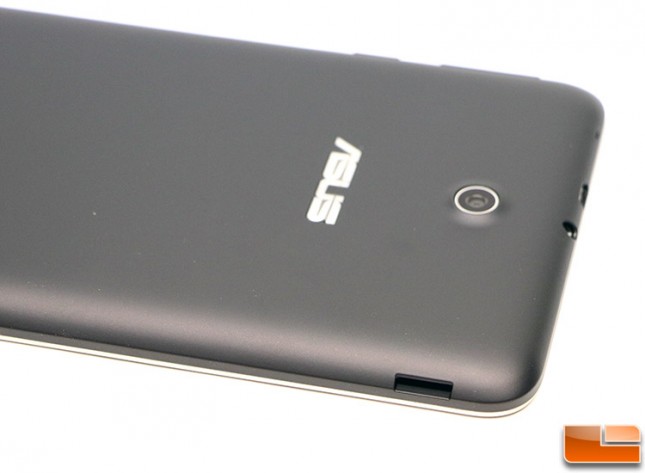 On the left side of the ASUS MeMo Pad 7 you’ll find the microSD memory card slot. The ASUS MeMO Pad 7 comes with 16GB of internal storage, but the preloaded apps and OS use up 5GB of storage space. That leaves you with right about 11GB of usable storage space. If you wanted to expand the devices storage you can pop in up to a 32GB microSD card for a grand total of up to 48GB of storage space. 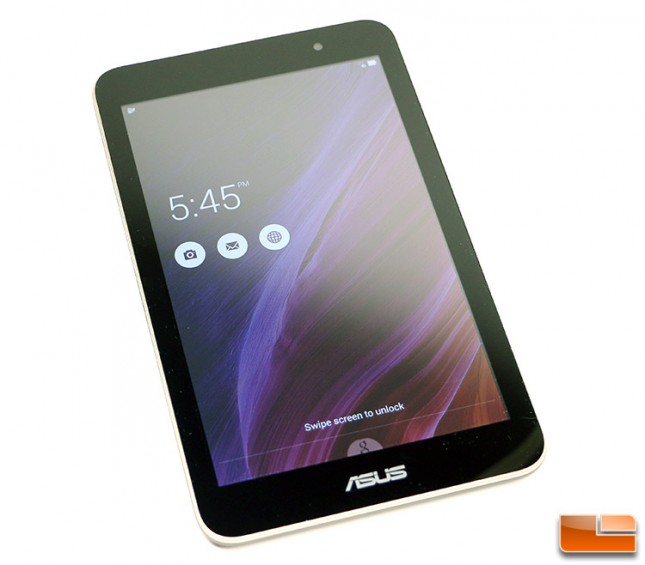 Now that we have a pretty good overview of the tablet features we can take a closer look at the software on it and then move along to benchmarking!