For testing the storage capabilities of the ASUS Maximus VIII Extreme, we will use CrystalDiskMark 5.0.3.  Before any testing is done, the specific storage device will be formatted and the test system rebooted.  When appropriate, we will utilize the SanDisk Ultra II 480GB SSD with a rated speed of “up to” 550MB/s Sequential Read, and “up to” 500MB/s Sequential Write.  For testing M.2, a Kingston Predator 240GB will be used, this drive has a rated speed of 1290MB/s Read and 600MB/s Write.  Testing the USB 3.1 interface does no good at this point as there are no drives that can take advantage of the increased bandwidth.  We will check the Type-C connector out, using a Kingston MicroDuo 3c, which has a 100MB/s Read and 15MB/s Write. 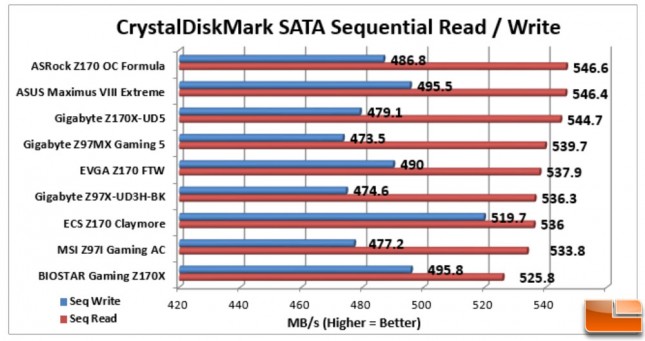 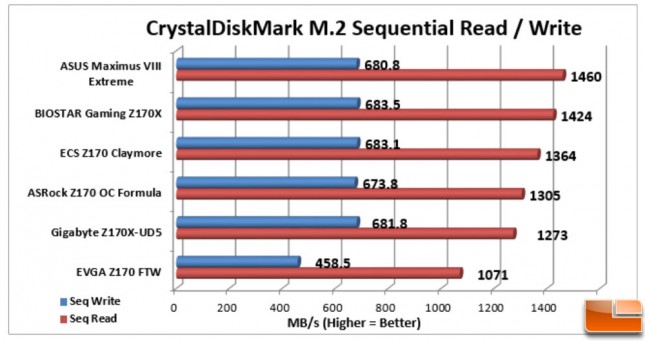 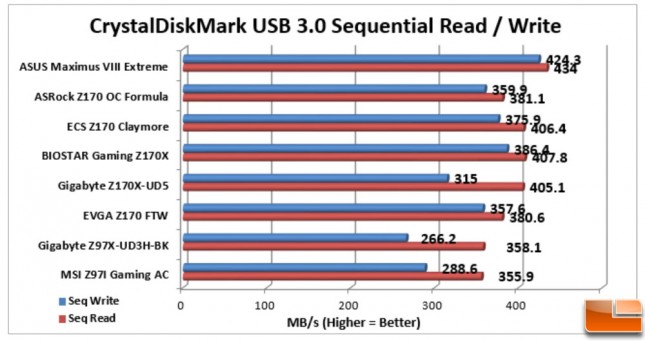 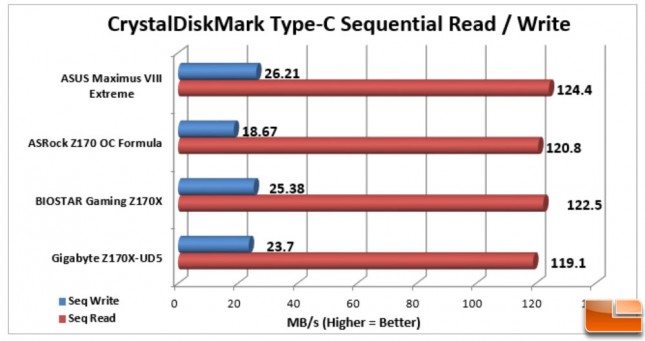